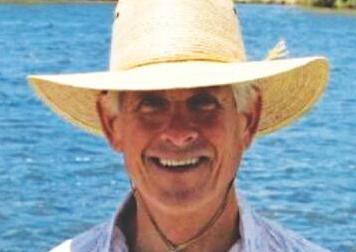 If the size of a binder filled with adoring thank-you letters and other written remembrances by former students, teachers and community members is any indication, arts educator Chip Shaw touched hundreds, if not thousands, of lives in the Pikes Peak region.

“I credit Mr. Shaw for caring enough to help pry my eyes open to my own potential,” wrote one of those students, Cody Keller, in a printed-out Facebook post. “Not only do I credit him for helping me believe in myself as an artist, but really helping me realize why it is so important that those who feel art might be a major calling in their life… not ignore this call or fear this call as a result of social pressures or possible lack of economic promise.”

Shaw, a lifelong artist who spent four decades inspiring and guiding students, began his career at Bemis School of Art at Colorado Springs Fine Arts Center at Colorado College, where he taught classes and served as head of the ceramics department and assistant director. He went on to spend more than 30 years teaching elementary, junior high and high school in Cheyenne Mountain School District 12, also serving as chairperson of the high school fine arts department and head of the district’s fine arts department.

After retiring in 2019, in December he was diagnosed with progressive supranuclear palsy, a rare neurodegenerative disease with no treatment. He died June 23. He was 64.

A new exhibit, “Chip Shaw Retrospective,” will open with a free reception from 5-8 p.m. Friday at Manitou Art Center in Manitou Springs. The show features about 200 works, including ceramics, pastel paintings, pen and ink drawings and photos, and runs through Sept. 25.

“He loved inspiring his students, both in art and in messages about life,” said his wife, Ann Shaw. “Many of the messages in this (binder) convey that a student might have insecurities when expressing oneself with art. He had a wonderful way of highlighting and showing them what they were capable of.”

Ann, a pastel artist, remembers the first time she saw Chip’s work decades ago. It was 1984, when she managed Commonwheel Artists Co-op in Manitou Springs.

“I was taken the first time I saw his art in Commonwheel, having not met him yet,” she said. “His drawings were so exquisite. He was particularly drawn to nature and human figures. They were very sensitive pieces. I loved watching him work. He was very disciplined and centered on what he was doing, with clay, paintings, jewelry. In spite of his large hands he could work a fishing line or jewelry strand and work that delicately, brushing on metallic gold.”

Shaw, a Colorado Springs native, lived with his family between the Springs and Mount Massive Lakes near Leadville. He graduated from St. Mary’s High School in 1975 and went on to earn his bachelors in arts education from Colorado State University in Fort Collins. In the mid-’90s, he earned a master’s in ceramics at Adams State College in Alamosa.

Living in such close proximity to nature during his early years turned him into a mountain man who especially loved to fish, and nature remained his primary inspiration, said Ann.

Some of his earliest pieces, nature-based pen and inks he did at age 15, will be featured in the exhibit, as well as a college series of works depicting the interaction between nature and humans.

Ceramicist Rui Haagen taught alongside Chip for 18 years after Chip met her at Clayfest, a former Manitou event, and observed her teaching art classes at the Business of Art Center, now Manitou Art Center.

“He was so sensitive with his students and always brought out the best in their own creativity and self-expressions,” Haagen said.

“He was so supportive of me. It was such a gift from heaven. I can’t tell you what a huge impact on my life he had. I’m living an even more enriched life today as a result of Chip.”

The two would play in the clay together, she said, and she was always impressed by the rounded forms of his work.

“If I hadn’t known who (the artist was), I’d have thought he was a woman,” she said. “With the sensitivity and the intuitiveness and awareness. He had a high emotional IQ.”