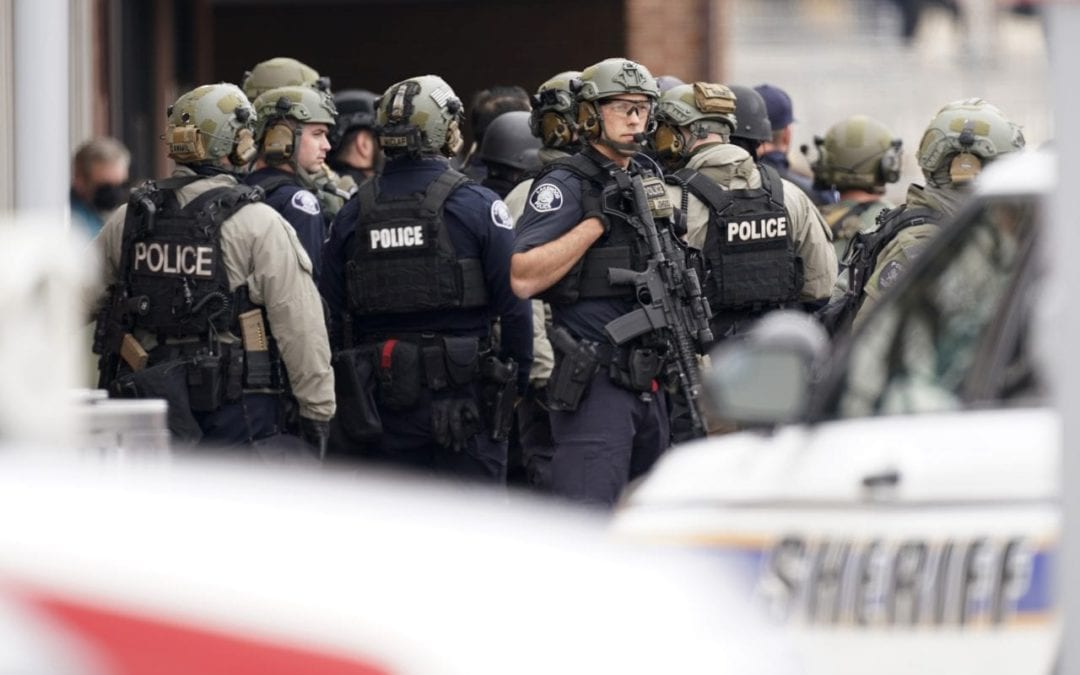 It’s unclear if anyone has been injured, but a shirtless man with blood running down his leg was escorted out of the store in handcuffs

Authorities in Colorado responded to what they said was an active shooter at a supermarket Monday.

It’s unclear if anyone has been injured, but a shirtless man with blood running down his leg was escorted out of the store in handcuffs by two police officers.

Police in Boulder tweeted Monday that the shooter is at a King Soopers grocery store.

Television helicopter video showed law enforcement vehicles and officers massing outside, including SWAT teams, and at least three helicopters on the roof of the store in Boulder, home to the University of Colorado about 25 miles (40 kilometers) northwest of Denver.

Officers had their guns drawn, and some windows at the front of the store were broken. Authorities over a loudspeaker said the building was surrounded and that “you need to surrender.” They said to come out with hands up and unarmed.

Colorado Gov. Jared Polis tweeted that he’s “closely watching unfolding events at King Soopers in Boulder. My prayers are with our fellow Coloradans in this time of sadness and grief as we learn more about the extent of the tragedy.”