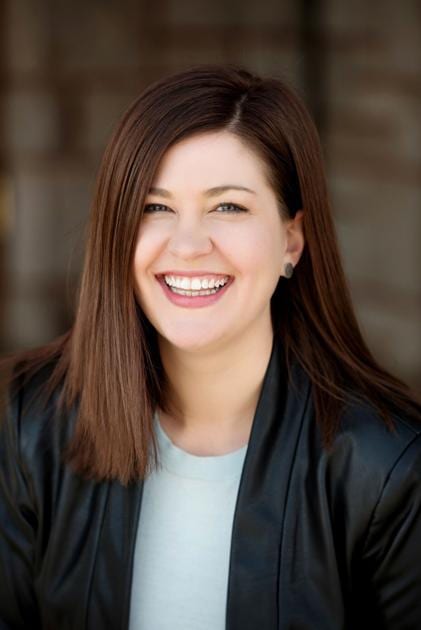 $6,250. That’s the yearly stipend bestowed upon the people who decide how our city should function. That’s right. Colorado Springs City Council members are paid only $6,250 for developing policy that guides our city’s growth and serving as the board for our publicly owned utilities. By contrast, El Paso County commissioners make upwards of $100,000 a year for similar work, in the same community, with the same cost of living. Why would we continue to allow this devaluing of the people who broker deals with Scheel’s and Amazon, who decide how our utilities will grapple with climate change, who develop the strategic plans that guide our city’s growth?

But why should compensation even matter to us? Shouldn’t civil servants be able to lean deeply into that “servant mentality” and give their time for free to the city they love? It should matter to us because we should want the best possible group of individuals to be guiding our city into the future and the best possible humans are not all independently wealthy or retired. Remember that adage, “you get what you pay for”? Well, I believe that we are not recruiting the best candidates for the job because we’re not willing to compensate them fairly. We should care about the ideas that are able to be present at the table when our city’s future is on the line.

In a city that has been named the Most Desirable City in America (well, we tied!) and the fourth Best Place to Live, it seems like we don’t want the kind of forward-looking leaders that will help us maintain those standards for the people who’ve been living here for a long time. We need the ideas of teachers and entrepreneurs and nonprofit leaders. We need diversity of race, ethnicity, age, and gender on our council to ensure that the needs of the whole of our community are being met. And we won’t get there until we start recognizing that the young firefighter, who has great ideas about how to protect our city from future wildfires, and who wants to lead her community might not be able to feed her family on $6,250 a year.

We need leaders who don’t have to burn themselves out by working multiple jobs, but who are fairly compensated and able to stay bright-eyed toward our collective future and the opportunities and challenges that will arise. We need council members who are coming from all sectors of our economy, not just the ones that have flexible schedules and hefty pensions. We need 20- and 30-somethings bringing their passion and idealism about what we could be as a city. In the marketplace of ideas, we should be willing to pay for the best ideas and the highest quality leaders, not relying solely on the best of only a small portion of our community, those who can afford to live on pennies per hour worked. As we celebrate our sesquicentennial year, let’s think about building for the next 150 years by fairly compensating our council members.

Proponents for higher council pay say our small stipend of $6,500 per year discourages candidates with full-time jobs from running, especially young people. The only people seeking office are older citizens who are retired.

This simply is not true. First, current council pay has not dissuaded young people from running. Of the 21 candidates in this upcoming election 7 are under 40. In the 2019 council election, three of the 11 candidates were 46 or younger. Yet the voters selected Wayne Williams (56) and Bill Murray and Tom Strand, both in their 60s. City Council is not an entry-level position and history has shown experience and positions weigh more than age diversity to the voters.

Second, while the council is a full-time job and having another full-time job is difficult — it is not impossible. Four of the council members have outside jobs. Keith King and Richard Skorman ran their own businesses and were not only on council, but council presidents. Joel Miller had kids at home and a full-time job flying for FedEx, yet he was the most prepared of all of us for every meeting.

Finally, if we do not want council members to need an outside job, we have to raise council pay significantly — in the $75K — $80K range. With benefits, this would be approximately $100K per year taking the total council pay budget from its current $56K a year to $900K. The 2013 ballot question only proposed raising council pay to one-half the mayor’s salary ($48K per year) plus benefits. However, it allowed council members to still have another job. It failed 80% to 20%.

Instead of raising council pay, I believe a better use of this same amount of dollars would be to increase council staff, which would lead to better government and reduce the burden for council members who do still work.

Your nine-member council has a staff of only seven men and women who we share to do our research, etc. Nearly every other city our size has two or more staff assigned to each council member.

While we have made some progress converting one staff position to concentrate on constituent requests, the council is still mainly a reactive job.

For example, the agendas for our two council meetings this week are 1,006 and 1,134 pages, respectively. Of the 28 initiatives, only one was initiated by the council with 26 from the executive branch. Allowing the mayor to introduce legislation is a power that neither our president nor governor has, yet because of council’s small staff — it is what works for our city. As we do not want to have to pass an executive branch ordinance to know what is in it, we spend most of our time reviewing others’ initiative.

A dedicated staff member or two per council member, who knows our views, concerns, etc. would be able to read these packages and reduce those 2,140 pages to 100 or so we would need to concentrate on. This would greatly free up council member’s time to have that outside job; or even better to be proactive in advancing those initiatives we promised you during our campaigns and why you voted us into office.

In summary, our $6,500 stipend a year has not prevented young people from running nor council members from working outside jobs.

If we are going to invest another $850K a year into council’s budget, more staff and not more pay would ease the burden for members leading to more council-initiated improvements for our city as well as opening the door for even more young and/or middle age working candidates.

Candace Woods is a longtime Colorado Springs resident and community advocate who holds a master’s in Divinity focused on social justice and ethics. Elected to Colorado Springs City Council to represent District 1 in 2013, Don Knight is finishing up his second 4-year term and with term limits will be rolling off the council next month.