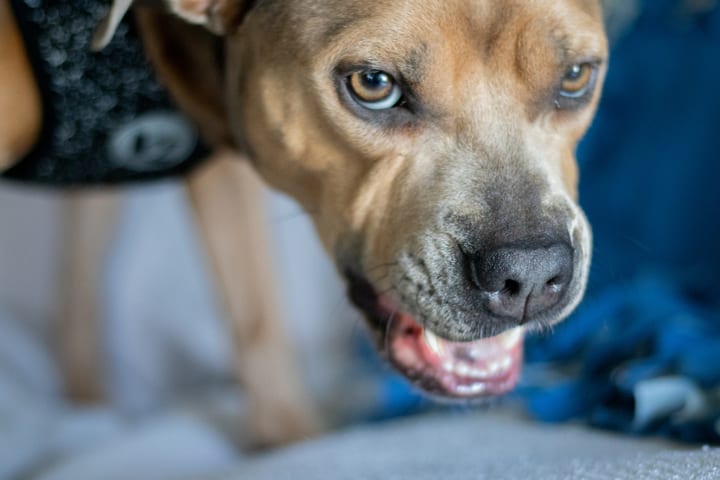 A 5-year-old child was hospitalized in Colorado last Sunday after being bitten by a pet dog and suffering “deep cuts” to their face.

The incident took place in the living room of a home in the city of Aurora, when a recently-adopted pit bull breed, named Cotto, jumped from a couch and mauled the child’s head unprovoked, leaving multiple severe lacerations.

The child’s mother told KDVR her boyfriend recently adopted the dog from the Aurora Animal Shelter, which deemed it to be safe around children.

An Aurora Police Department (APD) police report obtained by 9news revealed a 24-year-old man seeking assistance flagged an officer down near East Mississippi Avenue and said he needed an escort to the Medical Center of Aurora for an injured child.

The man, identified as Austin Chavez, 24, confirmed he was with a 25-year-old woman, a 5-year-old child and a baby at the time of the incident.

Chavez said Cotto attacked after the 5-year-old tried to leave the couch he was sitting on with the dog to move towards the woman, who had been sitting on the floor taking care of the youngest child. The mother has not been publicly named.

According to The Denver Post, the victim was visiting the residence, located in the 900 block of South Dearborn Way, and had been playing a video game at the time.

Citing city records, the newspaper reported Cotto was around 2 years old and on rabies medication. The adoption had cost Chavez $165, and the dog was one of three pit bulls adopted in the city since a ban on owning the breed was repealed last month.

The man said he was forced to pry the dog’s jaws open because it wouldn’t let go of the child’s head, and then put the dog into a bathroom. Cotto was euthanized after being surrendered to the Denver Dumb Friends League, an animal shelter.

According to the police report, Chavez provided the officer with adoption paperwork that said the dog, previously a stray, had entered the shelter in February. Marks suggested the pet was previously attacked by another dog.

An evaluation by the shelter deemed the dog not to be a risk of a serious bite and that it appeared to be affectionate.

The Safety Assessment for Evaluating Rehoming (SAFER) assessment grades from one to five, with level one being the least likely to attack. Officials ruled that the bite on the child would be considered a “level 5.” DogsBite, an organization dedicated to reducing dog attacks, said on Twitter referencing the Aurora bite victim: “Level 6 is death.”

LEVEL 5 BITE in #Aurora—Level 6 is death. The 3rd pit bull adopted out to the public in Aurora after city lifted its pit bull ban. “In the letter sent to city councilmembers, it states that the child suffered a Level 5 bite” https://t.co/H0P43MTam9

Prior to January, pit bulls were a restricted breed under city rules, alongside American Staffordshire terriers and Staffordshire bull terriers. The repeal came into effect on February 14. The ban on owning the breeds had been in place since 2005.

A GoFundMe crowdfunding campaign was set up by a family member to raise money for the child’s care. Images showed wounds around the child’s nose and eyes.

The City of Aurora said in a statement: “Our thoughts are with the victim and family and we hope for a full recovery. Aurora Animal Shelter uses the nationally recognized SAFER evaluation to assess dogs’ suitability for adoption, gauging an animal’s reaction to various encounters and stimuli such as food, toys and interactions.

“While this behavioral assessment is an effective tool, no assessment can be a predictor of animal behavior in all situations and circumstances. People who adopt animals from the shelter are required to sign [an] adoption agreement acknowledging this risk.”