Panel of 8 will choose who investigates harassment, cover-up allegations within Colorado judicial branch 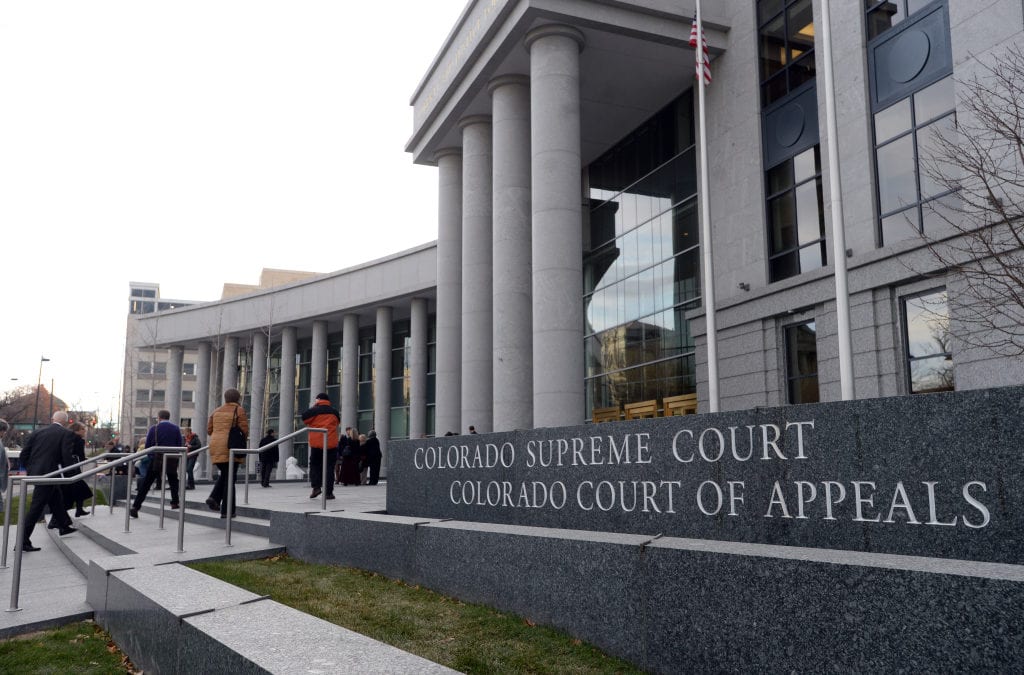 Five members of the Colorado legislature’s judiciary committees, the governor’s legal counsel and the executive director of the state’s personnel department make up the bulk of a panel announced Friday to choose who will investigate recent claims of improper conduct that have rocked the state Supreme Court.

Senate Judiciary Committee Chairman Pete Lee, D-Colorado Springs, leads the list of eight panelists chosen by the executive and legislative branches of Colorado government at the request of Chief Justice Brian Boatright to help select the investigators into allegations laid out in a two-page memo of alleged sexual harassment and subsequent cover-ups by judges and other high-ranking officials.

Other lawmakers named to the panel were Sen. Bob Gardner, R-Colorado Springs, Rep. Kerry Tipper, D-Lakewood, Rep. Adrienne Benavidez, D-Commerce City, and Rep. Terri Carver, R-Colorado Springs. All are members of their respective judiciary committees. Tipper is the vice-chair of the House committee.

The panel will draft a request for bidders to investigate allegations of sexual harassment and gender discrimination within the judicial branch that former Chief of Staff Mindy Masias allegedly was prepared to make public in her own sexual discrimination lawsuit, according to a memo drafted in early 2019 by the division’s former human resources director Eric Brown. Masias faced termination for financial irregularities but instead was awarded a sole-source $2.5 million contract for judicial training. That contract was canceled amid a Denver Post investigation into the deal.

Boatright on Wednesday told a joint session of the legislature that the results and recommendations of the investigations will be made public. The results of a second investigation by the auditor general’s office, however, will not be public unless criminal charges are filed.

Former Chief Court Administrator Christopher Ryan told The Post that the Masias contract was in return for keeping allegations in the memo from becoming public and that it was approved by then-Chief Justice Nathan “Ben” Coats.

They included a chief justice ordering the destruction of an anonymous letter charging sexism and harassment, two district judges who later were named chief separately sharing pornographic videos on judicial email, the cover-up of a law clerk’s harassment allegations in order to keep “safe” a Court of Appeals judge who was a candidate for the Supreme Court, and a district judge rubbing his bared chest on the back of a female employee.

It’s unclear whether the other justices knew about the Masias deal, but they have said they only recently viewed the memo and denied the contract was a quid-pro-quo to keep Masias silent.

Coats said the contract “was given in the best interests of the branch,” according to two sources who attended a meeting in July 2019 at which it was discussed, and spoke on condition of anonymity for fear of repercussion.

The panel is expected to draft the request for proposal in the coming weeks and select from a list of qualified bidders within a month after that.

There is no timeline to the auditor’s investigation, which also includes details from a whistleblower letter sent in mid-2019.