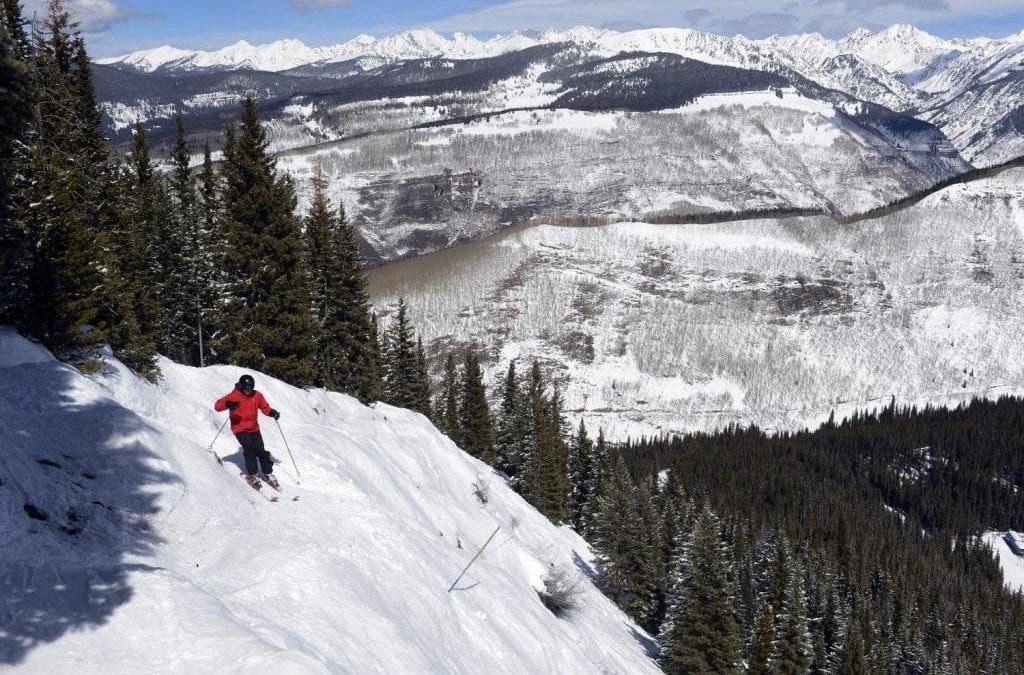 Just as the novel coronavirus hits different people in different ways, the job losses the pandemic has inflicted are not evenly distributed in Colorado, ranging from Great Depression-era dislocations in some counties to relatively manageable declines in others.

More than 30 million U.S. residents have sought unemployment benefits since the pandemic crisis began, including nearly 380,000 workers and contractors in Colorado through April 24. That works out to nearly 12% of the state’s labor force.

“I believe what you are largely seeing is unemployed tourism workers,” said Cathy Ritter, director of the Colorado Tourism Office. “It is way overrepresented.”

Tourism accounts for about 40% of jobs in some mountain counties, and about a 10th of jobs along the Front Range, said Brian Lewandowski, executive director of the Business Research Division at the University of Colorado’s Leeds School of Business.

Retail and personal services, other hard-hit sectors, will slowly come back and eventually, restaurants and bars will too as restrictions ease in more populated areas. But tourism-dependent areas face a more difficult path to recovery. Their retail and restaurants and service providers depend on outsiders showing up.

“Tourism is the last thing to come back and it is dependent not just on Colorado’s economy, but on the national and international economies,” Lewandowski said on a video call Wednesday.

About 86% of the unemployment claims are coming from the more heavily-populated Front Range metro counties, with high numbers also coming from the more populated mountain counties like Eagle, Summit, Garfield, La Plata and Routt, said Ryan Gedney, a senior labor economist with the Colorado Department of Labor.

Food services, accommodations, retail, and arts, entertainment and recreation represent four of the five hardest-hit industries, Gedney said. Tourism covers jobs in all four of those areas, so it isn’t a surprise that the counties most dependent on outside spending have seen some of the biggest job losses percentage-wise.

To try and understand where job losses are hitting the hardest, The Denver Post added the March count of unemployed workers in each county, based on a household survey taken the week that included March 12, to the number of workers who filed a claim for unemployment benefits between March 15 and April 11.

That number was divided by the March laborforce to come up with a “job impact” rate for April for each county. Statewide, the rate came out at 12.7%, but it ranged from a still-low 4.9% in Yuma County to a Depression-era 23.7% in remote and sparsely populated Hinsdale County.

The official unemployment rate has a specific technical definition and is estimated through a survey of households, so it probably won’t line up with the calculation. For example, even though they aren’t receiving a paycheck, some furloughed workers may view themselves as still employed, which could depress the official unemployment rate for April.

Also, some full-time workers who now work part-time are among those filing for benefits, and some might have filed but were quickly hired on elsewhere. And contract workers who have lost income could push up the counts. They were allowed to file claims on April 20 in Colorado and weren’t included in the calculation. More might view themselves as unemployed rather than having a slow month.

Job impact rates run in the low-teens for much of the Front Range, and will likely stay under 10% across much of the Eastern Plains. There are seven counties in Colorado where the officially unemployed count in March plus those who have sought benefits through the middle of April exceeds 20%.

Hinsdale County had the worst showing with a 23.7% job impact rate, up from 3.3% in February. But its sparsely populated. Gilpin County is more populated and closer to metro Denver and highly dependent on gaming activity. Its unemployment rate went from 2.2% in February, to 3.6% in March to a projected 22.5% in April. Pitkin County had a job impact rate of 21.7%, while Ouray County is estimated at 21%, Dolores County at 20.6%, and San Miguel and San Juan counties at 20.2% each.

Given that the state was still enjoying a historically low unemployment rate of 2.5% in February, the rise in joblessness is startling, especially for those thrown out of work by a threat they never saw coming.

There are nine counties with job impact rates in a still severe range of 15% to 20%. They include four important ski resort counties — Eagle, Summit, Routt and Grand — as well as secondary tourism and support hubs like Lake, Garfield, Archuleta and Clear Creek counties.

Huerfano County, home to Walsenburg, also makes that list, even though it isn’t a hot spot for winter or spring tourism. In February, it had the state’s highest unemployment rate at 7.9%, and the outbreak only piled on a struggling economy.

The Durango & Silverton Narrow Gauge Railroad is a key driver of tourism in the southwest corner of Colorado, but when it resumes operations on May 22, social distancing requirements will halve its capacity. And there are no guarantees riders will even show up to fill that. Durango has 120 restaurants and bars in a 12-block radius that rely on spending by those who ride the train, Meisner said, and some won’t be coming back.

Among metro areas, the highest job impact rate came in Mesa County, home to Grand Junction, at 14.2%. It is getting a triple whammy of depressed natural gas prices, a tourism downturn, and if that weren’t bad enough, a deep freeze in April that wiped out much of the peach crop.

Denver and El Paso counties are fairly close in their job impact rate, at 13.5% and 13.4% respectively, followed by Adams County at 13.3%. That El Paso County has had so many claims for unemployment benefits, 26,851 in the period studied, is somewhat surprising, given an expectation that its heavy concentration of defense and government jobs would insulate it more.

Boulder and Douglas counties fare the best in the metro area with job impact rates of 10.5% and 10.4%. They have a higher concentration of professional and technical service jobs and management jobs that can be done remotely. And Weld County fared relatively well at 10.9%, although losses in oil and gas, a key industry, are likely to accelerate unemployment there in the weeks ahead.

Gilpin County out of luck

Sean Demeule, general manager of the Ameristar Black Hawk, has an unsettled feeling when he goes to work, where a skeletal crew provides security and does maintenance.

“The casino floor is dark. The machines are off. Nobody is out there,” he lamented. “It is supposed to be a fun place. It just doesn’t feel right.”

Ameristar and other casinos in the state closed their doors on March 17. Ameristar paid its workers through March, and then furloughed about 800 workers in April. When they can come back is still an open question, and so too is to what degree gamblers, many of whom are older in age, will return. It’s one thing to risk money, another to risk health.

Many of the gaming workers commuted from metro Denver, but many also called Gilpin County home, which explains why the county is suffering some of the biggest increases in unemployment in the state.

“What we figure is that 80% or 90% of the people who work in the county are employed in the gaming industry. It is a huge amount of the folk working here who are impacted,” said Gilpin County commissioner Ron Engels.

And the job losses are starting to spread. The county loses $1 million a month in revenues each month the casinos remain closed. The shutdown has blown a 25% hole in its budget and forced the county to furlough 52 workers, mostly part-time, at the recreation center. More job cuts will likely be needed.

CinDee Spellman, co-owner Dostal Alley Casino in Central City, said the family-owned casino had to let go of all of its workers. She and family members still provide pizza and craft beer for take out, but that comes nowhere close to replacing the lost gaming revenues.

“Everyone is cognizant of the fact it is an unprecedented season that we are in,” she said. “What does coming back look like? Going back to what we were? I can’t envision that.”

Just as job losses have hit some counties harder than others, some demographic groups have suffered disproportionately higher losses than others in Colorado. They include young adults, women and workers of Asian descent, according to an analysis of claims data that Gedney compiled.

The disease COVID-19 is much harder on those over age 65, resulting in higher rates of hospitalization and death. But the COVID-19 recession works the other way. Its heaviest toll so far has been on younger workers, who are more likely to hold retail, food service or hospitality jobs. The pandemic is stealing their livelihood.

Women and young workers are filing for unemployment benefits at proportionately much higher rates than they did last year. Below are the share of initial unemployment claims each group accounted for last year and the share since the start of March.

Workers aged 35 and older have also suffered a large number of job losses, but they represent a smaller share of overall claims than young workers. Last year, workers older than 35 accounted for nearly 7 in 10 unemployment benefit claims filed in the state. During this downturn, they represented just over half of filings.