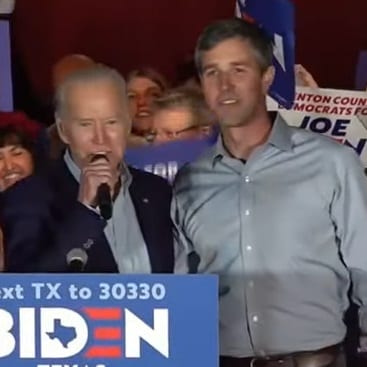 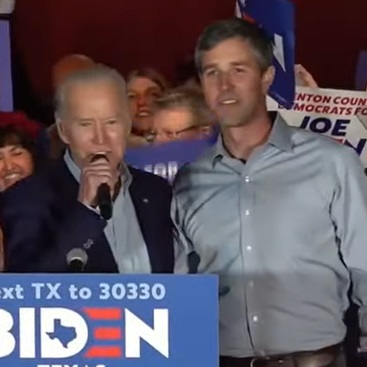 Beto O’Rourke’s endorsement of Joe Biden has been used as fuel for misinformation about the former vice president’s gun control policy. If elected president, Biden did not say he is “coming for your guns.”

The endorsement from O’Rourke, who has called for a mandatory buyback policy for certain types of guns, has fueled a range of misinformation about Biden’s proposed gun policy, which hasn’t actually changed. That fact has been overlooked by many who are opposed to stricter gun laws, including at least one congressman who posted a video featuring his AR-15. Republican Rep. Ken Buck, of Colorado, challenged Biden and O’Rourke to “come and take it” in his video.

Asked if Buck knew that Biden’s proposed gun policy doesn’t include a mandatory buyback program, spokeswoman Lindsey Curnutte told FactCheck.org in a phone interview that the video was made “in response to Beto’s general view on the issue.”

After O’Rourke made his endorsement public at a rally in Dallas on March 2, he and his wife, Amy, took Biden to a Whataburger restaurant and broadcast the dinner on Facebook live. A clip from that video has now been widely misconstrued to say that Biden is “‘coming for’ your guns.”

One story perpetuating the falsehood carries the headline: “Watch: Biden Looks Into The Camera And Promises To Take Away Americans’ Guns.”

He didn’t say that.

This is what he actually said:

This clip shows the exchange taken from the full :

Other organizations, including the National Rifle Association’s lobbying arm, the Institute for Legislative Action, have made more sweeping claims based on how Biden accepted the endorsement.

Here’s what Biden told the crowd after O’Rourke spoke at the rally:

The NRA-ILA took a clip of that statement and spliced it with a clip of O’Rourke advocating removal of certain types of guns during a Democratic debate in September. O’Rourke advocated a mandatory buyback program, saying in part, “[H]ell yes, we’re going to take you’re AR-15, your AK-47. We’re not going to allow it to be used against our fellow Americans anymore.” The NRA-ILA posted its spliced video on Facebook with this text: “Joe promised that if president, Beto ‘will be the one who leads’ his gun control efforts.”

But it’s misleading to suggest that Biden has adopted O’Rourke’s view on a mandatory buyback policy. Biden’s platform on gun control does not include mandatory buybacks. Rather, it offers a buyback program for those who don’t want to register their “assault weapons” under the National Firearms Act.

While the NRA-ILA’s video is misleading, a headline on a website called The Truth About Guns goes further, claiming, “Biden Would Make Beto O’Rourke His Administration’s Gun Confiscation Czar.”

Biden has made no such commitment and has not supported “gun confiscation.”

A campaign advisor for Biden emphasized that O’Rourke will be working on “grassroots” efforts. This is the full statement that the campaign sent when we asked for clarification:

“Vice President Biden is the sole candidate in the race who has beaten the NRA — twice. The epidemic of gun violence that is wracking communities across our nation is a full-blown moral and safety crisis, especially for our children. He’s honored to have Beto O’Rourke’s endorsement, and is thrilled that Beto will be leading grassroots support for the Vice President’s gun reform proposals that we absolutely can’t afford not to make as soon as possible. It’s vital that the next president be able to take on and defeat the gun manufacturers and their lobby, and Joe Biden is the only candidate with the right background and credentials to do so.”

Editor’s note: FactCheck.org is one of several organizations  to debunk misinformation shared on social media. Our previous stories can be found here.