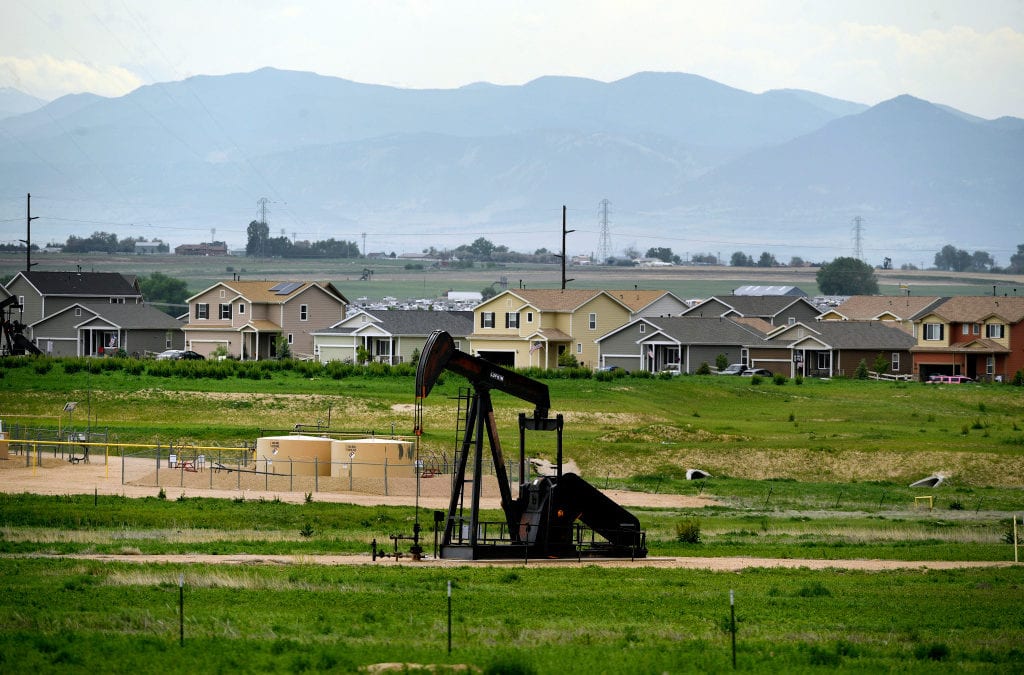 After years of beating back attempts by local governments to regulate oil and gas, industry representatives spoke out Tuesday in favor of local control in response to proposed statewide rules.

Colorado’s two largest producers, Occidental Petroleum and Noble Energy, told the Colorado Oil and Gas Conservation Commission that under a law overhauling oil and gas rules, the state should defer to cities and counties when it comes to regulation of the above-ground impacts of oil and gas.

“The COGCC should defer to local government on siting decisions as long as such decisions protect health, safety, welfare and wildlife,” said Kimberly Mendoza Cooke, with Occidental.

Mendoza Cooke added that she encourages the COGCC “to have continual and meaningful engagement throughout the local government review.”

Before passage of Senate Bill 181, the industry opposed moves by some cities and counties to impose their own rules, citing court decisions that prohibited local governments from pre-empting state law. The changes approved last year eliminated that prohibition.

Joel Minor, an assistant attorney general, said under the new law, the COGCC and local governments have “co-equal and independent authority” to regulate the surface impacts of oil and gas.

However, Matt Lepore, an attorney and former COGCC director, said removal of that prohibition as well as new language mean the state can’t overrule local decisions unless they would endanger public health and the environment.

“We believe that the statute gives the state and local governments the same regulatory standard to meet, that they have to regulate to protect and minimize adverse impacts. But if they meet that, they can meet that in different ways,” said Lepore, who is representing the Western and Rural Local Government Coalition.

The extent of the authority granted to local governments under SB181 is an overarching issue as the COGCC considers a series of proposals to implement the law. The bill changed the mission of the commission from fostering oil and gas development to regulating it in a way that protects public health and safety and the environment.

The law didn’t change the fact that the COGCC alone has the power to regulate underground activities, such as drilling. It did expand local governments’ ability to regulate the surface impacts of development in response to years of complaints that the state wasn’t doing enough to protect the public and environment.

Oil and gas companies must get permits from both the state and local governments that want to regulate oil and gas.

“SB181 is a change in terms of what our relationship to local governments is and provides the opportunity, in my estimation, for more collaboration,” said Julie Murphy, COGCC director. “But we also need to continue to exercise our own individual judgment.”

Industry representatives and several local governments, including Colorado’s two top energy-producers, Weld and Garfield counties, contend that the COGCC can’t enforce statewide standards for such things as well location. They say the new law granted oversight of above-ground impacts of oil and gas to cities and counties. They argue that a statewide, one-size-fits-all approach could result in unnecessary, costly requirements, especially in rural areas.

Jane Bauder, a Logan County commissioner, spoke up for the oil and gas industry in Monday’s hearing.

“We appreciate these companies and their employees, and they’re an essential part of our economy,” Bauder said. “We’re going to have huge deficits in our budget if we put unrealistic and financial burdensome requirements in place that hurt our small operators.”