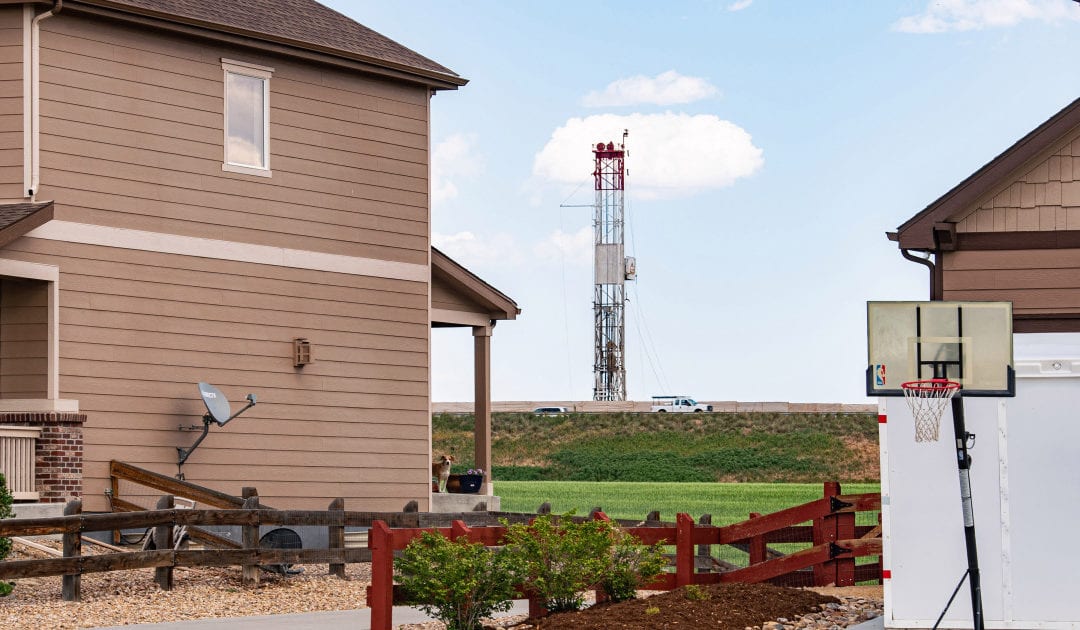 The battle lines are drawn and the forces – from high-priced lawyers to homeowners cheek and jowl with drilling rigs – arrayed for marathon hearings, starting Monday, aimed at reorienting Colorado’s oil and gas commission from promoting development to protecting public health and the environment.

Through a set of proposed rules, the operation of the Colorado Oil and Gas Conservation Commission will be steered toward giving more power to local government and a greater voice to individuals and communities touched by oil and gas development.

Yet in a microcosm of all the oil and gas battles waged in Colorado over the past decade – from town halls to the ballot box – two of the biggest disputes in the rulemaking are over local control and setbacks of wells from homes.

“The reason we are arguing over these over and over again is that they are at the core of issues of oil and gas in Colorado, where should development go and who decides,” said Andrew Forkes-Gudmundson, deputy director of the grassroots League of Oil and Gas Impacted Coloradans, or LOGIC.

The hearings are slated to run for a total of six weeks with 93 parties participating. In September, the Air Quality Control Commission will also begin hearings on new rules to curb emissions during hydraulic fracturing, or fracking, at drill sites.

“Our regulatory landscape is going to be very different in five months,” said Lynn Granger, executive director of API-Colorado, the state affiliate of the American Petroleum Institute.

The overhaul of the COGCC’s rules and its mission change are the product of Senate Bill 181, signed into law in April 2019 by Gov. Jared Polis.

The goal of the legislation was to address the repeated clashes over oil and gas policy, as the state saw multiple ballot initiatives to increase setbacks of drilling rigs from homes and the industry sued municipal governments when they tried to adopt local oil and gas ordinances.

Industry groups, such as the Colorado Oil and Gas Association, had for years said that “a patchwork of local regulations” would make it difficult to operate in the state.

Under Senate Bill 181, local governments were given the right to use their land use powers to site oil and gas development, inspect facilities, impose fees and fines, and even adopt standards more stringent than those of the state.

The law requires drillers to first seek local approvals, if a municipality or county has oil and gas regulations, before coming to COGCC for a drilling permit. There are, however, some built-in tensions between state and local oversight.

For example, the law provides for the state to require an alternative site analysis on sensitive projects and cumulative impact assessments of a project by the operators.

When it comes to the issue of local control, it appears the industry has done a complete about-face and is now supporting the position that the key decisions should be made at the local level.

“It is undisputed that one of the main reasons the General Assembly enacted Senate Bill 19-181 … last year was to empower local governments with the authority to take the lead,” COGA said in its prehearing statement.

“Bring it back to local governments that know their communities and their needs,” COGA President Dan Haley said in an interview. COGCC has to get involved earlier at the local level so the local and state process are concurrent, he said. “A local government approving a site and the state denying it doesn’t work.”

The change of heart comes as the state’s two biggest oil and gas counties – Weld and Garfield – move to take control of the permitting process.

In August 2019, Weld created its own oil and gas department to offer “one-stop shopping” to “expedite oil and gas permits.

“When a local government has authority to deny an oil and gas location permit as well as approve one, in both cases the state has a very high bar to reach in order to substantially modify or negate the local permit decision,” said Kirby Wynn, Garfield County oil and gas liaison.

Environmental and community groups see the position as an end run around tougher standards. “We’ve long been advocates for local control,” said Forkes-Gudmundson. “It is shocking to see the industry embrace it after complaining about it for years.”

Industry representatives say that Senate Bill 181 says nothing about a floor for regulations.

Prompted by the invocation of the legislation by industry, the sponsors of the bill, including House Speaker KC Becker and Senate Majority Leader Steve Fenberg, both Boulder County Democrats, sent a letter to the COGCC.

“We believe the language of SB 181 is clear and accurately reflects our intent, which was to designate local governments and the COGCC as co-equal authorities in permitting oil and gas operations,” the legislators said.  “Operators must obtain permits from both local and state entities (assuming the local government regulates oil and gas), and the local permit does not supersede the state permit process.”

The law requires oil and gas operations be regulated in “a reasonable manner to protect and minimize adverse impacts to public health, safety and welfare, the environment and wildlife resources, and shall protect against adverse environmental impacts.”

“Reasonable minds can differ about what protective is,” Matt Lepore, the former COGCC executive director and a consultant to Garfield County, said in a recent briefing. “It comes down to who knows best. Does the COGCC sitting in Denver know best? … That’s where the tension lies.”

The other flashpoint in the hearings will center on a push by environmental groups to have the commission adopt a 2,000-foot or 2,500-foot setback for oil and operations from groups of homes and places such as schools, child care facilities and playgrounds.

Setback ballot initiatives were launched by environmental groups in 2016, 2018 and 2020. The 2016 measure, backed by then-Congressman Polis, was withdrawn in an agreement brokered by former Gov. John Hickenlooper. The 2020 measure was pulled back in a deal engineered by Polis.

“The state’s current setback is 500 feet, about one city block,” said Mike Freeman, an Earthjustice attorney representing the Sierra Club and LOGIC. “No one wants oil and gas operating one block from their home. We wouldn’t let a factory or refinery set-up shop next to someone’s house.”

The industry, however, sees this question asked and answered by the voters.

“If activists don’t get their way at the ballot box, they try at the COGCC,” COGA’s Haley said.

Anthem Ranch, an adult housing development in suburban Broomfield, where homes go for $600,000 or more, has become the neighbor of extensive oil and gas development by Extraction Oil & Gas, which plans drilling up to 84 wells – raising concerns about the risks posed by the massive well pads.

“It is becoming more and more evident that deleterious health impacts occur when citizens are living in close proximity to oil and gas development,” the Anthem Ranch Community Board said in a prehearing statement. “Failing to provide an adequate buffer between oil and gas development and Colorado citizens puts the developer and possibly the Commission at risk for legal challenges.”

A Colorado Department of Public Health and Environment emissions modeling study released last October concluded that in worst case scenarios enough benzene could be released from a drilling site during fracking to create short-term health impacts, such as nausea, headaches and nosebleeds at 500 feet.

Other epidemiological research has linked oil and gas development with low birth weights, respiratory problems, and cancer, but an analysis of 20 these studies by researchers at CDPHE and the Pennsylvania Department of Health found a moderate to low level of certainty in the studies – mainly due to limitations in the scope of the studies.

“Many of the environmental and community groups are citing the CDPHE study,” API-Colorado’s Lynn said. “We have a lot of issues with that study and the way it was portrayed. There was a lot of fear mongering.”

Of equal concern is the fact that a 2,500-foot setback could eliminate as much as 54% of the state’s total land surface from development and when federal lands are removed the figure rises to 85%, according to a 2018 COGCC study.

“The authors of Senate Bill 181 clearly said they were not imposing a ban on oil and gas,” Haley said.

The new full-time oil and gas commission, which was installed July 1, may be just the forum to finally hash out the disputes over control and setbacks, Haley said. “The two issues have existed out there over time and now is the time to finally settle them,” he said.