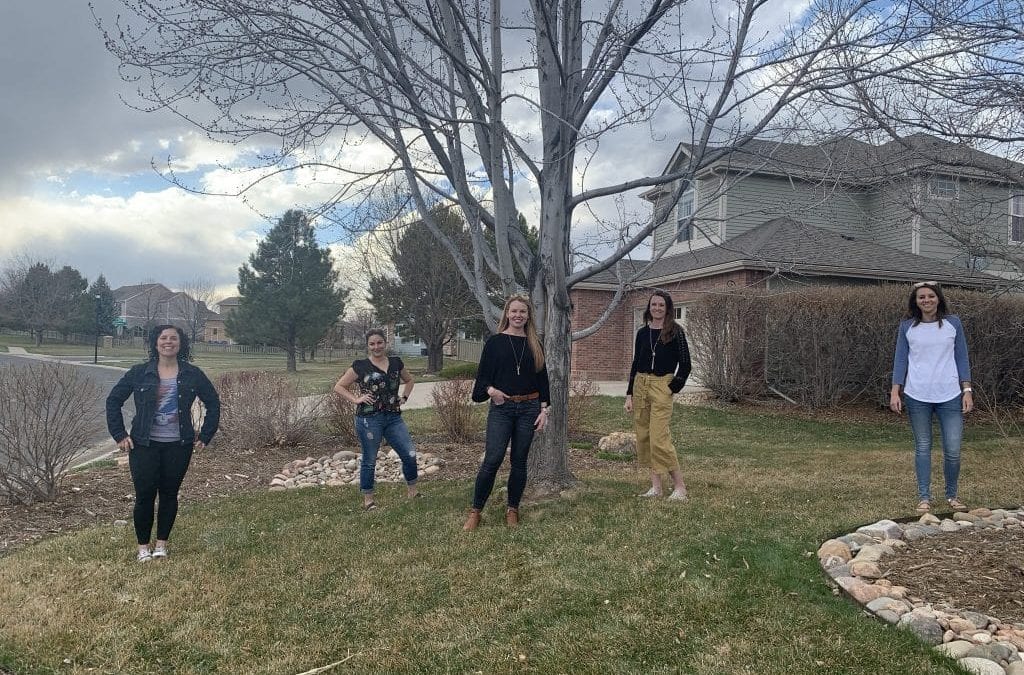 Tricia Canonico, Shelly Peterson and a group of three other northern Colorado women are proving plenty of people are willing to open their pocketbooks, even during a time when so many people face financial and medical uncertainty.

Food for NoCo Frontline Healthcare Workers is a gofundme and Facebook group that collects funds donated from the community to go toward buying meals from locally owned restaurants to be delivered to local hospital workers and medical personnel.

To donate, search for the organization on gofundme.com or Facebook.

Also, if you are a local restaurant owner and want to get involved, connect with the organization on its gofundme or Facebook page, or call Tricia Canonico at (541) 609-0093.

Through the fundraiser, people can donate money on gofundme.com
or Facebook. That
money is used to purchase meals from local restaurants to be delivered to busy local
hospital workers and medical personnel who are working feverishly to combat the
COVID-19 pandemic, which has hit this area hard.

The fundraiser’s benefits at the local level are two-fold:
they offer support to those who are on the frontlines fighting this pandemic,
and they also offer financial support to locally owned businesses that are
facing the challenge of staying afloat while being restricted to takeout and
delivery services.

“It invests more money into the people that are the
heartbeat of our community,” Peterson said. “Any time they are ever asked to do
a fundraiser, they always jump in. Now it’s our turn to help them.”

Canonico’s brother owns a couple restaurants in Atlanta.
He’s had to reduce his staff from 46 to six.

So, Canonico can sympathize not just with what her brother
is going through but also with what small business restaurant owners in
northern Colorado are going through.

Peterson is a close friend of Canonico. When Canonico came
up with the idea for this fundraiser, she needed a little help to make it a
reality. Peterson was quick to volunteer her services.

Plus, several of Peterson’s best friends are frontline
workers, which made Peterson even more eager to help.

Initially, the fundraising group had somewhat modest goals. The
targeted goal on gofundme began at $1,000.

Canonico said when she and the other women in this group
first developed this idea, they were determined to help people all throughout
northern Colorado.

Though they have so far delivered food to UCHealth
facilities in Greeley, Loveland and Fort Collins, they also hope to soon be
working with Banner facilities.

Among the long list of restaurants they’ve worked with:
Hearth Restaurant and Pub in Windsor, as well as the Windsor Fuzzy’s Taco Shop,
which has local ownership.

They are also about to begin delivering meals from the
Windsor Mill Tavern and Greeley’s Fat Albert’s. They are constantly looking for
more restaurants in northern Colorado to connect with, in particular
restaurants in Greeley.

And, though the organization has met its goal several times
over now, it doesn’t plan to stop raising the bar. As the community continues
to donate money, the fundraising group will continue to reach out to local
restaurants to provide meals to healthcare works, in addition to providing a
much-needed boost to the local economy.

“We were doing some math (Wednesday) morning, trying to figure out how far we could stretch (the fundraising), how many people we can feed and how long we can go,” Peterson said. “The trajectory of this is pretty incredible. We expect we’re going to continue to raise money for at least a few more weeks.”

— Bobby Fernandez covers growth
and development for The Greeley Tribune. Reach him at bfernandez@greeleytribune.com, (970) 392-4478 or on Twitter
@BobbyDFernandez