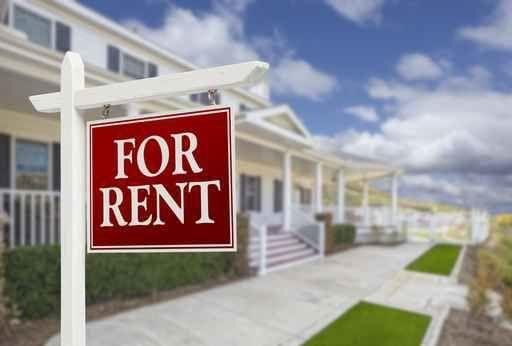 An out-of-town real estate company that’s developed one Colorado Springs-area shopping center and has a second in the works now plans to expand its local multifamily investments with an apartment project on the city’s northwest side.

Evergreen Devco, with offices in Denver, Phoenix, Los Angeles and Salt Lake City, has proposed a 312-unit apartment complex on nearly 15 acres northeast of Centennial Boulevard and Fillmore street, according to a proposal recently submitted to city government planners.

The company’s proposal is another example of local, regional and national apartment developers who say they’re bullish on the Springs’ economy, population growth and quality of life and who have launched multifamily projects from the city’s north side, to downtown, to the southeast side.

“Colorado Springs is just continuing to grow,” said Robert Place, based in Denver and Evergreen’s multifamily development director for Colorado.

“Quality of life and what the prospects are for the technological community there, those are our motivations for wanting to come to Colorado Springs,” Place said.

The Centennial-and-Fillmore site, which is part of 51 acres that Penrose-St. Francis Health Services targeted and then abandoned for a possible hospital campus, was appealing for several reasons, Place said.

The company likes the northwest side’s well-educated, higher-income households, while the area is underserved and has had only one apartment project developed in recent years, he said. The Floyd K. Lindstrom Veterans Affairs clinic southeast of Centennial and Fillmore and its surrounding area also appear poised for growth, Place said.

The property also has terrific views, he said.

“The aesthetic value of the property, with mountain views to the west, and probably what’s underrated are the views to the east as well,” said Place, adding that Evergreen Devco eyed the property for several years before Penrose-St. Francis was interested. “You’ve got 360-degree beauty at that location.”

The project, to be called Outlook Centennial, would have amenities such as a clubhouse, pool and garages, and units would rent at market rate prices.

In the third quarter of 2020, Springs apartment rents averaged a record high of nearly $1,280 a month, according to a report by the University of Denver’s Daniels College of Business and Colorado Economic & Management Associates in Denver. Rents have steadily risen in the Springs over the last several years, which is another reason apartment developers have been attracted to the city.

Evergreen Devco expects to complete the purchase of the nearly 15 acres by the summer, Place said. Once it buys the property, the company would begin construction immediately and open its first apartments roughly by late spring 2022, he said.

The company also has a deal to sell another 6.6 acres to the north of its apartment site; that property is targeted for townhomes by another developer, Place said. Evergreen also controls 8.1 acres at the corner of Centennial and Fillmore that’s envisioned for commercial use.

Evergreen has been active in the Springs market. It developed a King Soopers-anchored shopping center southeast of Marksheffel Road and Constitution Avenue in unincorporated Claremont Ranch on the Springs’ east edge that opened in 2017. The company is developing another King Soopers-anchored center northwest of Woodmen and Meridian roads in unincorporated Falcon northeast of town.

Evergreen also submitted a project last year to city planners that proposes demolition of the former Sears store at the Chapel Hills mall in northern Colorado Springs and construction of a 300-unit apartment project in its place.

The company continues to move forward with that project and expects to complete the purchase of the Sears property in the spring and open apartments a year later, Place said.

Evergreen is among several companies that have developed apartment projects in Colorado Springs in recent years or have them on the drawing board.

In downtown, Weidner Apartment Homes of suburban Seattle plans about 1,000 units, while Greystar Real Estate Partners of Charleston, S.C., has proposed projects totaling 600 apartments, among others. On the southeast side, several development groups envision at least seven multifamily projects with nearly 1,300 units.

The city’s fast-growing, far north side is especially appealing to developers; among other projects, A.G. Spanos Cos. of Stockton, Calif., plans a 474-unit complex at Victory Ridge, while Blackburn Communities of Oxford, Miss., has broken ground on a 301-unit complex at Polaris Pointe.