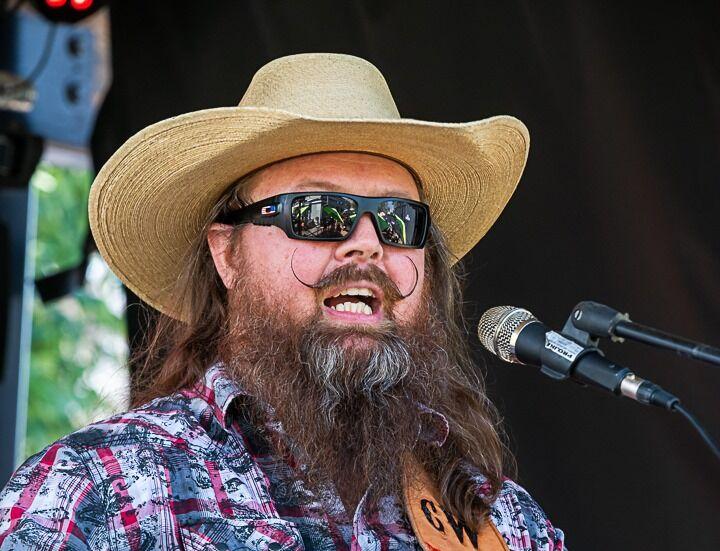 CW Wooten always thought about doing music for real, though he settled for singing the country songs he loved at karaoke nights.

Thank goodness he did. It led to a fateful karaoke night in 2017.

Someone special was in the bar: Hazel Miller, a legend in the Denver music scene who, among other claims to fame, sings backing vocals for Big Head Todd and the Monsters.

After hearing him sing, Miller asked Wooten the name of his band. When he said he didn’t have a band, she replied, “You need to fix that.”

The rookie performer followed her advice. He started playing gigs a few months later and formed Twenty Hands High, a country band he fronts, in November 2017.

The nudge turned into Wooten going all in. Not long after starting the band, the retired military man quit his government job to pursue music.

That goes for booking shows, which can be tough for a brand-new group without a following. Wooten got around that by showing up at venues and singing on the spot for booking managers.

That’s how he got the band’s first gig at Stagecoach Saloon in Franktown. He sang an acapella version of one of his Johnny Cash favorites, “Folsom Prison Blues.”

“I didn’t want to walk out of there with a no,” Wooten, who lives in Highlands Ranch, says.

He’s been “relentless” when it comes to playing shows and building the band’s name in Colorado as well as neighboring states. Twenty Hands High played 149 shows in 2019, for example, including several times at The Whiskey Baron in Colorado Springs. Even during the coronavirus pandemic, Wooten has found ways to keep playing via virtual shows and outdoor venues. Plus, the group has an impressive 37,000 followers on Facebook.

Along the way, he knew one thing: He wanted Twenty Hands High to be country through and through. The band’s name comes from Wooten’s height. He’s 6 feet, 4 inches and, if he was a horse, he’d be 19 hands high barefoot.

He plays the country music he grew up listening to in West Virginia, including songs by Brooks and Dunn, Keith Whitley and Dolly Parton. He throws in new songs, too, from Luke Combs or Chris Stapleton, who Wooten happens to closely resemble with his long hair and beard.

Wooten says Stapleton’s hit “Tennessee Whiskey” is pretty much a permanent part of his set. But they’re not just a cover band.

The band has released three original songs, including “Live by the Sword,” “Tin Roof Romance” and “Hillbilly Heart,” the last being a nod to Wooten’s upbringing. “I’m from Appalachia, so we gotta have one song about a hillbilly,” he says. He has a few hundred song ideas written in his phone.

Wooten has one rule for the songs he chooses: They have to make people want to dance.

“I want people to forget about what’s getting them down and just escape for just a little while,” he said.

As for Wooten, he feels a sense of escape when he’s on stage. He also feels like it’s what he was meant to do.

“For the two or three hours we play, I’m in another dimension,” he said. “It never feels like work.”