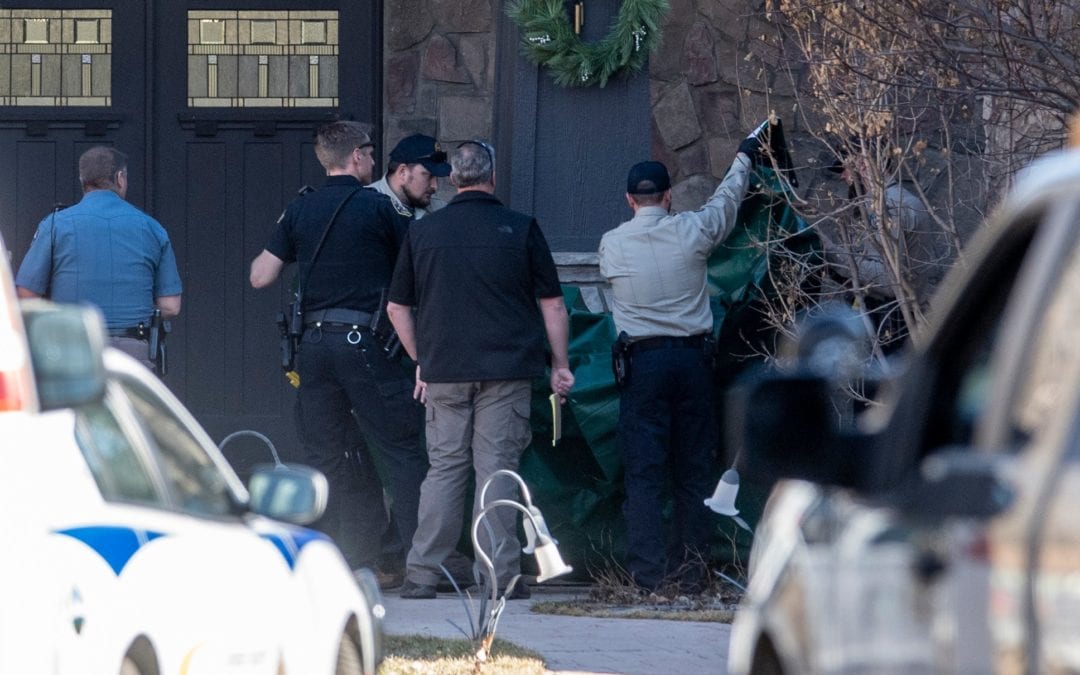 The quiet of an RV park along the lazy running Big Thompson River west of Loveland was shattered Wednesday afternoon when law enforcement shot and wounded a mountain lion that attacked a resident and a deputy.

The animal was later killed by state wildlife officials.

The attacks occurred just around 2 p.m. at a residence and the Riverview RV Park, 2444 River Rim Road.

An eyewitness said the Larimer County Sheriff’s Office deputy is lucky to be alive. She was transported to an area hospital with injuries that were not life-threatening, according to sheriff’s office spokesman David Moore.

Sheriff Justin Smith posted Thursday on Facebook: “When I visited my deputy at the hospital yesterday she was in great spirits, despite a significant bite to her shoulder. She is one tough cookie.”

Park resident Gregory Scot Paul said he heard sirens coming up the road when officers stopped on a bridge at the entrance of the park off U.S. Highway 34. He went to see what was going on when officers running down the road told him to get into his trailer because there was a mountain lion. The female deputy pointed to the mountain lion crouched underneath the trailer next to Paul’s.

“It started creeping towards them a little bit and they took three or four shots at it,” said Paul, pointing to where a bullet hole hit the trailer’s septic tank line. “It lunged at the lady deputy from about 10 feet away. She put her arm up and it got her on the right shoulder. Luckily, she did that, ’cause if not it probably would have gotten her right on the neck.”

He said the lion, which he believed to have been struck by the officer’s bullets, then went under another trailer, popped back out and took off farther down the park near the river, where officers shot at it several more times after warning residents to stay inside.

Colorado Parks and Wildlife officers were able to track the mountain lion, which Paul estimated at a little more than 6 feet, to a nearby home on Black Crow Lane across the Big Thompson River where they shot and killed the animal.

It all began when deputies and Colorado Parks and Wildlife officers responded to a report of a mountain lion attack of a person nearby at 2100 River Rim Drive just before 2 p.m. The sheriff’s office said initial reports were that the person had injuries that were not life-threatening.

Officers spotted the mountain lion and tracked it to near the Big Thompson River by the park entrance, which is across U.S. 34 from Big Thompson Elementary School.

Jennifer Hall, the park’s front-office manager, said the mountain lion came within about 4 feet of employees working by the river. Soon thereafter, Hall was on her golf cart heading from her camper to the front office when she saw four or five officers with their guns drawn. She went into the office and heard gunshots.

“I just immediately started freaking out because you hear gunshots and you think maybe it was a resident,” Hall said.

Park residents Logan Lebleu, 9, and Gavin White, 11, said they were playing by the entrance bridge when they saw officers with guns drawn who told them to get back to their camper. From the safety of the camper they watched the scene unfold.

“I was scared. I ran like Forrest Gump to my trailer,” Logan said. “When I peeked behind my camper, I saw that mountain lion on top of a female officer. That was crazy. I never thought that would happen.”

CPW, which is leading the investigation, tweeted that the animal was killed due to the threat it posed to human safety and that samples from the agency would be collected for disease and DNA analysis.

Wednesday’s attack was less than 10 miles from the February 2019 mountain lion attack of a Fort Collins man who killed the young lion in self-defense at Horsetooth Mountain Open Space.

How to tell if it’s a mountain lion

Mountain lions, also known as cougars, are much bigger than bobcats or the vast majority of household pets: 5 to 7 feet from nose to tail tip for females, 6 to 8 feet for males, according to the Mountain Lion Foundation. Their tails measure almost one-third the length of their bodies. They are generally tan all over, but mountain lion kittens have spots. You can distinguish mountain lion kittens from bobcats by tail length — bobcats have very short tails.

Obviously, you shouldn’t get close enough to a mountain lion to measure it, so another way to tell if you spotted a mountain lion is to inspect visible tracks in the area. A cougar’s paw print has a distinctive “M” shape, with three lobes on the bottom, compared with two lobes on a dog’s paw print.

How to keep yourself and your pets safe

Mountain lion attacks on humans are rare. The best way to protect yourself is to keep your distance and not approach wildlife. Use the rule of thumb: If the animal is small enough to cover with your thumb, you’re at a safe distance.

If you find yourself too close to a mountain lion, CPW suggests you back slowly away if you can do so safely. Raise your arms and open your jacket if you have one. Hold small children in your arms, if you have a youngster with you. Speak calmly to the lion in a firm tone of voice.

If the lion approaches you or is acting aggressive, wave your arms and throw stones or whatever you can reach without turning around or crouching. In the unlikely event of a cougar attack, fight back with whatever you have on hand and try to stay upright.

According to the CPW website, “people have fought back with rocks, sticks, caps or jackets, garden tools and their bare hands successfully.”

As for keeping your pets safe, keep them on a leash. Don’t feed your pets outside, and keep them indoors at night if you can. If you keep your pet outdoors, a kennel with a secure top is a good idea because mountain lions can climb fences.

How to report a sighting

If you think you saw a mountain lion in an urban or unsafe area, report the sighting to CPW’s Northeast Region Office at 303-291-7227 (not Larimer Humane Society). Reporting sightings helps CPW determine an animal’s whereabouts and what, if anything, to do about it.

Cougars generally avoid people in pursuit of deer, but if a mountain lion in an area seems to pose a threat to people or livestock, CPW might intervene.

This story may be updated.