Montana And Colorado Races Can Flip Senate. But Only If ‘Mountain Time Zone’ Is Real Thing 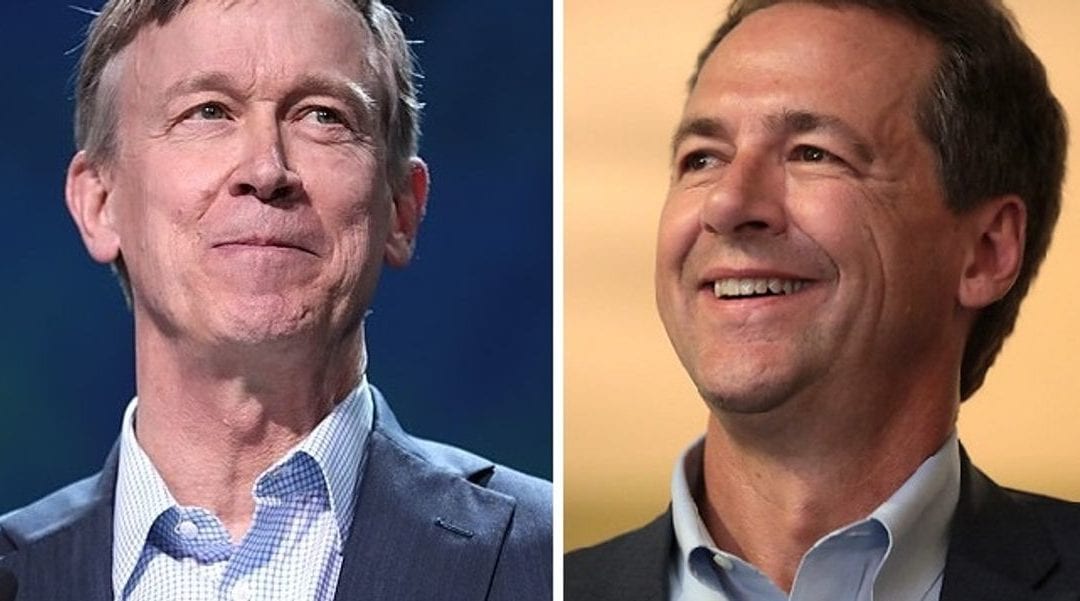 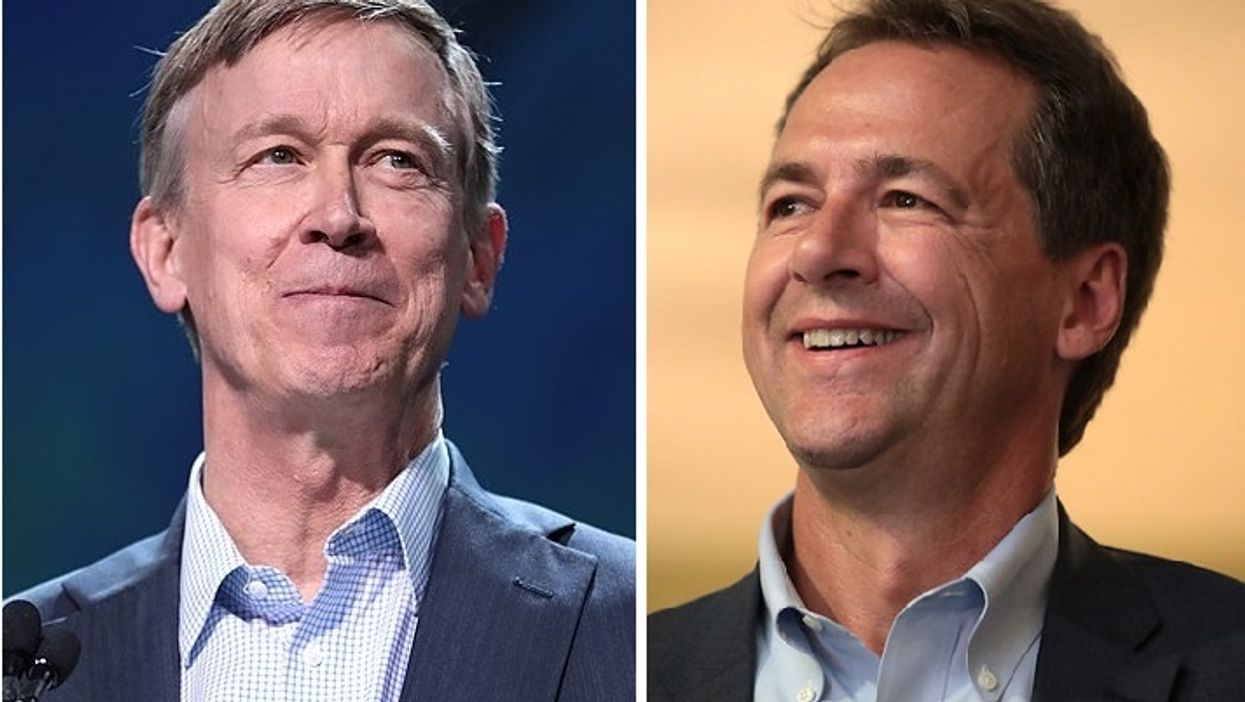 The election is a month away. The “president” is in the hospital with COVID-19, Democrats need a net gain of four seats to take control of the Senate (fine, net gain of three plus a Biden/Harris win), and there’s a Supreme Court nomination hanging out there while two members of the Senate Judiciary committee have tested positive as well. We have a full tank of gas, half a pack of cigarettes, it’s dark and we’re wearing sunglasses.

And while the list of competitive Senate races has expanded considerably as the coronavirus pandemic has continued to kill nearly a thousand Americans a day (and Donald Trump has continued to ignore it), two of the most competitive races continue to be those in Montana, where Democratic Gov. Steve Bullock is challenging Republican incumbent Sen. Steve Daines, and in Colorado, where it’s former Gov. John Hickenlooper (D) up against incumbent Sen. Cory Gardner (R). Let’s see where those contests stand, with the caution that, like my home state of Idaho, both states are in the Mountain Time Zone and may be wholly fictional.

If you like parallels, it’s worth noting that not only are Gardner and Daines freshman senators in their vulnerable first reelection fights, they’re both being opposed by Democratic governors who ran for president a million years ago (2019) before finally taking Wonkette’s advice to do something realistic and run for the Senate. (Yes, they should have skipped the longshot presidential runs and been joined by Beto O’Rourke in Texas, but at least Bullock and Hickenlooper got their shit together and ran for something they’re eminently ready to win). Another big factor: Gardner and Daines ran in 2014 on getting rid of Obamacare, but six years later, that’s no longer a winning issue. The ACA is more popular than it’s ever been, and we’re in the middle of a pandemic that makes health coverage a matter of life and death.

Poll-wise, both races are close, although in Colorado, Hickenlooper has been leading Gardner for quite a while, in virtually every poll — even the speculative ones taken while Hickenlooper was still running for the presidential nomination. Bullock, on the other hand, has tended to be very close behind Daines in the few polls of Montanans; the most recent, by the New York Times, has them in a statistical dead heat, with Daines ahead of Bullock by a single percentage point (45 percent to 44 percent), with a literal asterisk in the Times headline: the poll mistakenly listed the Green Party candidate, who got 3.5 percent, although that candidate won’t actually be on the ballot. Oops! The Times added that the effect of the error was “well within the range that we ordinarily tolerate.”

In general, things just aren’t looking good for Cory Gardner’s hopes for a second term. Hickenlooper has been hammering Gardner for his vote to do away with the Affordable Care Act without any plan to replace it, and Gardner isn’t likely to be helped by his decision to vote to confirm Donald Trump’s Supreme Court nominee, Amy Bony Carrot, before the election.

Trump himself is in sad shape in Colorado, with an approval rate of only 40 percent and 56 percent disapproval. Gardner likes to portray himself as an independent, moderate sort of Republican, by which he means he only votes for Trump’s priorities 89 percent of the time. Gardner hasn’t managed to bring himself up in the polls, leading the Cook Political Report late last month to change its forecast for Colorado from “toss-up” to “lean Democratic.”

Still, Gardner isn’t giving up; he was very aggressive in the first debate Friday, griping about accusations of ethics violations against Hickenlooper’s time as governor — for accepting a ride in a corporate jet, and in a limo while he visited Italy. Daines said that makes Hickenlooper “somebody who believes their own self-interests are first and that they want to go to Washington to line their own pockets,” which you have to admit is a hell of a convincing argument for a Republican who just can’t seem to stop praising Donald Trump.

Hickenlooper dismissed the ethics claims as “nothing but attacks and accusations,” and focused on Gardner’s attacks on Obamacare. He noted that while Gardner has introduced a bill that he says would protect people with preexisting conditions, experts say it wouldn’t actually protect much of anything. Still, the Denver Post noted that Hickenlooper spent much of the debate on the defensive, in part due to the very loose, open-ended nature of the format and questions. Given Hickenlooper’s consistent polling lead over Gardner and overall GOP weakness in Colorado since Trump took office, Gardner will need more than one strong debate to get reelected.

Montana: Battle of the Steves

Here’s a fun trivia fact: Steve Bullock is the only sitting governor running for national office in 2020. That probably has no real bearing on how the race will turn out, but it does highlight what a politically odd state Montana is: it keeps voting for Republican-dominated legislatures and Republican presidents, but it’s also elected Democrats as governor since 2004, and has sent a passel of Democrats to the Senate. That includes the state’s senior senator, Jon Tester, who was handily reelected in 2018 despite making Donald Trump very very angry by revealing veterans’ complaints about Trump’s favorite doctor, Ronny Jackson, who withdrew from consideration as Trump’s VA secretary.

Bullock only got into the Senate race somewhat reluctantly after dropping his presidential bid. The decision to take on Daines may have had something to do with the fact that even when he was “running for president,” every damn time he tweeted something about what he’d do as president, nearly all the replies were “RUN FOR SENATE, YOU DOPE!”

Bullock’s chief appeal to voters has been the fact that, even as a Democratic governor of a red state, he’s gotten some serious stuff done, notably Medicaid expansion under the Affordable Care Act, plus his successful efforts to fend off GOP fuckery of the expansion. Before becoming governor, Bullock served as attorney general and pushed for passage of the state’s Disclose Act, which requires political groups to say where their money comes from.

In their most recent debate, the second of three (the final one is set for next Saturday, October 10), Daines took the laziest GOP tack possible, trying to paint Bullock, the moderate’s moderate, as pawn of crazy wacky liberal Democratic leaders, accusing Bullock of following “the Schumer playbook,” which obviously must be a terrible thing, and bragging that Mike Pence had come to Montana to support the Daines campaign. Then he tried to link Bullock with that dangerous radical, vice presidential nominee Kamala Harris:

I challenge Steve Bullock to bring your vice presidential candidate, Kamala Harris, out to Montana […] I’ll pay for the plane ticket. I’ll pay for a round-trip ticket. Let’s have a rally, you and Kamala, like I had with Mike Pence.

Bullock replied that wouldn’t be necessary, since he’s counting on support from “regular Montanans,” though he said to Daines, “I’m glad you needed the vice president to come out to your campaign,” which isn’t a bad burn at all.

Like Hickenlooper, Bullock hammered his opponent for his support for doing away with the ACA, noting that unlike Daines, he’d actually done something to expand health coverage for Montanans, and calling attention to the measures he’d put in place to protect the public from the pandemic. Daines criticized Bullock for mandates to wear masks, because obviously decisions about protecting public health should never be made by governors. Bullock replied no thank you, “I don’t strive to be South Dakota.” Montana loves slagging the Dakotas (Old joke: “General Custer, the good news is that we don’t have to go back to North Dakota”), but with South Dakota’s case load exploding, that’s not just regional rivalry. anymore. Donald Trump’s COVID-19 diagnosis may also mean Daines’s tears about how sad it is that parents can’t cram into high school football games may not be quite the winning line he thought it was a week ago.

The race is incredibly close, but the good news for Bullock is that he seems to be closing his polling gap, and his fundraising is also close to Daines’s. Bullock may also be helped by a court decision last week, in which a state judge struck down a state law that suppressed mail-in voting for Native American voters on rural reservations. Because of coronavirus concerns, all but 10 of Montana’s 56 counties will be sending mail-in ballots to all registered voters; a move the Trump campaign failed to block in federal court. The judge in that case called the Trump campaign’s claims against mail-in voting “fiction.”

This one’s gonna be close, so if you can spare a bit of money to help Steve Bullock, please do! And John Hickenlooper would certainly appreciate your help, too!