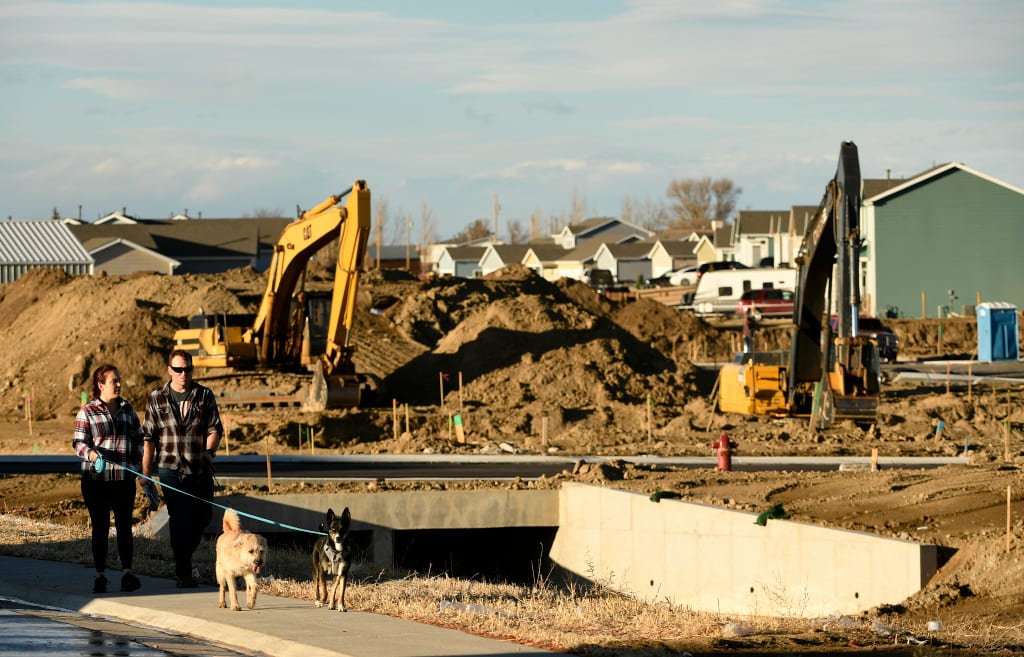 Since the idea for the Bijou Creek Metropolitan District sprung, it seemed likely to be approved, mostly because the tiny town of Deer Trail where it was located on the eastern plains of Arapahoe County could really use the influx of new people.

What several experts on metro district development in Colorado wonder is how the maze of family connections and conflicts of interest within Bijou Creek and Deer Trail ever let the project get off the ground without someone raising a flag.

“This is simply a dizzying array of conflicts and self-interests that shouldn’t have been allowed to happen, and all of it at the expense of homeowners who probably don’t have a clue,” said John Henderson, an attorney who, with at least two dozen other lawyers, homeowners and real estate professionals across the state have formed Coloradans for Metro District Reform.

“There is a long history of conflicts of interest and the complete blind eye toward doing anything about it,” he said. “It has to stop.”

Like most small towns along the Interstate 70 corridor, Deer Trail with just 546 residents had its share of tough times. At one point in 2018, for example, town officials figured out the mystery behind the loss of nearly 1 million gallons of water it was supposed to have: No one had bothered to read the town’s water meter in four years and didn’t realize they had a leak.

Nowhere was the small-town atmosphere more evident than at the metro district.

The developer, Glenn Kunkel, is an Evergreen native who grew up running cows on the prairies surrounding Deer Trail; his brother, Darren, is employed with the town’s maintenance department; and his sister-in-law, Jennifer Reed Kunkel, just lost reelection to the town’s board of trustees. The town’s clerk, Candice Reed, is her sister and also secretary of the local school board that Glenn Kunkel recently lost a bid to be on.

So it was that when Glenn Kunkel decided to pay $50,000 for about 70 acres of farmland along the town’s southern edge that belonged to longtime Deer Trail resident Helen Turecek just after her death in 2016, the Bijou Creek idea was born.

More Deer Trail residents meant more tax revenue, especially if it meant the town’s population would nearly double in size in just a few years. And a metro district was a perfect way to make that happen.

“It was a town going back to the dust bowl days, completely run down, full of crack heads,” Glenn Kunkel said in a recent interview with The Denver Post. “You have five generations of people living on the state system. It’s a joke. No one really gave a damn.”

Known in its better days as the birthplace of the western rodeo long before there was a Colorado, the town nowadays couldn’t afford to pay for a development’s new streets, sewers, and other infrastructure costs that easily would reach into the millions of dollars.

But a metro district that issued bonds to cover that infrastructure tab would ensure that all the homeowners who purchased new houses in Bijou Creek would do just that for at least the next three decades on their property taxes.

With just two votes cast to create the district in November 2018, the family Kunkel – Glenn, Darren and Jennifer – were each elected to the district board, as were business partners Derek Williams and his wife, Teresa, records show.

The Williamses, from Evergreen, also acted as the canvassers to their own election, documents filed with the Colorado Division of Local Government show.

That election couldn’t happen until the Town of Deer Trail’s board of trustees — including Jennifer Kunkel, a Deer Trail trustee since 2012 – approved Bijou Creek’s service plan and an intergovernmental agreement in August 2018.

In fact, Jennifer Kunkel voted on virtually every matter involving Bijou Creek that came before the town board over the next two years, meeting minutes show. That included officially approving the metro district’s site and sketch plan in December 2019.

“How can she be approving plans for the metro district when it’s her whole family benefitting from it?” said Hannah Taylor, a Bijou Creek resident. “It’s like one big happy family party at the taxpayer’s expense. That’s just not right.”

The entrance to the Bijou Creek subdivision on Dec. 22, 2020 in Deer Trail.

The metro district is nearly finished with more than 100 of the 134 homes constructed, Kunkel said.

There is no record that she disclosed her potential conflict of interest on any Bijou Creek matter before the board, nor offered to abstain from any vote, minutes show.

“She’s not a member of my company and doesn’t get a paycheck from me, so the town attorney said she could vote on any of it as long as she got no financial benefit,” Glenn Kunkel explained. “We never had a non-unanimous vote, so it’s not like it made a difference.”

As a metro district board member, Jennifer Kunkel was just as helpful.

Although she did not vote on the district’s intergovernmental agreement with the town when it was approved in December 2018 – only Glenn Kunkel and the Williamses did – she did approve the district issuing $3.75 million in bonds that future homeowners would be required to pay over the next 30 years via property taxes at a meeting in October 2019.

As a district board member she also approved donating the infrastructure to the town for its upkeep and maintenance, which is to occur next year, Glenn Kunkel said.

“This is the first time I’ve ever seen an elected town or city official simultaneously serving on the metro district over which they are to preside,” Henderson said. “At the minimum, she should be disclosing that her family has a private financial interest in the outcome. As a town trustee, she has a duty to the residents to make decisions about approving a district and service plan, and a duty to protect their interest from any problems that could occur. It’s one of the worst cases I’ve ever seen.”

Jennifer Kunkel, like most metro district board members across Colorado, filed conflict of interest statements with the secretary of state anytime there was to be a district meeting, but identified only a sliver of land she is required to pay taxes on as the potential conflict.

She did not disclose her familial relationships or that she was a Deer Trail trustee.

The same was true of the disclosures for the Bijou Creek bonds issued in October 2019.

“Other board members have potential or existing financial, personal or private interests as a result of existing marital or familial relationships with Derek Williams or Glenn Kunkel,” the bond disclosure states, but gives no details of who is related to whom or how.

Jennifer Kunkel’s occupation is listed as “construction/real estate” but offers no company name. State records show she is not a licensed real estate professional.

Her position on the Deer Trail board of trustees is not mentioned in the bond documents.

An excavator digs out the foundation of a new home in the Bijou Creek subdivision on Dec. 22, 2020 in Deer Trail.

“It’s always better to over-disclose,” said Brian Matise, an attorney with expertise in metro districts who is also a member of the reform group. “There are simply too many ways to misinterpret otherwise.”

The reform group is pressing legislators to change other concerns raised in Denver Post stories about metro districts including allowing residents to vote on any future bond debt that a developer-controlled board had approved long before any homes were built.

Those reforms would include: ensuring elections for board seats are widely advertised in a district; increasing homeowner participation on boards; restrictions to how many boards a developer can hold a seat on simultaneously; stringent rules requiring complete disclosures to potential homeowners of future taxes and fees; allowing resident initiatives to appear on a metro district ballot.

Henderson said the appearance of a conflict alone is problematic and should be curtailed.

“Non-disclosure is a problem, especially in the bond documents,” he said. “As an elected public official for the town, a trustee whose name itself says you are to act in the best interests of your citizens, you are obligated with their financial future and trust to disclose everything.”