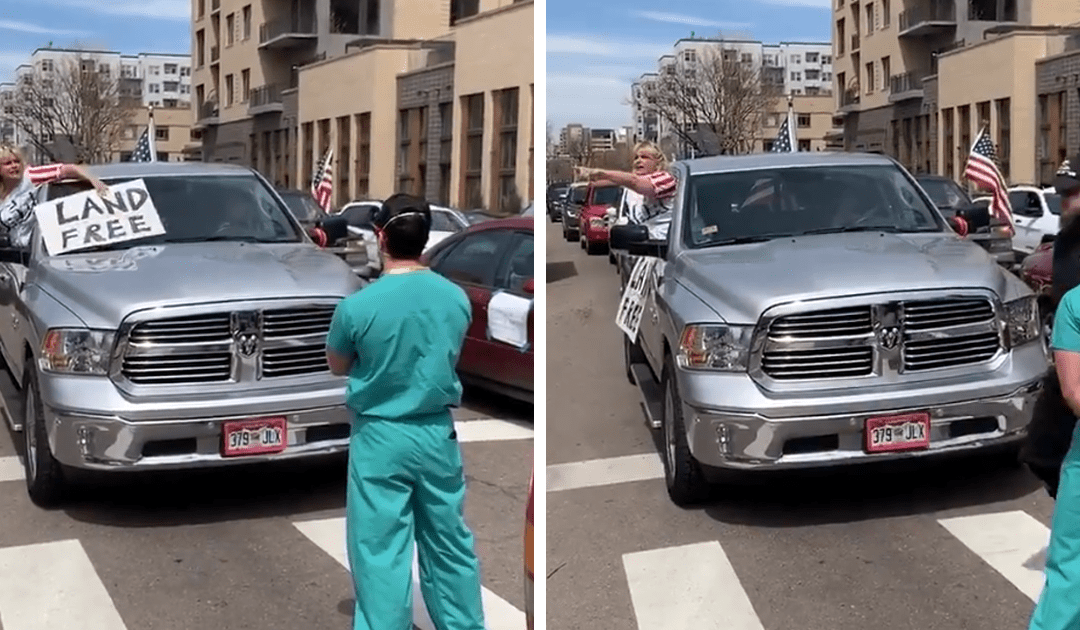 With many cities and entire states in the US still under lockdown, tensions are running high at the moment. Around the country, people are protesting coronavirus lockdown orders (making some of us want to roll our eyes all the way to the back of our heads). However, in the state of Colorado, healthcare workers protested back.

While scientists, as well as epidemiologists, warn that social distancing is the best we can do at this time to slow the spread of the virus and not make healthcare systems overwhelmed, this doesn’t sit right for everyone. Over the weekend, many quarantine protests were held in various cities of the United States. However, healthcare workers in Denver were having none of it.

Over the weekend, anti-lockdown protests were held in cities across the US

This Sunday, hundreds of people gathered at the State Capitol in Denver, waving around flags and protest signs, while lines of cars and trucks drove around honking. KCNC has reported that two separate protests took place at the Capitol. Photos and videos taken in Denver show a small group of healthcare workers dressed in scrubs and protective masks, standing on a crosswalk and blocking vehicles.

In Denver, some protesters gathered on the steps of the State Capitol and some lined up in cars with signs

However, they ran into a counter-protest as two healthcare workers in Denver were having none of it

One woman dressed in a USA shirt and sitting on the passenger side of a pickup truck was shouting at the counter-protesters: “Land of the free. Go to China if you want communism!” The shouts were accompanied by the sign that said, “Land of the Free”.

They stood at an intersection in silence, sometimes blocking the cars that went by

The healthcare workers said that protesters treated them with hostility

Colorado governor Jared Polis has issued a stay-at-home order that is to remain in effect until April 26.

Around the country, protesters were rallying against coronavirus restrictions and said that their rights and personal freedom are infringed and the lockdown is threatening to destroy their livelihoods.

The counter-protesting workers were not identified

While at the moment, more than 97% of the US population is under lockdown, the president of the Land of the Free said states will be able to start reopening on May 1.

Here’s what people online had to say