‘Maxed-out’ crowd of 3,000-plus fans will greet Gophers at Colorado on Saturday – Twin Cities 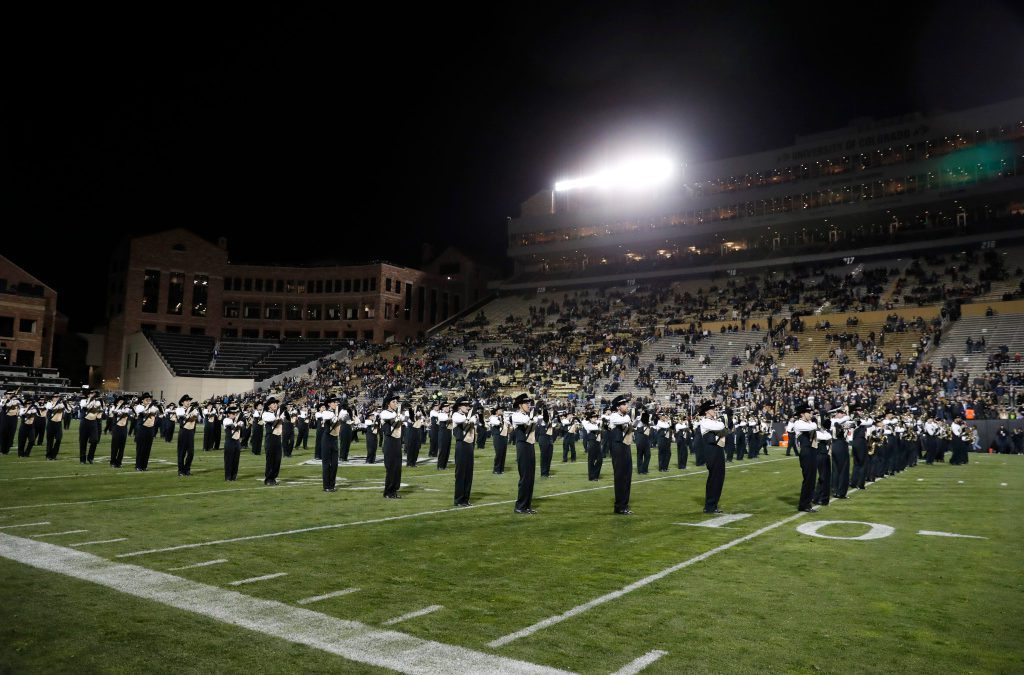 When the Gophers football team runs out onto Folsom Field to play the Colorado Buffaloes on Saturday, more than 3,000 Minnesota fans will be in the stands in Boulder, Colo.

The University of Minnesota “maxed out” its 3,000-ticket allotment from the Buffaloes athletics department. The U requested a few hundred additional tickets from Colorado and sold all of those as well. There are likely to be other Gopher fans who bought their tickets elsewhere to get inside the 50,183-seat stadium.

“It shows whether it’s this trip or the Outback Bowl, fans are excited to travel and support the team,” said Mike Wierzbicki, the Gophers’ senior associate athletics director for external affairs. “We look for that to grow in the future.”

The Gophers sold approximately 8,500 tickets for the Outback Bowl in Tampa, Fla., on New Year’s Day 2020, when they beat No. 10 Auburn to cap an 11-2 season. While U fans won’t be out in those numbers on Saturday, the program’s demand for tickets comes two weeks after Ohio State returned a “significant amount” of tickets to Minnesota when the Buckeyes couldn’t fill their allotment for the Sept. 2 season opener at Huntington Bank Stadium.

The Gophers and Buffaloes announced the home-and-home series in October 2016 (with Colorado visiting Minnesota next September). This long lead time meant that Minnesota fans had five years’ notice — and a year of sitting at home during the pandemic — to ponder and then book trips to Colorado.

Wierzbicki said the Buffaloes game had key ingredients for good attendance on the road — an interesting location and an intriguing opponent. Minneapolis-St. Paul International Airport has quick, direct flights to Denver, which is a short 30-mile drive to the touristy town of Boulder, which sits the edge of the Rocky Mountains. The Buffaloes are a Pac-12 Conference opponent who the Gophers have only faced three times (0-3) and not since 1992.

This is not just another trip to face Purdue in West Lafayette, Ind.

With the Big Ten, Pac-12 and Atlantic Coast conferences starting an “alliance” to stand up to the expanding Southeastern Conference, this is the type of game Minnesota could see on the schedule more regularly. To get everyone together in Colorado, the University of Minnesota Alumni Association’s Denver chapter will have a Friday night social at the Three Dog Tavern in Denver.

After blowing out FCS-level Northern Colorado in their opener, the Buffaloes turned heads Saturday by putting now-No. 7 Texas A&M on upset watch. But the Aggies’ backup quarterback engineered a game-winning touchdown drive with two minutes remaining for a 10-7 win.

Colorado is led by running back Jerek Broussard, the 2020 Pac-12 offensive player of the year; mobile quarterback Brendon Lewis, and veteran linebacker Nate Landman. “They’re a connected football team, a really good football team,” Minnesota coach P.J. Fleck said Monday. “You can see that come off on the film.”

This will be the Gophers’ third nonconference road game under Fleck. In his second game in 2017, wildfires in southern Oregon forced the team’s flight to land in Portland and then bus to Corvallis.

“It took like hours and hours on the bus …” Fleck said. “Everything along the way, I’m saying, ‘We don’t let the circumstances dictate our behavior.’ We’re coming out here and there’s going to be challenges throughout the game. It’s just part of it.”

The Gophers’ behavior was just fine in a 48-14 win over the Beavers.

In 2019, Minnesota flew to California and beat Fresno State 38-35 in double overtime, with Chris Autman-Bell’s touchdown catch and Antoine Winfield’s Jr. interception leading to the stunning victory. Afterward, the raucous locker room scene was infused with John Legend getting a game ball; the A-list performer made the trip from L.A. to watch his nephew, U receiver Michael Brown-Stephens.

For this week’s trip, Fleck and staff have been working on ways to navigate playing at altitude and going on the road for the first time in 2021. Signs will remind players: “Folsom Field elevation 5334 feet.”

“We’ve had numerous doctors and medical members come in and talk to us a little bit about how we should travel,” Fleck said. “We’re going to be there the shortest amount of time as possible. The longer you’re there, the more it’s going to affect you. If we can get in and get out, it shouldn’t affect us very much at all.”