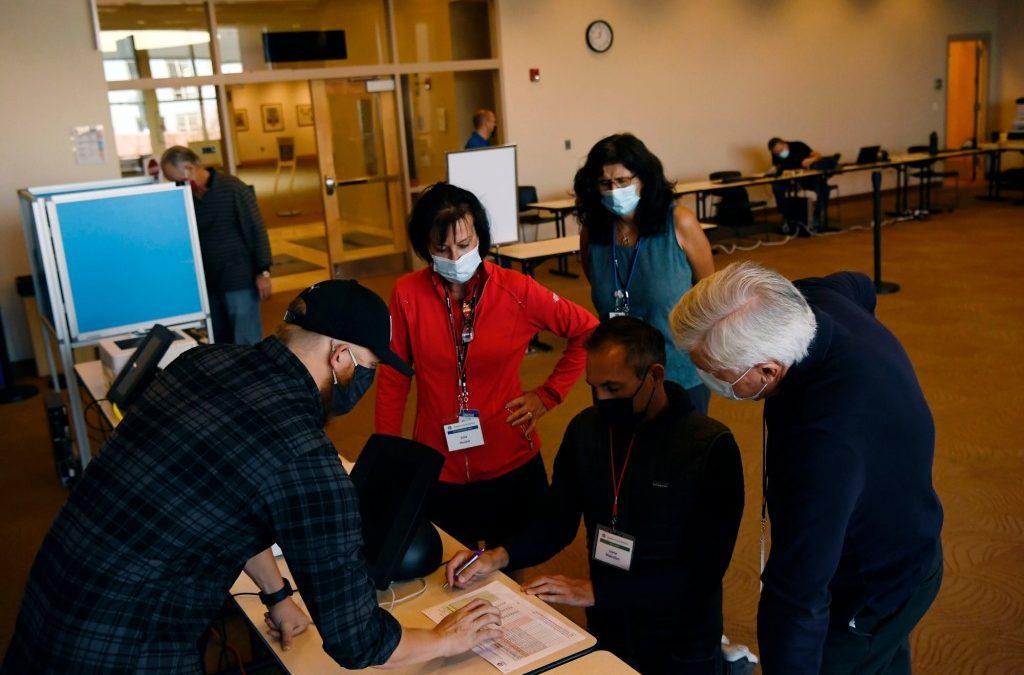 False claims of voter fraud are not new. Losing candidates from both political parties have made these claims going back decades. However, in my 21 years as an election administrator, I have never seen such an assault on the truth and blatant disregard for the facts about election administration as we have witnessed over the last 12 months.

County clerks across the state finally have to say, enough is enough.

As misinformation and disinformation has circulated about the accuracy and integrity of our elections, our county clerks have patiently tried to answer questions and educate on how the election process actually works.

Now, a fringe group is calling on our volunteer citizen canvass boards, who ultimately certify election results, to refuse to do so, even before clerks have been able to present them with a shred of election-related data. This call exposes the reality of these election conspiracy groups for what they are: ideologically driven people with no interest in facts.

Over the past year, clerks across the state have had to deal with death threats, physical threats, and menacing. Grifters and bad actors have taken precious resources in our clerks’ offices and even caused some clerks to spend taxpayer dollars to retrofit their offices to safeguard their staff from harm. During this time, clerks have diligently followed up on each one of the questions and requests for information they have received. Clerks have taken time away from other duties to explain the process, given tours and met with anyone who asks, all in an attempt to help their community members better understand how they have been misinformed about the way elections work.

Now, 12 months after the last general election and on the heels of our most recent election, these election conspiracy devotees continue to spread disinformation, either because they are making money on the grift or because they refuse to listen to facts or deal in any reality that does not conform to the fantasy world they have created where election officials can single-handedly alter election results as part of some kind of collective national scam.

During the 2018 General Election, which many of these people also believe was stolen, I’ll note for you that I was the Arapahoe County Clerk and Recorder. I lost that election, and while I wasn’t happy with the result, it was an accurate, fair, and secure election.

So much for wielding the power to single-handedly alter an election.

While all of this nonsense has swirled around our county clerks, other elected officials have remained oddly silent. It would seem they have a genuine stake in the results of the elections, as their ability to govern is rooted first and foremost in the free and fair elections that put them in office.

It’s likely they don’t want to draw the attention and the ire of the election conspiracy types. Across the country, we have seen them harass people, post their personal information online and in some cases threaten bodily harm.

Your county clerks, on the other hand, don’t have the luxury of silence. You elected them to run accurate and secure elections, among their many other important duties.

I can assure you that your county clerks are doing just that. In fact, they are running the best, most emulated elections in the country. While no election is perfect, you can and should trust that elections in Colorado are both accessible and secure.

And while we’re talking about county clerks, let’s remember who they are. They are your neighbors, your fellow church members and your high school sports boosters. They live down the block and some of you might have known them since grade school.

As part of their role to run transparent elections, they recruit other members of your community to come in and check their work. They ask for volunteers, again who you know from down the street, to monitor their efforts and report out to you on what they saw.

Our free and fair elections are the cornerstone of our democracy. There isn’t a single county clerk running elections in 2021 who doesn’t understand that and take the heavy responsibility with deadly seriousness.

But they can’t do it alone. They need you to stand up and be counted in this moment.

Will you side with facts, reason and your community members? Or will you help to tear our elections down? Will you stand with clerks who are trying to push back on this misinformation and disinformation and set the record straight? Or will you be silent while this small group of individuals committed to public service and running fair and secure elections takes a beating?

The time has come to choose. Your hard-working county clerks have made their choice. Time for you to make yours.

— Matt Crane is the executive director of the Colorado County Clerks Association, a former clerk and recorder for Arapahoe County, and an election subject matter expert.