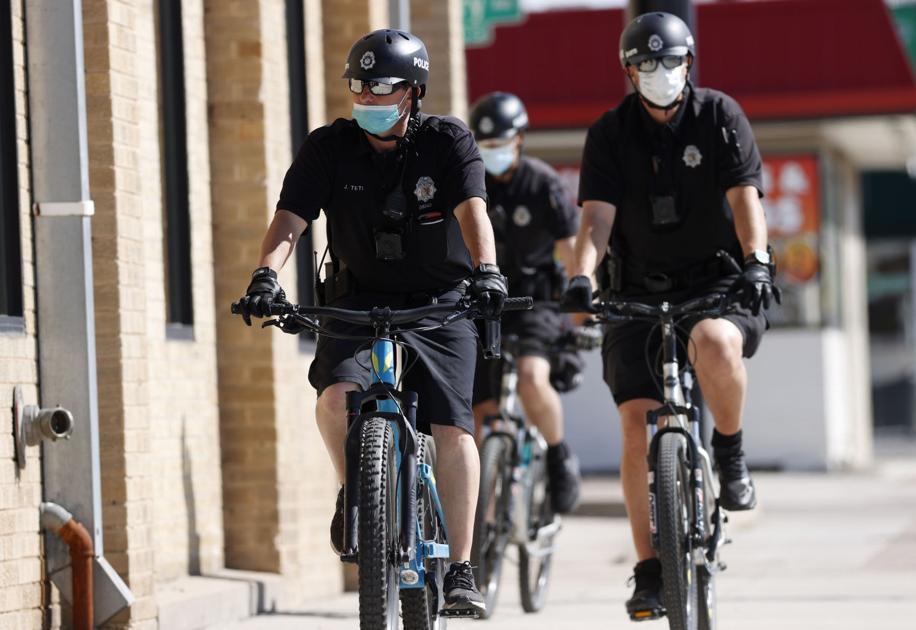 DENVER (AP) — Aspen has joined a few other Colorado communities in mandating that people wear masks in public.

On Monday, the Aspen City Council approved a public health order that requires face coverings inside businesses open to the public as well as outdoors whenever people cannot stay at least six feet apart. Children under 2 are exempt.

Councilwoman Rachel Richards, who works at Aspen’s City Market, said people are not wearing face coverings while they shop in the grocery store, the Aspen Daily News .

“It starts to feel silly that you are doing it but half of your customers aren’t,” she said.

Though the new ordinance in Aspen comes with a sliding scale of fees for each infraction, ranging from a $50 fine to a year in jail, the council stressed that they want enforcement to focus on education, not punishment.

Earlier this month, nearby Glenwood Springs mandated that face coverings be worn by people doing any essential activities outside their home. The order is set to expire Friday.

Last week, Wheat Ridge’s city manager issued an emergency order requiring anyone entering a business in the Denver suburb to wear a mask through May 30. City councilors backed the move and passed a resolution of their own requiring masks, city spokeswoman Sara Spaulding said Tuesday.

The city first took action at the urging of grocery store workers, who are required to wear masks by a state health order and wanted to be protected from customers who were not wearing masks, she said.

The moves come as the state begins to relax restrictions imposed to stop the rapid spread of the coronavirus, though more restrictions remain in place in much of the Denver area. Democratic Gov. Jared Polis has insisted that the success of the fight against the virus depends on people wearing masks when they are out in public.

— The Archdiocese of Denver said Tuesday that a ban on public Masses, set to expire Thursday, would be extended at least through May 8. It said it was developing guidelines to hold public Masses that would keep people safe and comply with the governor’s “safer at home” order, which limits gatherings in close quarters to 10 people or less.