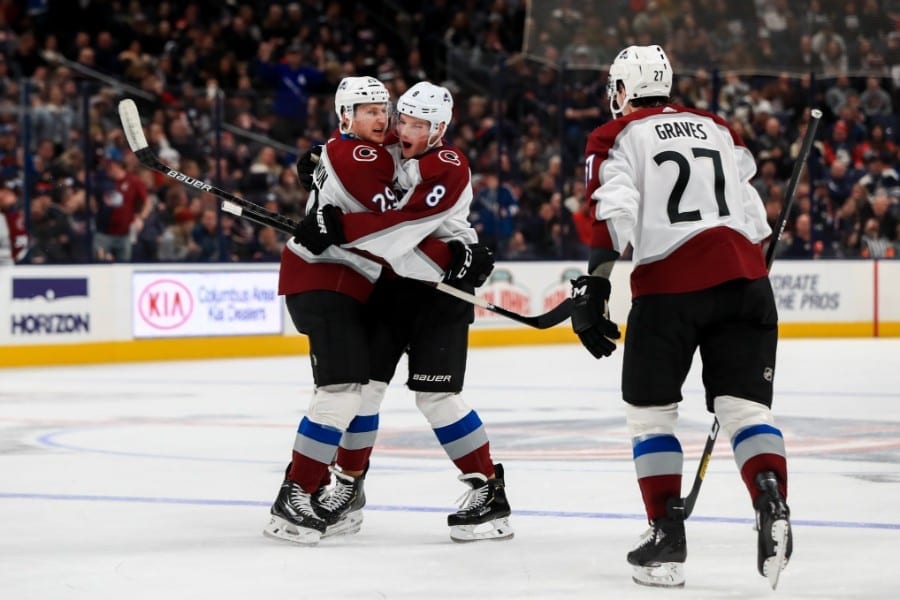 With the world slowly returning to normal and the possibility that the NHL will be able to complete the season, it’s time to look at the teams that are favored to win the Stanley Cup. From now until the playoffs begin, I’ll highlight one team per week and make the case for it to win the Stanley Cup. This week: The Colorado Avalanche.

It’s almost universally regarded in NHL circles that there is not a team that has a brighter long-term future than the Colorado Avalanche. That much was made clear this season, when a panel of scouts and directors of player personnel ranked the Avs as the No. 1 organization in THN’s Future Watch edition. Not only did the Avs have the top organization, they also had the No. 1 prospect outside the NHL in defenseman Bowen Byram, following that up from 2019 when future Avs defenseman Cale Makar was the world’s top prospect.

Not bad, eh? But what about the here and now? And why not the Colorado Avalanche, a team that was clearly distinguishing itself as a legitimate Stanley Cup contender when the league paused March 12? As star center Nathan McKinnon said on the Dreger Café on TSN recently, “For me, personally, this was kind of the first year I really felt like we could win. The first six years of my career the goal was just to make the playoffs and I guess this would have been the fourth time I actually made it but the real first time I guess that I think I could actually win. We have a very, very strong team and…hopefully now we get that closure.”

Avalanche defenseman Ian Cole was a key, albeit unspectacular,  blueliner on a Pittsburgh Penguins team that won back-to-back Stanley Cups, so he knows what it takes. And he thinks this team has the makings of a champion, both in the short- and long-term. “Our goal is to win the Stanley Cup this year,” Cole said just before the league paused. “Anything short of that is a failure and that’s the attitude you need to have every single year. It can’t be, ‘Oh, well, let’s just get into the playoffs and we’ll see how it goes. No, f— that. It’s, ‘No, we want to win a f—in’ Stanley Cup. Every single f—in’ year. This year, next year, the year after that, 10 years down the road.’ ”

There’s no reason to believe the Avalanche can’t start that cycle by winning the franchises first Stanley Cup in 19 years this season. Their special teams are middling – not great, but not terrible – but no team in the Western Conference can keep up with them offensively and on the other side of the puck, only three teams in the west gave up fewer goals per game. Much of that is a credit to MacKinnon, who carried the team offensively through the first part of the season when linemates Gabriel Landeskog and Mikko Rantanen were injured. If he hadn’t already done so, MacKinnon proved his MVP credentials and showed very clearly why he’s the kind of guy you want playing for your team in big games. Makar, who came in as a rookie, was not the least bit phased by the jump in the level of competition in college and made a convincing case for the Calder Trophy.

But it was in bolstering their lineup beyond the big guns that has made the Avs so good this season and such a threat to do serious damage in the playoffs. Joe Sakic, who will likely win the Jim Gregory Award this season as the league’s top GM, parlayed offensive defenseman Tyson Barrie into Nazem Kadri, giving the Avalanche a top-six scorer who could not only take some pressure off MacKinnon, but also provide the Avalanche with a nice dose of sandpaper. If Kadri can keep his head about him in the post-season, he has the potential to contribute in a big way.

Sakic traded for Andre Burakovsky, who was buried behind some pretty good forwards in Washington, and he busted out for a 20-goal season. He signed Valeri Nichushkin, a player who looked like he was never going to score an NHL goal ever again, and not only did he pot 13 of them, he provided the team with quality penalty killing and energy. Two years ago, the New York Rangers had almost no use for Ryan Graves and this season he complemented Makar, all the while carving his own niche as legitimate contributor at the NHL level. The Avs do have some issues with defending and coverage in their own end and, despite the heroics of Pavel Francouz, who will turn 30 next week, not everyone is sold on their goaltending.

But the Avs are clearly strong enough in enough areas to be a legitimate Cup contender, perhaps even good enough to win it all this year and in years to come. Don’t forget, this is a team that was one controversial disallowed goal away from going to overtime of Game 7 in the second round of the playoffs last year, with the chance to go to the Western Conference final on the line. They were definitely knocking on the door and now might be the time they walk through.

Want more in-depth features, analysis and an All-Access pass to the latest content? .

Ken Campbell, The Hockey News’ senior writer, is in his second tour with the brand after an eight-year stint as a beat reporter for the Maple Leafs for the Toronto Star. The Sudbury native once tried out for the Ontario League’s Wolves as a 30-year-old. Needless to say, it didn’t work out.