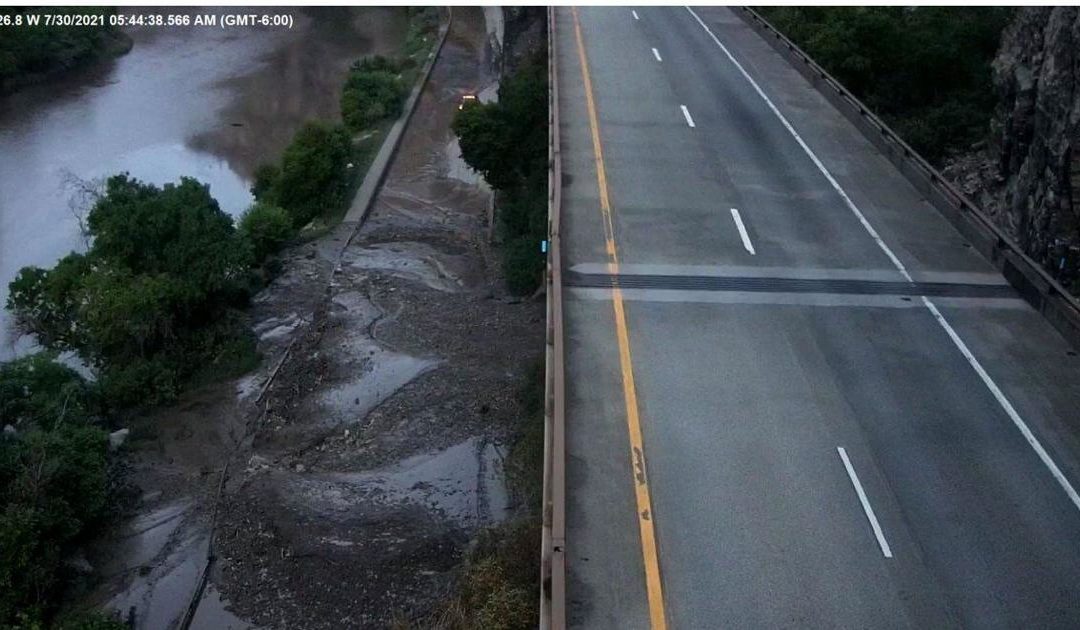 Major mountain roadways are closing due to flooding or the risk of flooding in areas of Colorado, according to the state’s transportation department.

Interstate 70 through Glenwood Canyon in west Colorado has closed numerous times due to the Grizzly Creek fire in 2020 and the flooding in the burn scar in 2021.

The closure still in place on Friday extends from Exits 87 (West Rifle), 109 (Canyon Creek), 116 (Glenwood Springs) and 133 (Dotsero) due to the risk of future flooding and mudslides, and for debris on the roadway.

⚠️UPDATE – A safety closure continues to be in place for #I70 in Glenwood Canyon. **Motorists should anticipate the closure to continue through the weekend.** There are severe impacts in the canyon due to mudslides and debris flow; there is also heavy rain in the forecast. pic.twitter.com/iGFE7OeXZK

Motorists were caught with their vehicles Thursday night inside Eisenhower tunnel along Interstate 70 for about nine hours. Crews were finally able to carve out a path through the mud to reach the stranded people about 6:30 a.m. Friday, Garfield County Sheriff’s Office spokesperson Walt Stowe said. Read more here.

The portion of I-70, including the recreation path and rest stops, close when a Flash Flood Watch is issued by the National Weather Service. The safety closure was implemented late Thursday and is expected to last through the weekend, CDOT officials say.

A portion of Highway 14 in northern Colorado closed Friday afternoon due to the high risk of flash flooding, Larimer County officials said.

The highway is closed to all directions of travel through Poudre Canyon between mile markers 70 and 91, the area where deadly mudslides occurred recently.

A Flash Flood Warning is issued for the areas near the Cameron Peak fire burn scar and a voluntary evacuation order is in place.

Forest rangers in Arapaho National Forest are closing roads and trails in the East Troublesome Fire burn scar after recent rainfall brought debris flows and mudslides near the Highway 125 corridor.

“We’ve seen sediment start to build up in the culverts under the Stillwater Pass Road (NFSR 123) and along Highway 125,” Kevin McLaughlin, Acting District Ranger for Sulphur Ranger District said in a Friday news release. “We are very concerned about the public’s safety and being able to evacuate the area if one of these roads washes out.”

See full list and a map of restricted roads, trails and areas are described in detail on the Forest’s website.

Click here for Colorado Department of Transportation’s Travel Center for updated road closures and conditions. Read about the weekend forecast throughout Colorado, which includes major flash flood and other weather advisories from the National Weather Service.