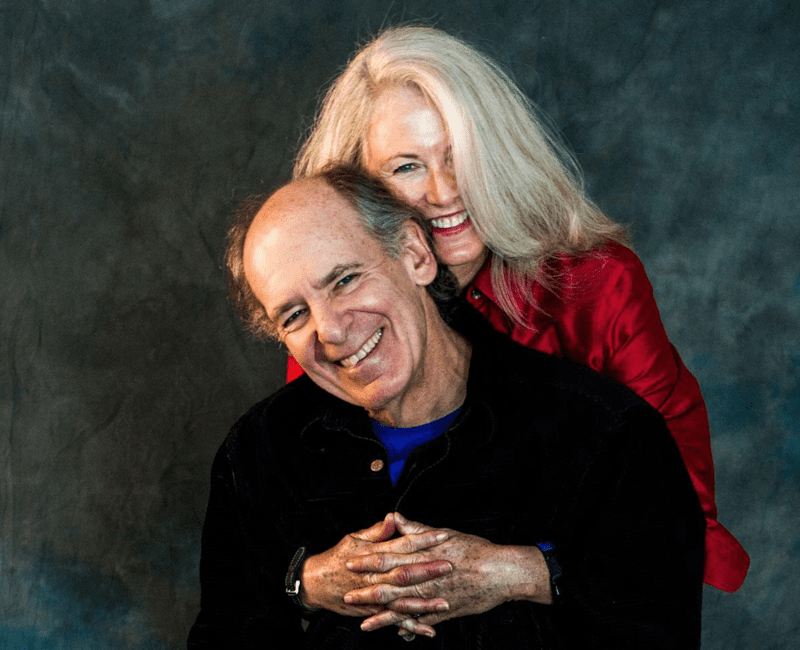 Andy Stone and Linda Lafferty’s co-authored novel “Light in the Shadows” marks the first time the husband and wife have shared the same byline. In some ways, though, a joint undertaking was perhaps inevitable for the husband-and-wife team.

“I don’t want to sound too sappy,” said Stone. “We collaborate on everything because we’ve been married for 30-odd years, so our lives are pretty entangled at this point.”

The book is among three novels up for the best general fiction prize at the Colorado Book Awards. Winners for all categories will be announced on Saturday, May 30.

This is the first time Stone has been a finalist, while Lafferty has taken home the prize for fiction twice before. Being among this year’s picks for best general fiction together, though, means a lot.

“We are so honored to be selected among the three general fiction authors, who are really stellar writers,” said Lafferty.

The couple has authored nine books between the two of them, and Stone was the longtime editor-in-chief turned columnist at The Aspen Times. He says they’ve worked on each other’s books over the years.

“I’ve done a lot of editing on Linda’s books and she’s done first reads and edits on mine,” said Stone. “So we’ve had a certain amount of collaboration all along.”

“I love historical research … I really try to get as close to the bone of truth as I possibly can.”

“Light in the Shadows”—a mystery surrounding the real-life 17th century Italian artist Caravaggio—is a testament to each of their strengths as writers. Lafferty has amassed a following for her work in historical fiction over the years, most notably for “The Bloodletter’s Daughter,” which she published to widespread accolades eight years ago. She penned the historical storyline for “Light in the Shadows.”

“I love historical research,” said Lafferty. “I will plunge into it … I really try to get as close to the bone of truth as I possibly can.”

Stone composed a contemporary plotline that weaves mystery mixed with murder, history and art throughout Lafferty’s narrative. He says there weren’t many disagreements with the direction of the novel; they did much of their writing separately and trusted that each storyline would come together.

“We both knew where we were going,” said Stone. “It wasn’t until we had both finished that we each read each other’s work and agreed, with no problems at all, really, how the different chapters would come together.”

“The thing that they [the judges] really loved about this is that it’s a really intricate story,” said Goff. “The rich hostorical detail, the fast-paced story detailing as well as the artistry and alternating between the 1600s and 2015, makes it a page turner.”

“Colorado has a lot of authors and a lot of very good authors … to make the cut at the Colorado Book Awards and end up a finalist is huge.”

She adds that it’s no small feat to make it as a Colorado Book Awards finalist. Having two nominees for the fiction prize residing in the same Missouri Heights home is an unprecedented first.

“Colorado has a lot of authors and a lot of very good authors,” said Goff. “So to make the cut at the Colorado Book Awards and end up a finalist is huge.”

Stone and Lafferty say there will probably be another collaboration in the future. For now though, Lafferty’s been enjoying praise for her newest solo novel released earlier this month, “Fierce Dreamer,” which chronicles the life of 17th century painter Artemisia Gentileschi. In the meantime, she and Stone are thrilled that Colorado Humanities recognized their work together for “Light in the Shadows.”

“Colorado Humanities is a great organization,” said Lafferty. “We’re honored to be part of that pack.”

The awards ceremony will be held online due to COVID-19; it can be streamed on the Colorado Humanities’ Facebook page. The event starts at 4 p.m. Saturday, May 30.