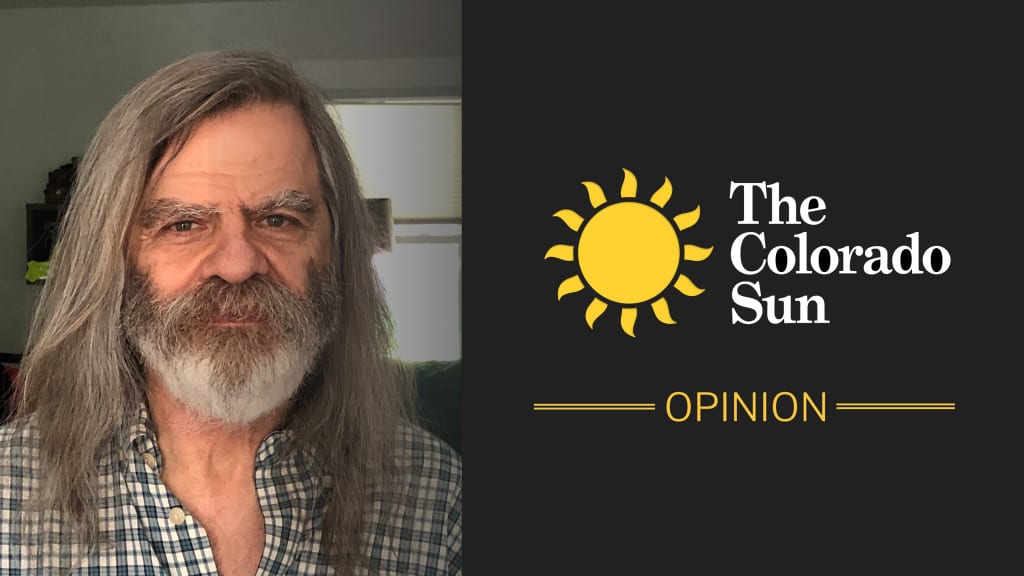 You say hello, and I say goodbye — Lennon-McCartney, but mostly Paul and not enough John.

My column will appear in The Sun every Wednesday and Sunday, 900 words worth or as many as I can get away with. And, thanks to the generosity of my new team, you’ll still be able to come to The Indy to find my column through the summer. Same Littwin column. Same irreverent take on Colorado and the world.

I’m gone. I’m back. It’s a weird world, but you already knew that.

But first an explanation. I’m leaving The Indy’s employ after seven years because my bosses, Susan Greene and Tina Griego, are going in what we call “a different direction,” which is great for them, great for Colorado, great for journalism, but not so great for me. They are out to help save local journalism in Colorado (they’d never use the word “save”— that’s my take, which I’ll explain in a bit). My mission — as I like to think of it — is not exactly to save the world, but to offer a twice-weekly alternative vision to the surreal one we’re stuck with today.

As it turned out, this job search would be the easiest of my career. The Sun was clearly the best place, as LeBron would say, to take my talents. So I called Sun Editor Larry Ryckman to ask if he might be interested in me joining his team. He said he was, and here we are.

As many of you already know, The Sun is among the leaders in the new online approach to cover local and state news, and one whose success has national implications. They (I mean, we) are regularly producing the kinds of stories that no one else in the state is doing — and producing them at a remarkably high level. It’s going to be an exciting place to work and one that may well change the course of journalism in Colorado. I’m all in.

If you want an idea of how long I’ve been doing this, the earliest mention of Donald Trump I could find in one of my columns was at the Baltimore Sun in 1986. Presciently, I called him a possible “threat to democracy.”

Writing a column is a strange job. It’s unlike any other in journalism. You must have the gall to believe that your opinion is important enough or smart enough or entertaining enough to share multiple times a week and that other people should actually read it. It’s a humbling job or would be if hubris wasn’t always getting in the way. Columnists inevitably get too much credit and they get too much blame. The hard and important work in journalism is done by the reporters who cover and uncover the news, watchdog the politicians, break new stories. I know. Long ago, I used to be one.

The best columns are like conversations, in which the writer and the reader agree to pretend they’re talking to each other on, say, a barstool (if, yeah, the bars ever open again). And to tell you the truth, after all these years, I still get a great kick out of the idea that there are people who start their day — or, in cyberworld, start any time of the day — reading and/or arguing about the column.

Mike Littwin’s column is being co-published today along with The Colorado Independent.

But if I’m excited to start at The Sun, I’m heartbroken to leave The Indy. The Indy was not just another job for me. Susan saved my life, or my career anyway, although I have too often confused the two. I was laid off at the Post in an illuminating, if by now all-too-familiar, story of journalism today. Editor Greg Moore invited me out to dinner to inform me the Post was being forced to take $500,000 in salary off the books immediately and that my salary (although not exactly approaching $500K) was a necessary starting point.

For me, it meant the first time being without a newspaper job since I was 17, having to prove to the unemployment people that newspaper columnists aren’t fit for any other job, dealing with the shock of COBRA health care costs and living through a wilderness year trying to figure out what to do next.

Susan, who had recently taken over the editor’s job at The Indy, approached me about working with her. We’re good friends, and we had worked at the Post together — as have most of my new Sun colleagues — and she had an idea for a different brand of independent-minded, nonprofit Colorado journalism. I jumped at the chance to write my column again.

The journalism worked. We developed what I like to think of as a cult following, but, in the end, Susan and Tina built on The Indy’s foundation to form an innovative way of renewing journalism around the state, in collaboration with the Colorado Press Association and TheColorado Media Project. They will take their talents on the road, working with small and midsize papers to help produce great stories as well as to help grow the potential for undersized but eager staffs.

In my view, the best thing about this project is that Greene and Griego, two of the finest writer-reporters in the business, will be unleashed to write and report again. I can’t wait to see it. To get a taste of what’s to come, here’s Susan’s award-winning collaboration with the Rio Blanco Herald Times, in a story of mental illness, a police shooting and the inevitable coverup.

And while my old bosses explore new frontiers, I am able to mine the same vein I’ve been working all my adult life, one that has allowed me to travel the state, the country and the world, cover Super Bowls and presidential campaigns, wars (from a safe distance) and terrorism (from up close), riots and wildfires, mass shootings (sadly a Colorado phenomenon) and undocumented immigrants (now essential workers), movies and books, politics and baseball, the tragic and the hilarious, but mostly human life both at its finest and at its most raw.

I’m thrilled that The Colorado Sun has given me the opportunity to continue. See you Wednesday.