Ken Buck: ‘It’s just craziness to shut down businesses’ due to coronavirus 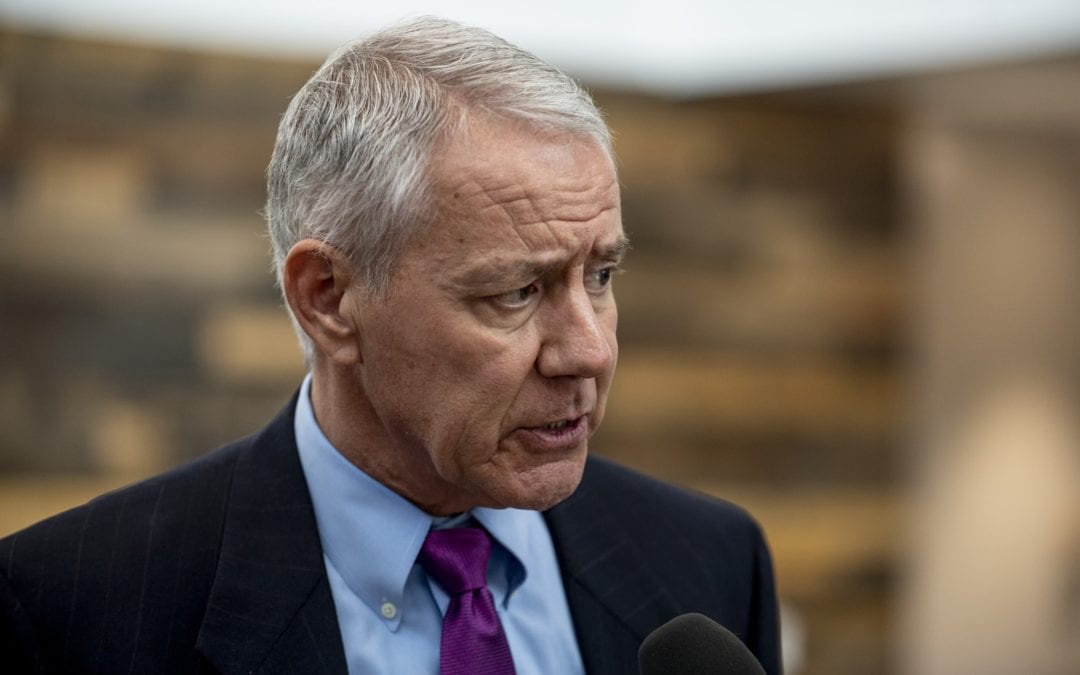 U.S. Rep. Ken Buck, a Windsor Republican and chair of the Colorado Republican Party, believes the country is panicked and overreacting to the  outbreak due to a lack of leadership from both major political parties.

“You don’t shut restaurants down for 30 days,” Buck said in an interview Wednesday, referring to a policy enacted in Colorado and many other states.

“I have no problem with (stopping) sporting events or things that don’t impact our civil liberties and don’t impact everyday life. Those are things that I think we can suspend for a period of time. But it’s just craziness to shut down businesses or parts of the economy that are absolutely necessary,” the congressman added.

Buck says elderly Americans and those with serious health conditions are rightly concerned about the virus and that the government must act swiftly to help them. But the decision by government officials to shutter stores and restaurants is a panicked overreaction that will do great damage to the nation’s economy, he said.

“We don’t have a leader. It was FDR who said, ‘The only thing we have to fear is fear itself.’ We need leaders to stand up and say we’re going to have a measured response,” said Buck, who is usually a defender of President Donald Trump.

Disruptive as the closures may be, health experts say they’re the only way to avoid a situation like Italy’s, where hospitals are overloaded and have had to decide who gets access to a ventilator to allow them to keep breathing.

Broadly speaking, there are two ways to stop an epidemic: Identify and isolate everyone who was exposed, or keep people as far apart as possible to reduce how many others they can infect. The U.S. doesn’t have enough testing kits to identify all of the cases, so social distancing is the only viable option, experts say.

The congressman’s remarks come at a time when Congress is considering massive stimulus packages that could top $1 trillion. Buck has voted against two recent coronavirus response bills, deeming them fiscally irresponsible, but said the government must help those being hurt economically. He placed some blame on Treasury Secretary Steven Mnuchin, a former hedge fund manager and investor.

“Mnuchin is a creature of Wall Street. Every piece of legislation that he has been proposing protects the rich on Wall Street,” Buck said. “We need to protect these people who are vulnerable from this disease, and who are put out of work because of the overreaction. Those are the people who we need to protect.”

Buck is a civil libertarian and member of the ultra-conservative House Freedom Caucus. During a 15-minute phone interview Wednesday, he repeatedly criticized government orders for people to remain inside and away from public places.

Buck represents the Eastern Plains and parts of northern Colorado, including Weld County, where an elderly man died of coronavirus this week.

“What we have done is turn public policy over to doctors,” he said.

The post Ken Buck: ‘It’s just craziness to shut down businesses’ due to coronavirus appeared first on Greeley Tribune.