Journalism Needs a Stimulus. Here’s What it Should Look Like – Columbia Journalism Review 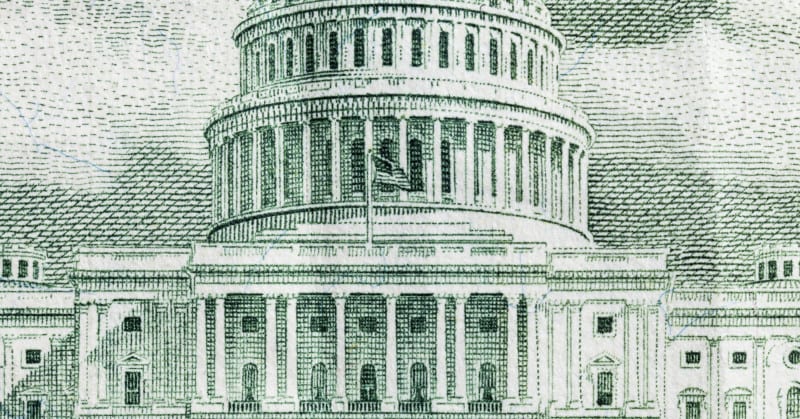 The coronavirus COVID-19 has upended everything, including business as usual in Washington. In a matter of days, facing the reality of a nationwide shutdown and a worsening economic crisis, Congress got serious about spending money—a lot of it.

A recovery package in the trillions of dollars is expected soon, and more stimulus bills are likely to follow. While the most powerful lobbies in Washington—the airlines, the oil companies, the chambers of commerce—are ready with their wish lists, the media and policymakers aren’t talking enough about how recovery and stimulus bills could help journalism.

Free Press, the independent, nonprofit advocacy organization I lead, champions structural solutions to the news business’s dire financial problems. We’ve long campaigned for more federal and state support for public media, opposed media consolidation, and argued that journalism is too important to democracy to be left to the whims of the market.

In the face of this pandemic, the public needs good, economically secure journalists more than ever. As most of us are sheltered in place, journalists are out there tracking the spread of COVID-19, separating fact from fiction, and holding politicians and powerful institutions accountable. We need the press asking tough questions and digging through fine print—starting with this fast-moving recovery bill, which is both absolutely necessary and particularly ripe for corruption and boondoggles. Crucially, we need local reporters delivering information on how to stay safe and healthy, who is saving lives, what institutional failures are making matters worse.

To support that work, we need a journalism stimulus now. Free Press is asking for at least $5 billion in emergency funds right away—which would be less than half of one percent of a trillion-dollar recovery package—and that Congress put a foundation in place to help sustain journalism over the long term.

A journalism-recovery package should include:

Doubling federal funds for public media. After decades of trailing behind leading democracies in support of public media, over the next two years, Congress should double the annual federal appropriations for public media. This would amount to an additional $930 million.

People need trustworthy news and information that isn’t hidden behind a paywall and more educational resources for kids who will be home from school for the foreseeable future. This money isn’t for Downton Abbey reruns. It should be earmarked specifically for emergency support, education, and especially local journalism.

The House Democratic version of the recovery bill reportedly includes $300 million for public media, mostly devoted to station operations to keep struggling stations in underserved areas on the air. Community stations should be a priority for this spending, particularly in places where other journalism outlets have disappeared and public and community media might be the only sources of news.

California offers a model for what additional needed investments might look like. The Los Angeles Unified School District teamed up with PBS SoCal/KCET to offer instruction over the airwaves while kids are out of school, with separate channels focused on different ages. We should be doing this everywhere, for children in preschool through high school. To help make that happen, Congress should appropriate at least $200 million to bolster and expand public media’s “Ready to Learn” initiative or similar programs to cover all school-aged children.

The bulk of the rest of the funds should be used to support local journalism in all forms, to hire reporters, editors, and producers who will cover COVID-19 and everything that follows. This money should flow to any public-media platform—online, radio, TV, print—and it shouldn’t be limited to NPR and PBS stations. Any nonprofit, public-minded entity doing journalism should be made eligible.

Of particular concern in a deep recession will be the viability of newly created nonprofit newsrooms, which have popped up across the country in recent years and are often focused on holding local governments accountable. To ensure that funds reach these vital newsrooms, Congress should dedicate an additional $70 million specifically to a fund for small nonprofit newsrooms and startups.

Direct support for daily and weekly newsrooms. Over the past thirty years, tens of thousands of daily and weekly newspaper jobs have disappeared. A severe economic downturn threatens to make a dire situation even worse. Some outlets are already shutting their doors. Many of the industry’s worst wounds were self-inflicted, but the emphasis now needs to be on keeping reporters employed and refilling some of the empty seats.

Any recovery package should include at least $2 billion over the next two years to fund newsroom jobs at commercial outlets committed to local coverage. These could be daily newspapers, community papers, or alt-weeklies (which are in bad trouble). The immediate priority is keeping outlets in business and workers on the payroll. Direct, emergency subsidies of say $25,000 per newsgathering position could make sure reporters everywhere stay on the local COVID beat. Just $625 million would help retain 25,000 newsroom jobs.

Over the next two years, as coverage of both the health and economic crises continues, Congress could offer deferred or no-interest business loans that could be repaid in the future. Another sensible approach could be through tax credits, in which the government picks up a significant part of the tab for newsroom staff wages through the end of 2021. An Emergency Jobs for Journalism Tax Credit could offer $40,000 per newsroom employee hired during the remainder of calendar year 2020; the tax credit would apply through the end of 2021.

While we’re at it, we should ease the transition of news outlets to nonprofit status and incentivize local, independent, or worker ownership and control when outlets go up for sale or into bankruptcy. We should also consider giving household tax credits for paid subscriptions to local news outlets.

At the same time, the government should increase its public-service advertising in local outlets, especially those that are free, by at least $100 million.

New investments in the news we need. We are long overdue for a major investment in services that provide community information. To restore what’s been lost and meet growing needs, Congress should take COVID-19 as an opportunity to revive and reimagine journalism’s future.

A forthcoming recovery or stimulus bill should include another $2 billion to seed a “First Amendment Fund” to support new positions, outlets, and approaches to newsgathering. Such a fund, distributed by a new division of the Corporation for Public Broadcasting or another newly created entity, could offer grants to meet civic information needs, create jobs dedicated to newsgathering and community engagement, and prioritize places and populations that the mainstream outlets have never served well. The effort could be modeled on and work in tandem with state-level projects like New Jersey’s Civic Information Consortium and similar projects being developed in Colorado and Ohio.

The fund should be seeded with a significant investment. Over time, it could be sustained through a small tax on targeted online ads, as Free Press has proposed. The basic idea is that online platforms that are responsible for polluting the civic discourse—and that are making plenty of money, even during the spread of COVID-19—should help clean it up.

NOW IS THE TIME TO ACT. We need significant public investments in all corners of the economy, and journalism is no exception. We can’t get through this pandemic—or the next one—without a resilient and community-centered media system.

Undoubtedly, big media conglomerates are already working hard for handouts behind the scenes. But instead of corporate tax cuts and stock buybacks, we need targeted measures that will put more reporters on the ground in communities and make sure the public can get the trustworthy information it needs.

Has America ever needed a media watchdog more than now? Help us by joining CJR today.