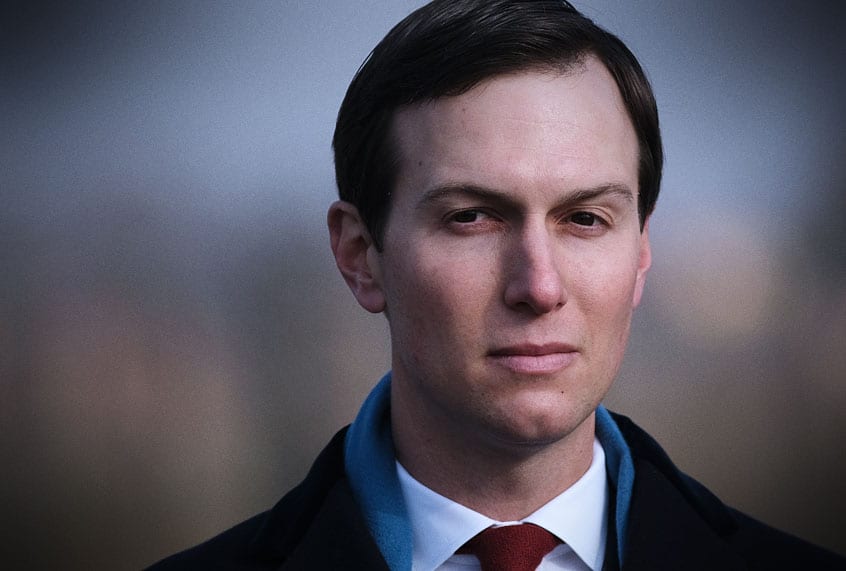 President Donald Trump’s son-in-law and White House adviser Jared Kushner has created his own “shadow task force” that works alongside the team overseeing the administration’s official response to the new coronavirus, according to a new report.

Kushner, who repeatedly told Trump that the media “exaggerated” the risks posed by COVID-19 before carving out a larger role for himself on the team, has assembled his own collection of allies and corporate officials. The move has resulted in “confusion and conflicted signals within the White House’s disjointed response to the crisis,” The Washington Post reported.

Kushner’s team is focused on setting up drive-through testing sites around the country after the administration’s response to the outbreak was marred by testing delays and restrictions. Many people still report that it is difficult to get tested for COVID-19 as the U.S. still lags behind most of the developed world in testing.

Some in the White House have privately labeled Kushner’s team a “shadow task force,” leaving officials “unsure who is in charge,” according to the report. Aides described a lack of coordination and clarity, noting that Kushner has brought in a number of private industry leaders who have since sent mass emails to government officials.

“We don’t know who these people are,” a senior official told the outlet. “Who is this? We’re all getting these emails.”

Kushner, who rarely speaks to the press, told The Post that he was trying to bring “an entrepreneurial approach” to the coronavirus crisis.

“We’re getting things done in record speeds and are doing everything possible to avoid damage and mitigate the negative impacts,” he claimed. “In America, some of our best resources are in our private sector. The federal government is not designed to solve all our problems. A lot of the muscle is in the private sector, and there’s also a lot of smart people.”

But Kushner has been behind some of Trump’s biggest blunders since the crisis began. He co-wrote the widely-panned Oval Office speech banning some travel from Europe, which caused markets to plummet and led to numerous walk backs. Kushner also organized the press conference where Trump announced a Google-powered testing expansion, which turned out to be only in the very early stages of development.

There have been more than 8,317 confirmed cases in the U.S., though Deborah Birx, the coordinator of the official White House Coronavirus Task Force, said that number would increase “dramatically” in the coming days once more tests are processed. At least 147 people have died from the virus in the U.S.

Congress finally approved a $100 billion stimulus package Wednesday that included paid sick leave, unemployment benefits and free testing, which was quickly signed by Trump after Republicans delayed it for days. The paid sick leave provisions apply to only about 20% of workers.

Congress is also discussing a larger relief package. The Treasury Department has proposed sending two rounds of checks to most Americans as part of a $1 trillion package that also includes $300 billion in loans for small businesses and $150 billion for industries hit hard by the crisis. Sen. Mitt Romney, R-Utah, has called for $1,000 checks for every American while a bill by Democratic Sens. Michael Bennet of Colorado, Cory Booker of New Jersey and Sherrod Brown of Ohio would send up to $4,500 to each American.

But the plan has received pushback from Republicans like Sen. Lindsey Graham, R-S.C., who said it would be nothing but “money wasted.”

“I don’t think people are looking for a one-time check from the government,” he said.

Graham’s opposition comes as the economy faces months of decline and uncertainty. The Dow Jones Industrial Average has fallen back to around the same level as it was at the time of Trump’s inauguration more than three years ago. JP Morgan Chase predicts that the economy will shrink by 14% in the second quarter and could plunge the world into an unprecedented depression. Unemployment applications have surged by the tens of thousands, The Washington Post reported. Treasury Secretary Steven Mnuchin warned Senate Republicans that the unemployment rate could rise to 20% without drastic action, according to Bloomberg News.

Health officials are increasingly preparing the public for a much longer disruption than first anticipated. A number of states have already announced that schools will not reopen this academic year. Surgeon General Jerome Adams acknowledged Wednesday that the administration’s recommendation calling for 15 days of social distancing measures is “likely not enough.” A leaked federal plan revealed that the crisis could last up to 18 months. A British analysis that rocked the White House also predicted the outbreak could last up to 18 months and estimated that as many as 2.2 million people could die without drastic action.

Though most deaths from the virus have involved people over the age of 60, the administration is increasingly concerned about younger people. The Centers for Disease Control and Prevention said Wednesday that half of American patients in intensive care are under 65 years of age, and 38% of patients hospitalized are between 20 and 54 years old.

“If I get corona, I get corona. At the end of the day, I’m not going to let it stop me from partying,” one young man told CBS News in a video that was widely-shared on social media.

Sen. Risk Scott., R-Fla., warned people to “get off the beach” Thursday.

“Don’t take a chance that you’re going to be the one to cause your grandparent or your parents or another friend from school to get sick,” he said on CNN.

Dr. Anthony Fauci, the director of the National Institute of Allergy and Infectious Diseases, also issued a stark message to young people in an appearance on the network.

“You yourself could be in harm’s way. You’re not out of danger,” he said, adding that young people can also spread the virus, even if they don’t know they have it. “You have a responsibility ― a societal responsibility ― to protect the vulnerable.”

Despite the repeated warnings from health officials, a new Pew Research Center poll found that more than 75% of Republicans believe the media has exaggerated the risks posed by COVID-19, which has killed more than 8,900 people around the world and is killing more than 300 people per day in Italy alone. State officials warned that Italy’s hospitals have been overwhelmed by the spike in patients, which is likely to happen in the U.S. without drastic action to slow the spread.

CNN drew a straight line between Trump’s earlier attempts to downplay the risk posed by the virus and Fox News hosts echoing his language to the trend in Republicans shrugging off public health warnings.

The conservative network has since begun taking the threat far more seriously while shifting blame to Democrats and praising Trump’s response.

Fox host Lou Dobbs asked viewers Wednesday to grade Trump’s leadership in the “fight against the Wuhan Virus,” echoing terms used by Trump and other Republicans that have been condemned as xenophobic.

Dobbs’ poll only offered the option to rate Trump’s leadership as “very good,” “great” and “superb.”