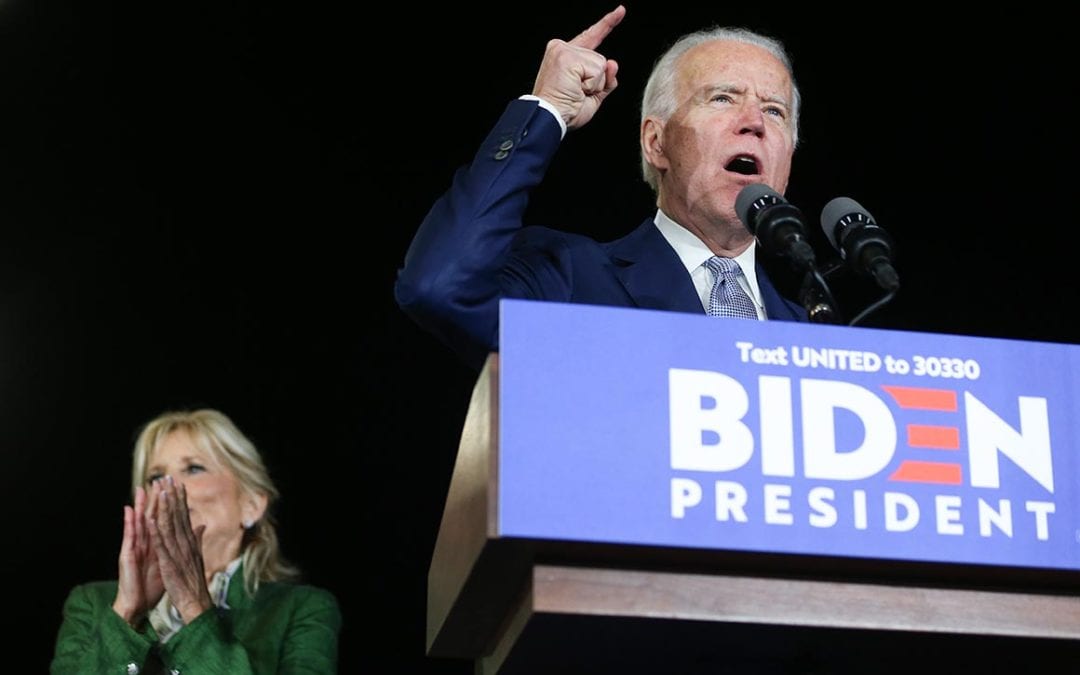 As Sanders underperformed on Tuesday, pressure ramped up on Warren to drop out of the race. “Imagine if the progressives consolidated last night like the moderates consolidated, who would have won?” Rep. Ilhan Omar (D-Minn.), a Sanders surrogate, wrote on Twitter.

The Bay State was the biggest shocker, given that it’s home to Warren and neighbor to Vermont Sen. Bernie Sanders. That is, until Biden landed Texas.

For a candidate once considered toast, Biden defied expectations, beat better-funded rivals and made a statement win Tuesday that’s expected to slingshot him into the next round of states with electorates that match Biden’s voter profile. They could help him build a lead over Sanders as the presidential primary narrows to a de facto, two-man race.

“Super Tuesday showed Biden really is the guy who builds the coalition and puts together the pieces of the Democratic Party. All the momentum is with Biden until the convention,” said Matt Angle, a Texas Democratic strategist.

“This is a story of momentum and people being set in their jaw. It’s a Texas expression: ‘I’m gonna clench my teeth and get in this fight’ — to beat Donald Trump,” Angle said. “Voters don’t want perfect. But they want a fighter with them.”

Sanders won the mega prize of California, despite spending little time or money there, as well as Colorado and his home state of Vermont. The sheer size of the Democratic state gave Sanders a boost in delegates to help him remain in contention with Biden.

But Super Tuesday also showed the limits of Sanders’ appeal relative to his 2016 candidacy. Two of the states he lost — Minnesota and Oklahoma — Sanders had won in 2016. He was also trailing in Maine, another state he won that year. California, which he lost in 2016, was a glaring exception.

Biden had downplayed expectations heading into Super Tuesday. He wasn’t focusing on winning states, the campaign said, and was instead concentrating on picking off select congressional districts — especially ones with heavy African-American populations — to maximize his strengths and spend his limited dollars.

That strategy won’t change, although Biden’s finances and position in the polls likely will.

“Our strategy for Super Tuesday and moving forward has always been focused around delegates. If you look at our media-buying, it was always focused on congressional districts,” said Anita Dunn, Biden’s top campaign adviser. “So we’re up in targeted districts in Mississippi and Missouri and we’re going there.”

While it expects a huge infusion of contributions, the ad buys so far have been small for the cash-strapped campaign. Biden, for instance, spent just $25,000 to advertise in Little Rock, Arkansas, targeting black voters. In Michigan, the campaign has reserved just $500,0000 in TV ad time, half of which is slated for Detroit and the rest spread around Lansing, Grand Rapids and Flint. Another $455,000 was reserved in Missouri, nearly half of which is St. Louis and a quarter in Kansas City.

“Bernie spent over $20 million on Super Tuesday advertising and there was a period of time we didn’t have anything to spend on air,” Dunn pointed out.

“Biden’s going to win Florida. I have no doubt about it,” said Steve Schale, a top Florida Democratic consultant who heads the pro-Biden super PAC, Unite The Country.

Schale, who helped guide the Obama-Biden campaigns in Florida in 2008 and 2012, said Biden’s surge after his lopsided win in South Carolina helped the PAC fund $1.4 million in black radio ads and targeted TV spots in Super Tuesday states to supplement the campaign’s spending.

Ohio is personal for Biden’s campaign: It’s the home state of campaign manager Greg Schultz, who led Obama-Biden campaign operations there while Schale was in Florida. In Ohio and Illinois, Biden is again counting on a coalition of working-class whites and African Americans to surge ahead.

Arizona, a libertarian-leaning state with a moderate Democratic electorate, could also favor Biden, although Sanders’ campaign says his appeal with Latinos could allow him to carry the state.