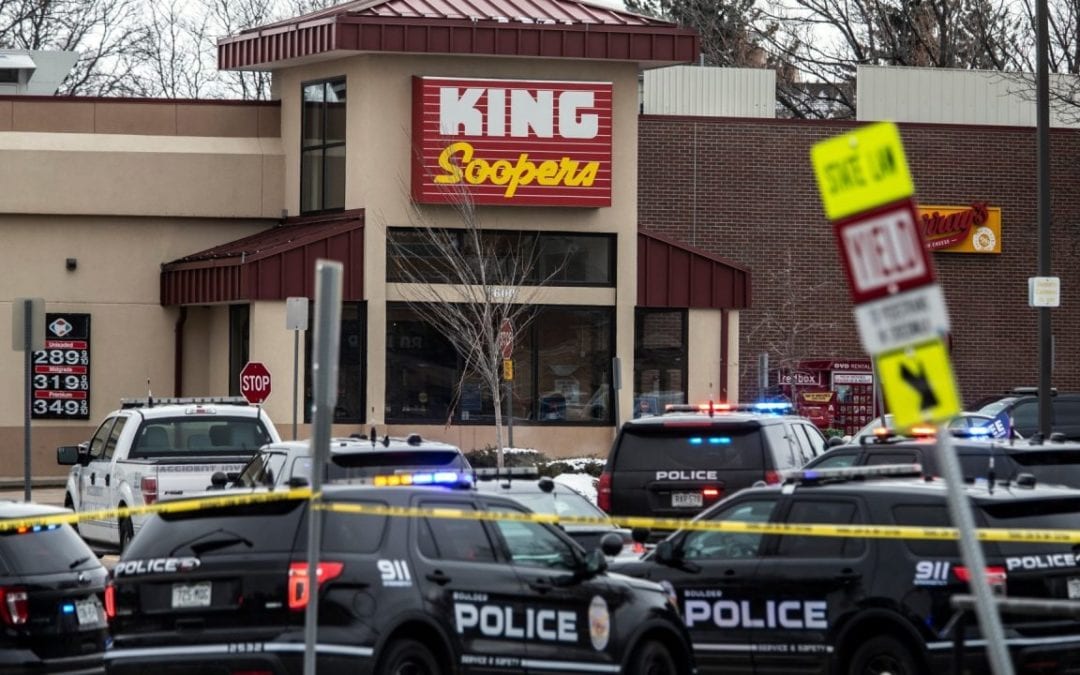 Other than Boulder Police Officer Eric Talley, the names of the other victims of what appears to be a random shooting weren’t released.

The tragic shooting at a supermarket in Boulder, Colorado will take up to five days to investigate, according to the city’s police chief.

Ten people were killed in a mass shooting at King Soopers supermarket in what appears to be a random incident.

In a statement issued late yesterday, Governor Jared Polis wrote, “Today, ten lives were tragically lost, including Boulder Police Officer Eric Talley. Officer Talley served more than 10 years with the Boulder Police Department and tragically lost his life at the age of 51 while working to save the lives of others.”

“And tonight, the families of these victims, our fellow Coloradans, my neighbors, are hearing the devastating news that their loved one who simply woke up and went to work this morning, or who ran out to pick up eggs, won’t be coming home,” he continued. “Our community anxiously awaits more information on the victims, hoping it’s not our friends, coworkers, and neighbors but knowing in our tight-knit community it will be, and even if we don’t personally know them, we all mourn their senseless killing and our sense of safety in our local grocery store.”

Polis acknowledged how 2020 was a year of unspeakable loss and that the rising number of vaccinations against coronavirus had started to inject a sense of light into many communities, “only for the darkness to descend on us again today.”

“Today,” Polis wrote, “We saw the face of evil, I am grieving with my community and all Coloradans.”

Other than Officer Talley, the identity of the other victims has not been released. The suspected shooter has reportedly been arrested, but his identity has also not been disclosed.

The shooting in Boulder is the second mass killing to rock the nation this month. Eight people, six of them Asian women, were shot and killed March 16 at three different spas in the Atlanta area. Robert Aaron Long, 21, was arrested that day for the crime.