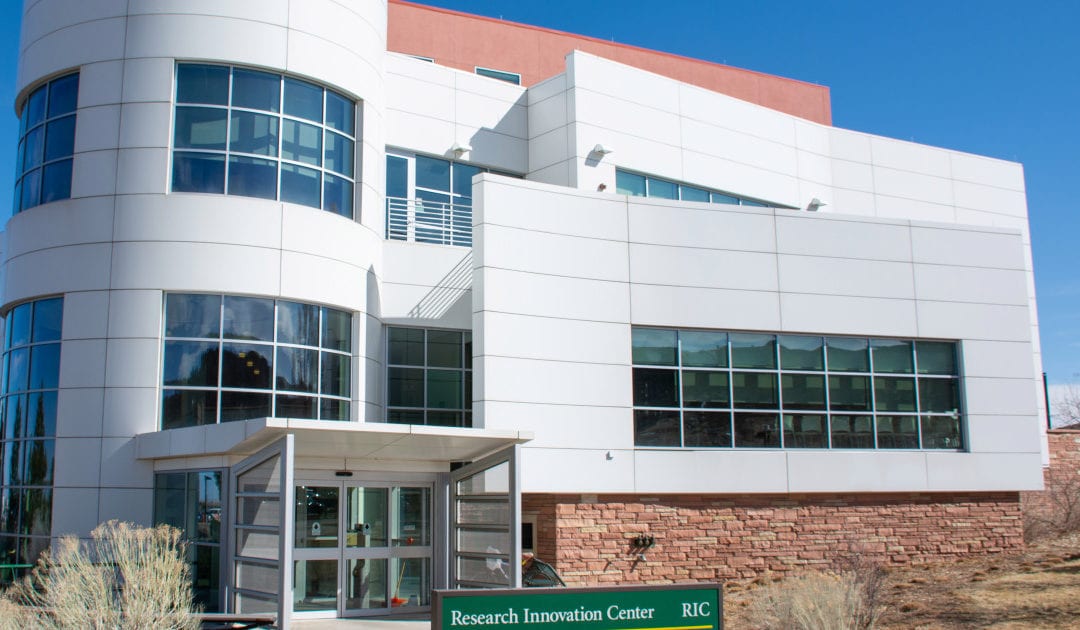 FORT COLLINS — Here, nestled up against the foothills, there’s a bat colony living in the basement of a sleek white-and-glass Colorado State University building — which isn’t entirely relevant to this story except to set the tone for the peculiar work that takes place inside.

Welcome to Colorado State University’s Research Innovation Center, where scientists study many of the world’s scariest pathogens — including some carried by bats — and create medicines to protect humans and animals from them. Researchers here hope to be among the first in the world to create a vaccine for COVID-19, the disease caused by the new coronavirus.

They are among a handful of teams across the globe racing to develop a vaccine in record-setting time. And, as early as this week, researchers at the center may be able to achieve a key, early step toward creating the vaccine.

“It’s amazing we’re moving as quickly as we’re able to,” said Raymond Goodrich, the director of CSU’s Infectious Disease Research Center, of which the Research Innovation Center is a part.

That pace owes to the center’s experience working with similar respiratory viruses, like SARS and MERS. But the first step in their process — inactivating the COVID-19 virus, which is officially known as SARS-CoV-2 — also shows just how far researchers still have to go.

Goodrich said it could take a year and a half before the center could produce a safe vaccine ready to be used widely by humans. There must first be testing in animals and in humans. Even the most advanced and well-funded research teams across the country will still likely take a year or more to get a vaccine ready.

“This is the fastest we have gone,” Dr. Anthony Fauci, the director of the National Institutes of Health’s National Institute of Allergy and Infectious Diseases, said of an NIH vaccine candidate. But he said it’s quite possible that COVID-19 “will go beyond just a season, and come back and recycle next year. In that case, we hope to have a vaccine.”

To be effective, a vaccine must do two things: First, it must create within the human body an “immune response” — something that triggers the body to produce antibodies that can fight against the specific virus. Second, it has to do this without harming the person who receives the vaccine.

That’s not as simple as it sounds.

Viruses work by burrowing into a cell, using the machinery of the cell to replicate themselves and then exploding outward to infect more cells. In electron microscope images of the COVID-19 virus, viral particles are shown marching out from ruptured cells like so many stormtroopers.

A vaccine lets the body train to stop those spreading viral particles before it actually gets infected. But, to do that, the vaccine needs to contain a part of the virus. The body needs to know its enemy.

At the Infectious Disease Research Center, Goodrich and others aim to do this by inactivating the virus — basically stopping its ability to replicate. Scientists at the center received vials containing the COVID-19 virus weeks ago to begin this work. They are using a small machine that Goodrich helped invent to purify blood in remote settings, like battlefields, and that can inactivate large quantities of virus in just seconds.

Goodrich said researchers as early as this week might be able to confirm that the method works to inactivate the COVID-19 virus. But that’s just step one to making a vaccine.

If the inactivation process is effective, the next step is growing large quantities of the virus, so it can be inactivated and put into vaccines for testing. John Wyckoff, the director of BioMARC, a nonprofit company at CSU that helps produce vaccines, said the team is currently working on a 1-liter scale. But, for a vaccine to be commercially feasible, manufacturers will need to make thousands of liters of virus-infected cell culture.

Different labs around the world are using different methods to create a vaccine. The CSU approach is something of a traditional model — albeit with new technology. In the NIH effort, researchers are trying to synthetically develop a specific protein found on the outside of the COVID-19 virus, to avoid having to grow large amounts of virus in a lab.

Overall, it’s a bit of a shotgun approach. But that’s what’s needed, said Dr. Judith O’Donnell, the infectious disease chief at Penn Presbyterian Medical Center in Philadelphia and an expert in vaccines.

“Until we test them in humans we have absolutely no idea what the immune response will be,” O’Donnell said. “Having a lot of different vaccines — with a lot of different theories behind the science of generating immunity — all on a parallel track really ultimately gives us the best chance of getting something successful.”

Once the vaccine is ready for testing, Goodrich said researchers will need to find a suitable animal to start with — something like a mouse, guinea pig or ferret that can be infected (and affected) by the virus and immunized against it. But it’s not always certain that such an animal can easily be found. Sometimes researchers have to turn to monkeys or other primates, which present more ethical considerations.

“We never want to be in a situation where the first time we’re testing something for safety and efficacy is in a human,” Goodrich said.

Even once an animal “model” is found, there’s still plenty that can go wrong. If the virus wasn’t actually inactivated, the vaccine could end up infecting the test subject. On the other end of the scale, the body might not produce a strong enough immune response — or one that lasts long enough for the vaccine to be worthwhile.

If testing on animals is successful, then the tests move into humans — small groups, at first, with an eye on the safety and side effects of the vaccine. Next comes larger groups.

Despite the urgency, there is broad agreement that the process can’t be short-cut. Colorado U.S. Sen. Michael Bennet toured the Research Innovation Center last week and, after praising the work being done there, also defended the timeline.

“This is not one of those cases … where it’s a lot of red tape that’s not letting people do the work they need to do,” he said. “It takes time.”

Three out of every four new infectious diseases are zoonotic, meaning they spread between animals and humans, and that makes CSU a natural place for COVID-19 research.

Though best known for its study of veterinary medicine, professors at the university have decades of experience researching human diseases that are carried or transmitted by animals — such as West Nile virus, the Zika virus and others. Scientists at the Infectious Disease Research Center have also studied SARS and MERS, two other respiratory illnesses caused by different kinds of coronaviruses.

For instance, after conducting studies on three male camels at a CSU animal disease lab, CSU professor Richard Bowen discovered that MERS was likely passed to humans by camels. That provided a new way to potentially protect humans from the disease, which appears to be more lethal than COVID-19.

“We’re hoping to vaccinate the camels to protect humans from the virus,” Bowen told The Rocky Mountain Collegian, CSU’s student newspaper, in 2015.

So, when COVID-19 began spreading rapidly in China, Goodrich said CSU decided to jump on it without hesitation or prompting. And that is where the bats come in.

Rudolph said it’s likely bats are carriers of COVID-19 as they are of other coronaviruses. By studying the bats — kept in a darkened lab in the research center’s basement — CSU scientists will be able to get a better idea of how the disease got into humans in the first place and find other ways, in addition to a vaccine, to block it.

Goodrich calls this a “one health” approach — focusing on the well-being of both people and animals to the benefit of both. And it’s one reason why he’s optimistic that CSU will get a viable vaccine for COVID-19 through testing and distributed as quickly as possible. But there’s a lot to do before then.

“Science can surprise you sometimes,” he said. “That’s why you have to take it step by step.”