In two Colorado neighborhoods, even life expectancy is much diminished 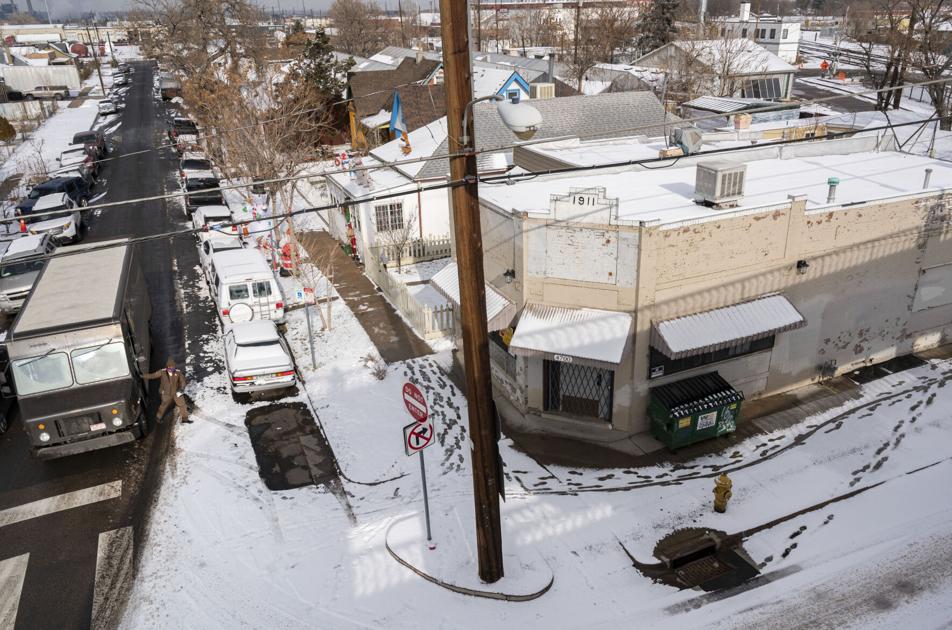 Jim Garcia’s humble, adobe-plastered clinic stands sentinel atop the Lincoln Street hill in north Denver, its front doors looking out in the distance to a bustling dog food factory, a contentious highway construction project and the myriad tiny, century-old houses where many of his patients live.

His doctors routinely prescribe insulin, administer heart checkups and write scripts for inhalers, usually at no charge because his patients can’t pay.

But in his quest for neighborhoodwide health, so much is out of his control.

Here in the Globeville neighborhood, just a few miles north of Colorado’s state Capitol and a short walk from RiNo’s bustling redevelopment, exists a place where most residents will barely live past 70 amid a glut of pollution, widespread poverty and fast-rising home prices that leave many residents perpetually on the edge of eviction.

The coronavirus pandemic has only exacerbated those woes for Globeville and its neighboring community to the east, Elyria-Swansea. The two neighborhoods rank in Denver’s top five for hospitalization rates due to COVID-19 since the pandemic began, according to Denver Public Health. That’s out of nearly 80 city neighborhoods.

The mosaic of disparities here is borne out in data from the Colorado Department of Public Health and Environment and the Colorado Hospital Association. Across Globeville and Elyria-Swansea:

• Rates of people reporting fair or poor health from 2014 to 2017 were worse than the surrounding county and state, particularly in Elyria-Swansea, where nearly one in four residents reported being in ill health;

Yet getting help for those ailments can be difficult. Both neighborhoods reported markedly lower rates of health insurance coverage than the surrounding county or the state from 2014 to 2017. And these residents also said they delayed medical care during that time for cost reasons far more frequently than did other Denverites.

A resident shovels snow after a December storm on York Street, a block north of the I-70 viaduct in the Globeville neighborhood in Denver.

In all, the life expectancy in Globeville is nearly eight years shorter than the rest of the state, at 72.8 years compared with 80.5, according to estimates using 2010-15 data from the U.S. Centers for Disease Control and Prevention.

Drive a couple of minutes to the south or west and conditions improve. People living just a short trip to the south, in the Curtis Park area, can expect to live more than eight years longer than their Globeville neighbors.

Residents in the Elyria-Swansea neighborhood are faring a little better, with a life expectancy of 76.2 years.

None of this comes as a surprise to Garcia, CEO of Tepeyac Community Health Center, a nonprofit federally qualified health center that caters to impoverished and uninsured patients, many of them undocumented immigrants.

“When people don’t have access to some of the basics that other communities take for granted … that all contributes to the lower life expectancies,” Garcia said.

The reasons for these stunted life spans are myriad and complex, public health experts agree.

Research across the nation has shown that other factors — crime, poverty, housing instability and education — can carry far greater weight in the average American’s lifespan than their proximity to a physician.

Called the social determinants of health, they can lop years from residents’ lives, at times making someone’s home ZIP code a chief predictor of their life expectancy, said Katie Dickinson, assistant professor of environmental and occupational health at the Colorado School of Public Health.

A mural created by Denver artist Joshua Finely is seen on the wall between Swansea Elementary and the Interstate 70 viaduct in October. It shows the feelings of the some of the Globeville and Elyria-Swansea residents toward the freeway construction.

In few places is that more apparent than in the Globeville and Elyria-Swansea neighborhoods.

A 2017 survey of the area by a Colorado State University professor found that one in three adults got very little exercise, along with almost half of children in the area. Three-quarters of residents didn’t eat enough fruits and vegetables, highlighting the area’s lack of grocery stores. And one in four adults had concerning stress, depression and emotional problems, the survey said.

“One thing that’s really important when we’re talking about these disparities and inequities is all of these things are not independent of one another,” Dickinson said. “Those things are all related to some fundamental structural racism and other legacies of policies that specifically created those systems.”

It starts, simply, with the air they breathe.

Fumes are a constant source of concern for people living here, be it in odors from the Purina dog food factory just off Interstate 70, from the numerous marijuana-growing factories here or from toxic emissions from Suncor Energy’s refinery just to the north in Commerce City. Last year, Suncor paid $9 million in a settlement with state health regulators over air pollution violations.

St. Joseph Polish Catholic Church was built for the Globeville’s Polish immigrants in 1902. The Interstate 70 viaduct, which was finished in 1964, separated it from the southern side of the neighborhood.

Then there’s the constant hum and emissions of all those vehicles passing every day on Interstates 70 and 25.

“The thing that gets you the most is the smell,” said Marty Otañez, associate professor of anthropology at the University of Colorado at Denver. “It like gets in your clothes. So many people I talk to, young people, say it sucks for them to live and breathe this stuff every day of their lives.”

For children who have grown up in the area, the breathing difficulties that residents say come from living in that often-foul air are legion.

“It’s almost normalized,” said Alma Urbano Torres, who works with children in the Globeville and Elyria-Swansea neighborhoods as a project manager for the nonprofit Project VOYCE. “If you lived in that area, you wouldn’t know that that’s not normal.”

The true breadth of respiratory illness in the Globeville and Elyria-Swansea neighborhoods remains unclear, as do rates of many other illnesses that residents here complain about, including cancer.

Rates of asthma, for example, are at or below county and state averages, according to the Colorado Department of Public Health and Environment. Yet asthma-related hospitalizations in these neighborhoods are nearly double the state average, according to Colorado Hospital Association data. An upcoming study could shed more light on that issue.

A settlement between residents in this area and the entities in charge of the Interstate 70 project included $575,000 for a health study of residents in the affected areas.

“The people down there have been at this for a long time, as far as trying to fight for a cleaner environment,” said Tara-Lloyd Burton, professor emeritus of law and public policy at the University of Colorado at Denver, who also helped oversee the settlement agreement. “They fight with everything they’ve got — they just don’t have much.”

Garcia isn’t waiting for others to take the lead in chipping away at those ailments.

Walking down 48th Avenue — which, like many streets here, has no sidewalk — Garcia comes upon crews busy constructing a new building that promises to vastly expand Tepeyac’s capacity. It’s part of a new 6-acre campus owned by Urban Land Conservancy, a nonprofit that’s working to preserve space for affordable housing.

The first floor of this new building will feature a 24,500-square-foot clinic, one that’s quadruple the size of its current space, Garcia said. Included will be 20 exam rooms, the nonprofit’s first pharmacy, six dental suits and a large behavioral health office, complete with an area for children to receive play therapy.

Through it all, Garcia’s current adobe-styled clinic atop the hill in Globeville will remain open, he said. And he hopes the new clinic will begin to make a greater dent in the poor health outcomes of residents here, even as it faces the headwinds of larger forces at work in the community.

“It’s somewhat daunting,” Garcia said. “But that’s what we’re called to do.”