In reversal, Minnesota will release names of senior care facilities with coronavirus – StarTribune.com 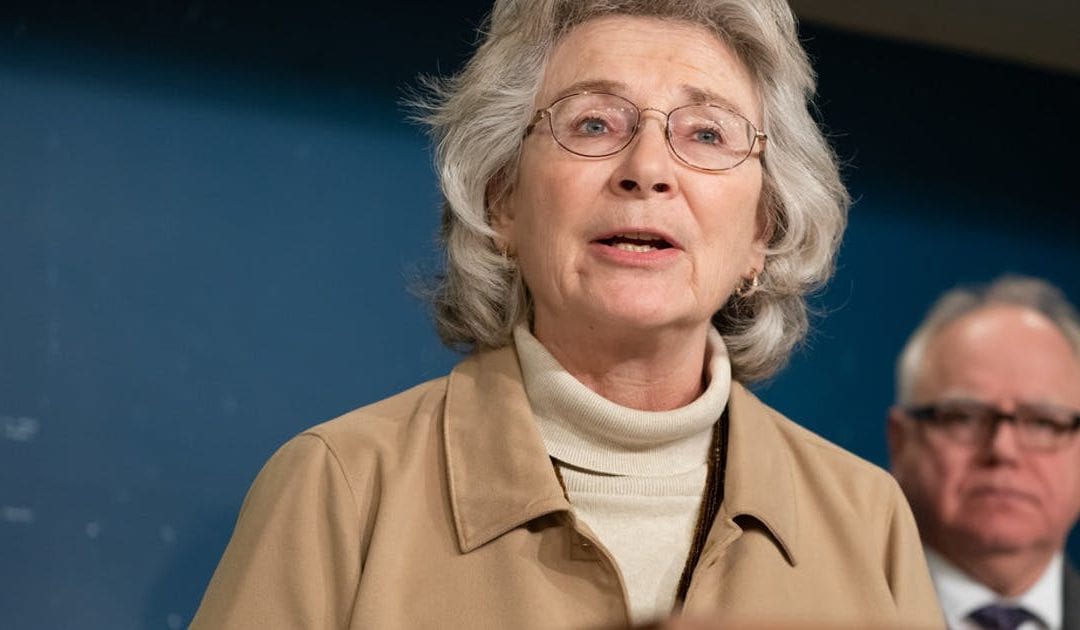 Amid mounting public pressure, the administration of Gov. Tim Walz has reversed course and will release the names of dozens of long-term care facilities where residents and staff have become infected with the novel coronavirus.

For the past three weeks, the state Department of Health has been concealing this information, citing data-privacy concerns, even as the virus has spread rapidly in nursing homes and assisted-living facilities across the state. Most of the Minnesota COVID-19 deaths have been among long-term care residents, who account for 11 of the 18 deaths. Statewide, 49 residents and 22 workers in long-term care facilities have been sickened by the virus, and the soaring numbers of cases had spurred calls for more public disclosure.

In an abrupt change, Health Commissioner Jan Malcolm said Thursday that her agency will begin publishing as early as Friday or Saturday on the agency’s website the names of long-term care facilities where residents or staff have tested positive with COVID-19. To protect individual privacy, the agency will release only the names of facilities with 10 or more beds.

“With the current level of concern, we believe it is important to balance value with government transparency and sharing information with the public,” Malcolm said. “To that end, we decided to update that approach to share more [information] in long-term care facilities.”

The turnabout comes amid growing public anxiety over the pandemic and highlights a sharp debate over how much the public should know about the spread of the virus. Many public health experts have argued that concerns over protecting the public, particularly vulnerable seniors, should take priority over individual privacy during the emergency.

Minnesota’s limited disclosure had drawn criticism and alarm from public health experts, who said information on which facilities housed residents infected with the virus was vital to public safety. Without site-specific data, many families said they could not make informed judgments about where to place their loved ones as the virus spreads. Nearly 50 long-term care facilities across the state have at least one confirmed case of COVID-19; a half-dozen have two or more.

Concealing their names had only compounded the public’s concern over the virus, said Kristine Sundberg, executive director of Elder Voice Family Advocates, a volunteer group that pushes for safe and quality care for seniors. “The withholding of this information was eroding trust in our regulators at a critical time, and making this decision will start to rebuild that again,” she said.

Public disclosure during the pandemic has varied widely across the nation, but a number of other states have been more forthcoming with facility-level data. For instance, the Colorado Department of Public Health and Environment releases the names and locations of long-term care facilities with confirmed COVID-19 cases to any member of the public who requests the information. Many counties in California and Washington state also release names and locations of facilities where residents have tested positive.

After the Star Tribune reported on these concerns Wednesday, the head of a key committee in the Minnesota Senate called on Walz to release the facility names. “Withholding this information only brings unnecessary grief and frustration to many Minnesota families,” said Sen. Karin Housley, R-St. Mary’s Point, chairwoman of the Family Care and Aging Committee, in a statement early Thursday. “In the midst of an unprecedented crisis, transparency has arguably never been more important.”

Along with arguing the release of affected facility names would potentially expose the personal identities of people with the virus, the Health Department also said it was concerned that releasing the names might do more harm than good by giving people a “false sense of security” that facilities without COVID-19 cases were protected from the disease. Some people might react by moving their loved ones out of facilities, increasing the risk of the virus spreading, the agency had said.

Matt Ehling, board member of the Minnesota Coalition on Government Information (MNCOGI), said the agency’s rationale was “fundamentally flawed” and lacked legal justification. Minnesota’s data practices law allows for individual information to be withheld if it is classified as private, but facilities are not classified as private, so their names are “public by default,” he said. It would also be impossible for members of the public to identify individuals based solely on a facility’s name, he said.

He noted that state and federal agencies have long published reports that identify long-term care facilities. For instance, the Health Department maintains a searchable online database of completed investigations into allegations of maltreatment in nursing homes and other senior care facilities. Members of the public can freely download these reports, which contain facility names and addresses but exclude individual names. Similar identifying information is found on inspection reports posted on the federal government’s Nursing Home Compare website.

“We recognize that state agencies are making fast decisions in the midst of an evolving and uncertain situation,” Ehling said. “At the same time, actions taken during a crisis can set precedents that remain long after the crisis has passed.”