If you’re concerned about Colorado easing its stay at home orders, most of your Denver City Council members can relate 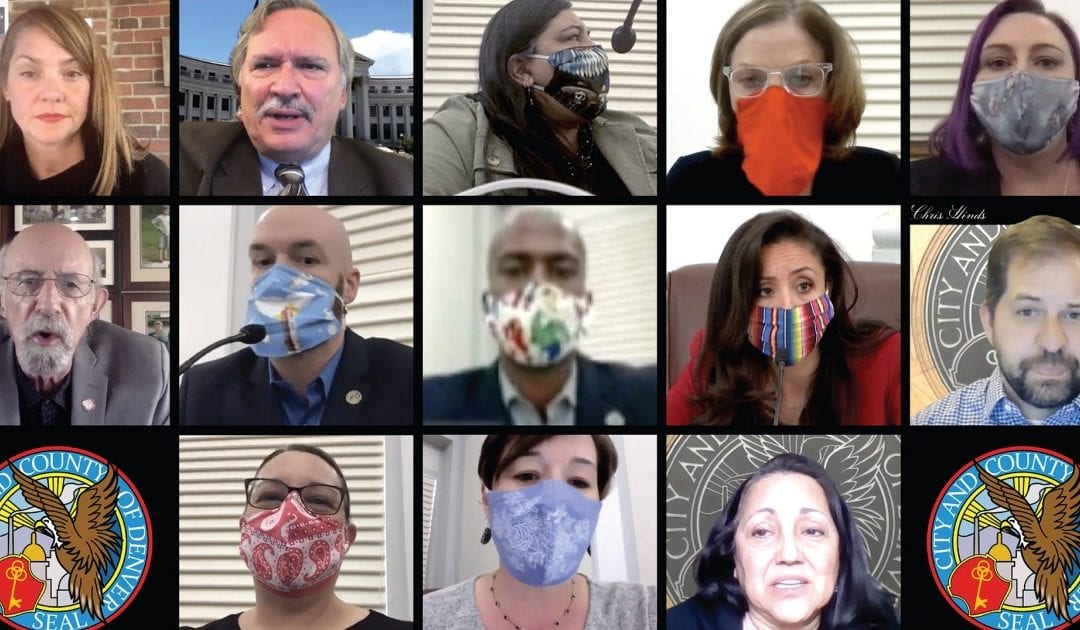 “It’s not clear how we would test staff members who are asymptomatic,” Burman said. “We would overwhelm our testing. If we tested all the health care workers at Denver Health hospital and all first responders and all staff members at facilities serving people experiencing homelessness — we don’t have even close to the number of tests to do that.”

When Polis relaxed statewide stay-at-home orders despite a lack of testing supplies, he put pressure on Denver, the Colorado epicenter of the disease. The city does not plan on relaxing its stay-at-home orders until April 30 at the earliest. Now Denver, short on testing supplies and personal protective equipment, faces a dilemma that pits the science of a pandemic against the politics of reopening the economy and returning people to work.

Denverite went down the line and asked your representatives how they feel about Polis’ decision and where the city stands on the front line against the virus. Some sent statements, others gave interviews. Councilman Chris Herndon’s office declined to comment. We did not hear back from Councilwoman Amanda Sandoval. Here’s what everyone else had to say.

“I understand the desire to lift some restrictions as people are feeling antsy and anxious about getting back to work and normalcy, but I have serious concerns about our testing and monitoring ability.

“As Colorado’s largest and most densely populated city, Denverites could be more at risk than less dense areas, so I expect that Denver will be more restrictive than other parts of the state.”

“I think it is wildly irresponsible considering the lack of capacity for widespread testing and the personal protective equipment shortage. It is yet another indicator that our most powerful elected officials still prioritize business as usual over the health and true safety of the most vulnerable. Even their own report would suggest we should wait.”

“It is critical that we continue to follow the science and our public health officials as we address this pandemic. The mayor and his team have done a great job of that, and even though we all want to get back to normal as quickly as possible, it will be important to reopen our city and state responsibly and with an eye on the big picture even if it feels like a slow process.”

“Diverse communities require diverse approaches to reopening. One size won’t fit everyone, so I believe it’s very important for Denver to work with our neighboring counties and cities on formulating a consistent policy that works best for a population that moves among all of our communities in metropolitan Denver.

“I will look to our public health staff for guidance on the safest way to turn the corner, following their collaboration with neighboring metro public health departments.”

“I’m very concerned. I believe the governor is making a good statewide decision, but we in Denver need to really make sure that we’re putting essential workers’ protection at the forefront of this conversation. And we’ve been disproportionately hit. Black and brown communities are disproportionately represented and we’ve got to protect people. And so I hope that they’re gonna really look at the health data and really look at this from a health and safety standpoint — understanding we need our economy up and operating, but we need to protect people first.

“Ideally the governor and the City and County of Denver and actually the Tri-County Health Department, especially in a populous area, (would convey) that we’re working in alignment. I think that’s a safer and clearer message to the public. But unfortunately, that’s not our reality. And so Denver should really be getting out in front and making sure that we’re following the health data before we ease or lift any restrictions. I’ve got constituents that work at the airport, working in grocery stores and healthcare on the front lines And so we’ve really got to make sure that we proceed slowly to make sure that we don’t have a, a spike.”

“Scientists tell us that we should take the coronavirus seriously. Denver listened, and we did what was necessary to stop the spread. Let’s continue to listen to scientists to help us decide what to reopen when. Let’s not forget Denver’s double-humped curve in 1918 where a premature reopening of the city caused too many deaths.”

“By and large, I think Governor Polis has been doing an excellent job managing the COVID-19 pandemic, but I think he stumbled the other day. After weeks of mostly clear direction on the importance of being data-reliant, measured and patient, and the importance of social distancing and masking-up, he appeared to open the door to a new tomorrow with very little indication as to why he was opening that door, and exactly what that new tomorrow will look like.

“I believe we are still some weeks away from any type of data-driven, phase one reopening.”

“I’m deeply concerned about relaxing stay-at-home orders in the absence of more widely available testing, which has been at the top of every health expert’s list of conditions for safely re-opening economies. As recently as Monday, Council was briefed that severe rationing of tests continues in Denver and in the state of Colorado.

“I’m appreciative of the governor’s intention to provide local flexibility to take stronger protective measures, and I support the mayor’s use of that authority if there is no new testing capacity or clearer benchmarks for safety by early next week.

“But I’m also concerned about confusion in our community, and I believe it would have been better for the state of Colorado to stay unified on the prioritization of testing, so we could continue under a single, easier to understand order, rather than the patchwork we may have instead.”

“I think Denver’s tried to be a lot more thoughtful about utilizing the data testing to ensure that the data, is consistent enough that it justifies making changes. And I don’t know that we’d had enough days to see the kind of change that we want to see to justify significantly relaxing the standards. Lots of people are anxious to get back to work. It’s a really delicate balancing act to address the economic side and at the same time trying to focus on protecting people’s lives.

“We should all be part of the conversation and that just have decisions made without having some justifiable reason. Again, that’s where the data comes in. It feels like the state’s message is confusing. On one hand, the governor said we’re going to use the data to make decisions. And yet the data has not given the justification for relaxing some of those standards.

“We need to be looking at the precautions that have been put in place by some of the other countries that feel like they’re starting to finally come out of it. And, you know, sadly, people are taking a lot of criticism for this, but we’re all trying to work towards the same end goal of keeping people safe and eventually getting to rebuilding our economy.”

“I don’t envy anyone having to make decisions right now. It’s a tough balancing act between choosing people’s health, safety and welfare, and the economic health of our city and state, right? It’s not easy.

“That said, I think what’s become very clear is that when it comes to testing, which is something I think everyone was really hoping that we would be able to rely on, it’s not ready for prime time. It’s not coming, and it’s not going to be here in any reasonable time for us to be able to rely on that as a mechanism for being able to reopen — at least reliably, anytime soon. So what do we do? I think we have to start having conversations about how to reopen, but unfortunately, that leaves us with needing to rely on supplies to make sure that we have the right kinds of mechanisms in place and supplies to be able to manage this where we can. And by that I mean stuff like face masks and gloves, the kind of stuff we don’t have in place right now.

“The other thing that people aren’t talking about but is a major concern for a significant portion of the Front Range population because of the cost of living here is, if you have an elementary school child … you rely on school as your childcare, but school is closed.

“People are ready to be done. People are scared, people are worried about paying their rent and their mortgages. They want to get back to their lives. They miss their friends, they miss their parents. And when they hear, ‘Giddy-up,’ they are out. The problem with that is that there is no one saying, ‘No, no, no. That’s not what we meant.’”

“The gap between the state order and the city order has always been a point of confusion for me and for many in District 3. I don’t think we have adequate information on testing or personal protective equipment availability for the public. I know businesses are eager to re-open their doors and I’m eager for them to do so safely but I’m also looking at graphs from Denver Public Health that show Latino positive case rates are not leveling off or reducing. In fact, they’re increasing and we don’t have guidance for them.”