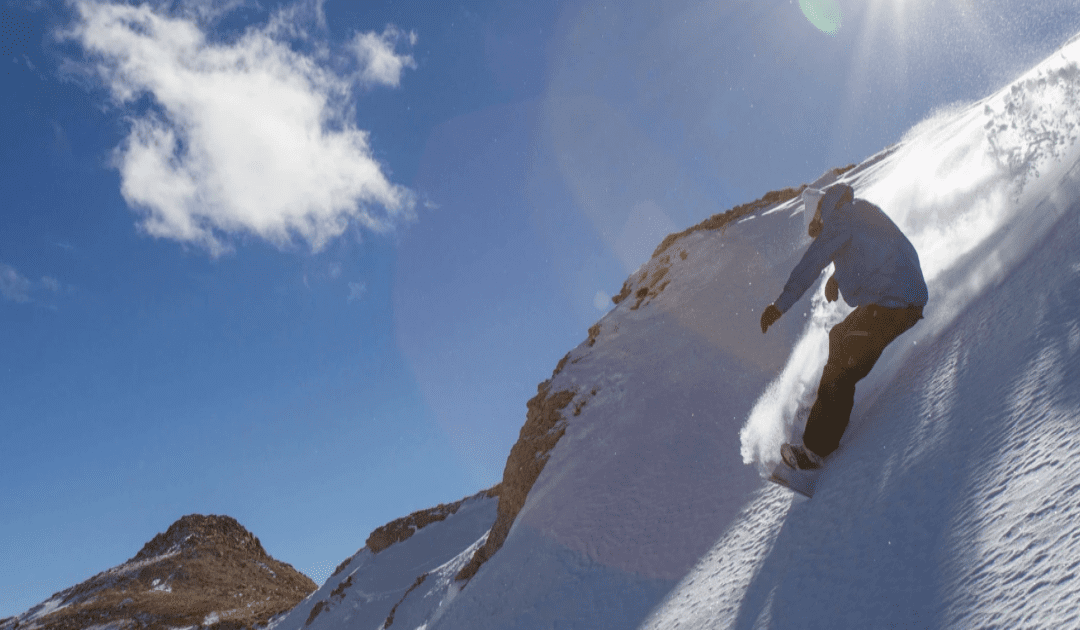 They were largely from New Mexico, Texas and Oklahoma as well as surrounding communities like Pagosa Springs and South Fork. Typical Wolf Creek skiers.

They all said, heck yeah they wanted to ski this season. And they were ready to do whatever it takes to get on the lifts. Masks, social distancing and drastically changed food service that would largely entail dining in cars and parking lots were just fine if it meant they could ski.

“It’s encouraging they were willing to modify their behavior this winter,” Pitcher said.

And a majority said they would use a reservation system.

Pitcher last week submitted an operating plan to his local public health department proposing a self-imposed cap of 5,000 skiers a day at the 1,600-acre ski area. His capacity is 6,800 skiers.

The parking lot pretty much limits his busiest-ever days to 6,300, a peak he has seen fewer than a dozen times in the 43 years his family has run Wolf Creek. On very busy days over the Christmas holiday, he can see 5,500 skiers.

Later this month he will release his season passes, carefully designed to help control traffic at Wolf Creek. Unlike Vail Resorts, which last week announced a reservation system that requires pass holders to book high-season ski days well in advance, Pitcher is adjusting his pricing.

He’s offering a premium pass without any blackout days. A midtier pass that has some blackout days and a discount pass that pretty much limits access to weekdays.

When Gov. Jared Polis shut down skiing at all Colorado resorts on March 14, the thinking was that closing only the big resorts would push skiers into more remote, smaller communities. Pitcher hopes his capacity limit and reservation system will keep masses of Front Range skiers from traveling to his southern Colorado mountain when they can’t access the big, Interstate 70 hills that will be limiting numbers.

“This isn’t the year to increase skier visits,” Pitcher said. “It’s a year to try to hold on to your existing clientele, in my opinion .”

Buyers of the Wolf Creek premium pass must reserve their ski day 12 hours ahead of time to guarantee a spot. While he hasn’t set pricing just yet, Pitcher estimates that a premium pass will cost around $1,500, up from $780 last year. The midrange pass will be more affordable and the weekday pass — with some blackout dates during spring break — will be cheaper than anything he sold last season.

Purchasers of day tickets — available only online — also will be able to lock in their spot.  He’s expanded the number of “local appreciation” days when tickets are priced around $56.

“We are trying to encourage people to shift their visitation to less dense times. That’s something we have been working on for years,” he said.

Pitcher’s Wolf Creek is one of the few ski areas in the U.S. that hasn’t signed on to a big, multi-mountain pass. This season, Pitcher sees an advantage in his aversion to joining the programs that have spread across the resort industry in the last two seasons.

The growth of Alterra Mountain Co.’s Ikon Pass as a rival to Vail Resorts’ Epic Pass has spurred dozens of independent ski areas to pick a side in partnerships that offer limited skiing to hundreds of thousands of pass holders. That has led to record traffic on big weekends as pass holders explore independent partner resorts like Aspen, Jackson Hole, Snowbird and Big Sky.

“I think we have an advantage in that we don’t have all these pass products attached to the mountain to surprise the locals and surprise the day-use skier who is paying a premium,” Pitcher said.

Pitcher, who runs Wolf Creek with his wife, Roseanne, has never really been a follower. A couple months ago he left Colorado Ski Country, the trade group that represents now 22 of Colorado’s ski hills — basically, all of them except the five Vail Resorts areas. He was not happy when he learned the association had been in talks with the governor about closing all ski areas but never gave its members a heads up that a closure was possible.

Heading into his busiest week of the season in March, he had cases of alcohol on tap and his team prepared 80,000 pounds of food for the pending deluge of spring break skiers. He spent most of the evening March 13 helping to outfit guests with rental skis. Then all resorts were shuttered the next day.

“That made us look like fools,” said Pitcher, who said he has many other reasons for leaving the trade association.

“They would do anything to sell another ticket. So it’s very counterintuitive to put a cap on your capacity. It goes against everything I’ve ever learned,” Pitcher said. “You just don’t turn people away. That’s a mantra I’ve worked under all my life.”