Hmmm: Now why do you think Colorado’s governor is not getting the Brian Kemp level of criticism for reopening his state? – twitchy.com 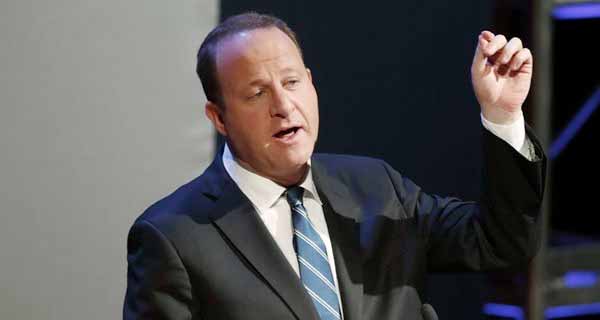 Colorado Gov. Jared Polis is a Democrat who, according to the Denver Post, is allowing his state to reopen many of its businesses on May 1st.

Polis is a liberal, in Progressive Caucus when he was in Congress.https://t.co/aCxStJtF74

He calls it moving to a “safer-at-home” phase:

Gov. Jared Polis on Wednesday defended his decision to allow some businesses to resume operations next week, saying another month under a stay-at-home mandate wouldn’t eradicate the coronavirus from Colorado — and stressing that the upcoming changes are incremental and not a return to normal life.

“We would never classify this as a grand reopening,” Polis said, likening the state’s new “safer-at-home” phase to a hike in the Rocky Mountains.

While this certainly looks like a good sign for his state, some are wondering where the firestorm of media criticism is for him.

Not sure why this hasn’t attracted more coverage. https://t.co/X5wF1deQFe

Odd that there’s such little outrage about this. https://t.co/w7BRCR3EcP

Colorado is going a similar path as Georgia. With a Democrat Governor, it doesn’t seem to be subjected to the same amount of mainstream media shaming. https://t.co/QtAC5OhZNt

I’ve been informed that it’s only the dumb, republican governors opening their states. https://t.co/J3KNT1CYtw

The media outrage over Kemp’s decision was relentless.

“In my mind, it’s reckless, it’s premature and it’s dangerous.” Savannah, Georgia, Mayor Van Johnson said Gov. Brian Kemp’s decision to allow some businesses in the state to reopen as early as Friday is “not based in any type of science or best practices.” https://t.co/CHp8n96bSJ

[Dr. Jeffrey] Koplan, now vice president for global health at Emory University, added: “I think it’s dangerous. This is no time for this kind of experimentation.”https://t.co/9mJjpUuVio

Governors are trying to figure out ways to do things that are in the best interest of their states.