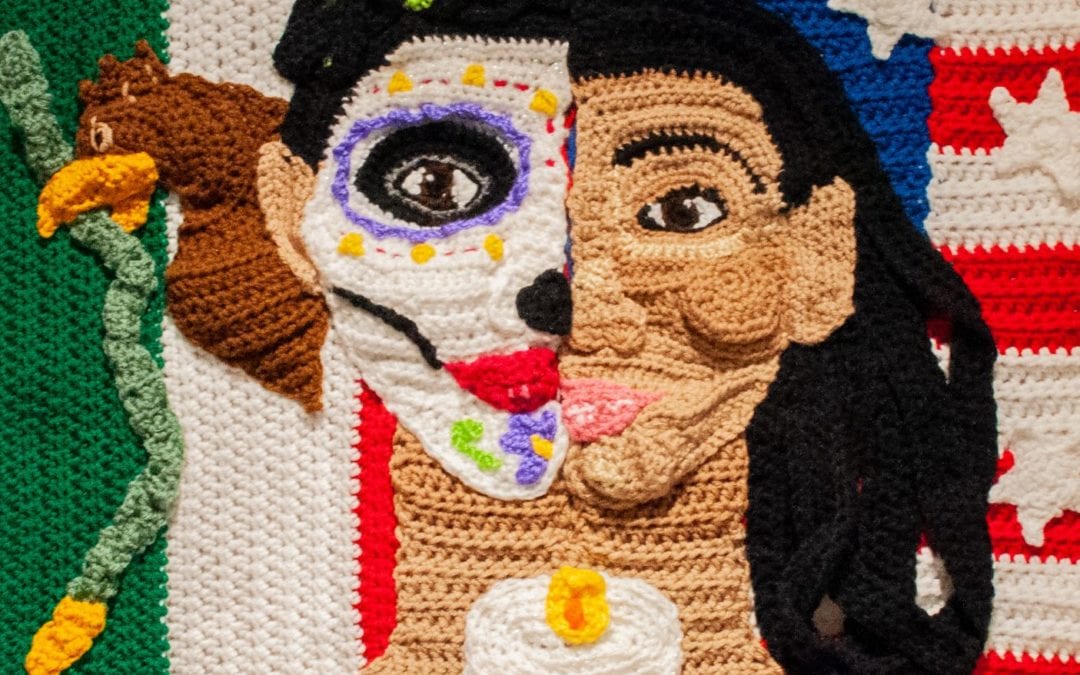 When Adrianna Abarca visited History Colorado Center’s massive, new museum eight years ago, she wandered up and down the 200,000 square feet of just-opened exhibition space hoping to learn a little bit about her own Colorado story.

There were, of course, plenty of tales about pioneers and fur trappers, about miners, soldiers and ranchers. But there wasn’t much on display about the Latino and Chicano people that figure into her family’s past.

“I scoured the place looking for how our community was represented and I, literally, only found one Spanish surname in the whole complex,” she said.

That started her on a mission. She figured out how the museum did its work and who made decisions and she put herself in the middle of it where she could.

“Hecho en Colorado” continues through Jan. 10 at the History Colorado Center, 1200 N. Broadway. Because of the pandemic and the need to control crowds, tickets must be purchased in advance, online. Info at historycolorado.org.

“I just started to show up there,” she said. “And eventually got myself invited to the table.”

She didn’t come empty-handed. Abarca controls a considerable art collection, hundreds of objects strong, that was started decades ago by her late father, Luis Abarca, who built a prosperous business portfolio, first with the landmark Wheat Ridge restaurant La Fonda, and later with the Denver distribution company Ready Foods.

The collection forms the base of the museum’s current attraction, “Hecho en Colorado,” an exhibition of paintings, sculptures, photographs and textiles created by five decades of Latino artists who worked in the state. Abarca curated the show herself.

“Hecho en Colorado” is a modest outing, packed into the center’s first-floor Ballantine Gallery, which opened last year as a venue for collaborations between museum staff and local organizations and groups. And the exhibition does have a community feel to it — works are crowded into the space and there’s little signage to let visitors know about the dates and materials associated with objects.

But Abarca, who recently started the fledgling Latino Cultural Arts Center, knows the importance of the objects and the role their creators have played in the region. Like her father, she collects mostly representational pieces that contain narratives around contemporary Latino identity.

So, for example, there are pieces in the exhibit that reflect the prevalence of Catholicism, such as Carlos Sandoval’s painting of the “Nuestra Sra. de Guadalupe,” more popularly known as the Virgin of Guadalupe, or John Flores’ rendering of the Christ child as the revered “Santo Niño de Atocha.”

There’s also “Westside Wedding,” by Carlos Fresquez, one of Denver’s most prominent artists, capturing a present-day celebration at Saint Cajetan Church, an important center of Latino faith located on what is now the Auraria Campus.

Other pieces tell the economic story, past to present, ranging from Sofia Marquez’ untitled drawing of early Colorado vaqueros, or cowboys, to Tony Ortega’s rendering of migrant farm workers.

There are overlapping stories of fashion and art, of Chicano and cholo culture, and of crucial political awakenings over time.

The exhibit mixes those classic pieces with contributions from emerging artists that Abarca has included into the collection more recently: 21st-century street photography by Juan Fuentes; a comical, ceramic take on Casa Bonita by Cal Duran; a crocheted wall hanging about evolving Latino identity by Abi Rosales.

Other familiar names included in the Abarca Family Collection and featured in the show include David Ocelotl Garcia, Carlota EspinoZa, Quintin Gonzalez and Josiah Lee Lopez.

Abarca commissioned one new piece for the exhibit, asking newcomer Karma Leigh to paint something related to cultural identity. She chose to paint a portrait of another artist, Angelica “Xencs” Jimenez, who she depicted in neon pinks, greens and blues, a reflection of her subject’s colorful personality.

Stylistically, the show is all over the map, and that reflects the Abarca Collection itself. Adrianna Abarca said her father, who died eight years ago, never considered himself a serious collector. He just liked artists and wanted to support them with a purchase when he had “a couple extra dollars in this pocket.”

“My dad would meet artists and he would start to hang out in their studios and go to their art shows and try to encourage them,” she said. “As a business person he gave them a business perspective.”

But he was building something unique, which his daughter has carried on: a record of Latino culture that’s visible in the scenes the artists froze in time. Those narratives give the collection an importance beyond its aesthetic value as art.

They also make “Hecho en Colorado” feel at home in the History Center, which has traditionally been a showcase for artifacts more than art, though that seems to be changing. There are actually four art-centered exhibits in the museum right now, including a display of Gregg Deal’s posters and prints centered around Native American identity and politics; Adri Norris’ drawings and texts capturing key figures in Colorado women’s history; and a museum-commissioned rethinking of Norman Rockwell’s “Four Freedoms” series by four current Colorado painters.

All of those shows feel a bit slapped together — better signage and spacing would help visitors appreciate them more — but they are surprisingly successful and they reflect a good turn by an institution that has come to the understanding that history is best told, “not just with intellectualizing but with the force and emotion that only art can articulate,” as Chief Operating Officer Dawn DiPrince put it recently.

Together the exhibitions have wide appeal, they work for residents looking to learn about the state’s past and also for the throngs of people who prefer to visit art museums. Art exhibits have the potential to grow attendance at the state’s excellent, but often overlooked, history museum.