“High-risk” retailers and virus concerns: How Colorado malls are rebounding from pandemic shut down – Longmont Times-Call 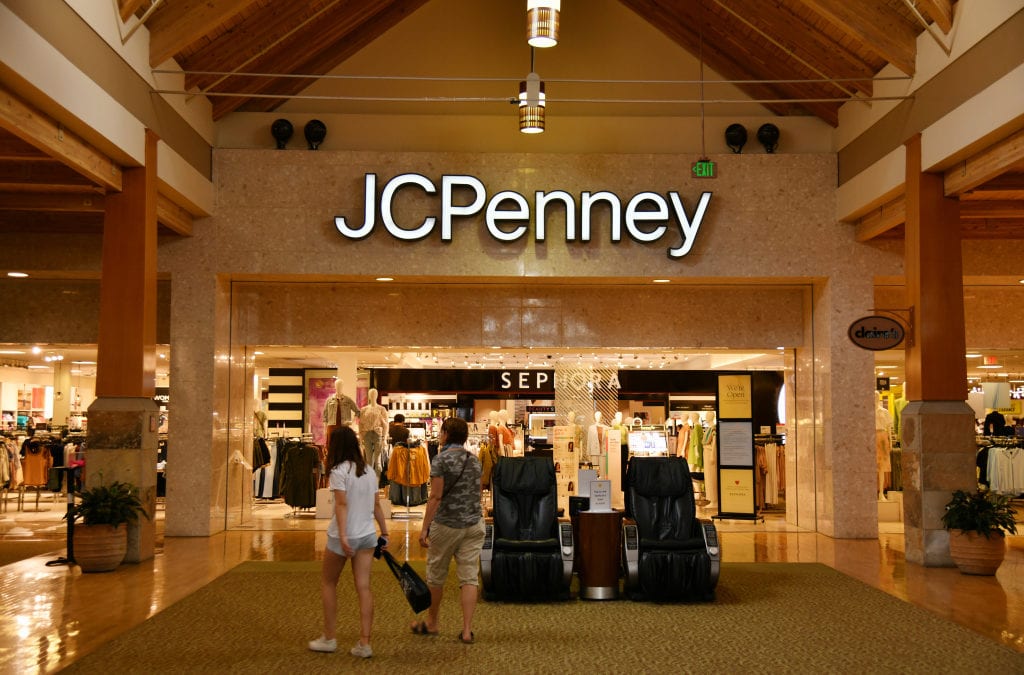 In the plodding march back to some level or pre-coronavirus normalcy in Colorado, enclosed shopping malls are one bastion of American consumerism that has remained under the thumb of the virus and government shutdown orders the longest.

With room for hordes of shoppers and common areas designed as places for people to lounge and congregate, roofed-in malls have had to seek special permission from health officials to reopen their doors while shops in their open-air and strip center counterparts have been able to welcome customers in limited numbers for weeks.

In Jefferson County, the Southwest Plaza mall reopened Wednesday after the Colorado Department of Public Health & Environment granted a variance request last weekend. Arapahoe County filed a variance request on Wednesday that would allow malls like the Town Center at Aurora to operate at 50% capacity if approved.

Of all the major metro malls, only Park Meadows in Douglas County has been open a significant amount of time since the pandemic hit. It reopened on May 24. So far 90 stores, around half of the mall’s roster, are open, Park Meadows senior general manager Pamela Kelly said earlier this month. She’s hoping the mall will be back to 100% by August.

“We think the response has been very positive,” Kelly said of early shopping activity.

Even before the virus hit, however, malls were beset by challenges that have analysts and consumers alike predicting the end is nigh for the concept.

Shifting consumer preferences including a spike in online shopping –boosted by stay-at-home orders– have been siphoning off customers for years. The slow collapse of core mall retailers like J.C. Penny, Macy’s and Nordstrom are leaving many malls with empty anchor spaces and pushing owners to consider redeveloping portions of their properties. Even Cherry Creek is eyeing a pivot away from retail on the western side of its property. J.C. Penney just over a week ago released a store closure list that included three Colorado locations, including in the Greeley Mall and the Durango Mall.

The working theory is coronavirus may just be providing the final shove off the cliff.

“We don’t expect that we are going be heading back to all the same malls that we’re used to going to,” Michael Petrivelli, of real estate data analytics firm CoStar Group, said of the national landscape. “Probably there is going to be a lot of repurposing of retail property for office, multi-family (housing) or even last-mile distribution.”

CoStar estimates U.S. retailers missed $7.43 billion in rent payments in April, more than 45% of the total rent due. Only 25% of stores in malls paid rent that month, per CoStar’s analysis, the worst rate in the retail industry. The three-quarters of stores that did not pay owed a combined $1.34 billion for the month.

Petrivelli did not have Denver-specific rental delinquency statistics but CoStar counts the Mile High metro as one of the most exposed markets in the country when it comes to how much space is occupied by “high-risk” retail and dining chains. CoStar’s list of 64 high-risk companies includes retailers already in bankruptcy like J.Crew, J.C. Penney and Neiman Marcus and struggling brands such as Foot Locker, Dillard’s and Denny’s. Those companies take up 6.4% of all retail floor space in the Denver area excluding Boulder.

Frist-quarter occupancy rates are still exceedingly high at Denver malls, 96.9% by CoStar’s count, Petrivelli said, but that statistic could be misleading.

“It’s hard to account for the fact that a lot of these leases are ongoing,” he said. “Even if they are not open, we still have then in the system as leased and occupied.”

Seven stores that appear on the CoStar’s high-risk list have locations in Park Meadows. That doesn’t include mall anchor Nordstrom which announced in May it was permanently shutting down its location in Broomfield’s Flatiron Crossing mall as it shrinks its footprint amid shifting consumer demand.

When asked if she was worried about anchor stores like J.C. Penney and Nordstrom folding in the mall, Park Meadows’ Kelly said, “Not even in the least bit.”

Kelly doesn’t see the doom and gloom. She’s been in a lead role at the 2-million sqaure-foot mall at the junction of Interstate 25 and C-470 for all 24 years it’s been open. Alongside Cherry Creek (still closed under government shutdown orders), Park Meadows has emerged as the metro area’s preeminent enclosed shopping center bringing in first-to-market retailers and generating tens of millions of dollars in sales tax revenue for the city of Lone Tree.

The litany of changes management has made to make the mall as coronavirus-safe as possible, including removing furniture from common areas outside of the food court, making entrances and bathrooms touchless and dramatically increasing the frequency of disinfectant cleaning.

Peak Meadows doesn’t mandate visitors wear masks but some stores do, Kelly said. The mall offers masks to shoppers who don’t bring face coverings of their own.

It was a general lack of mask-wearing among the sparse groups of shoppers he saw that turned Jake Yergert off during his visit to Park Meadows a few weeks ago. Yergert, a 28-year-old teacher who lives in Greenwood Village, went to the mall June 1 with his wife so she could use a gift card at Alter’d State women’s clothing store and was in the building for 30 to 45 minutes.

“Unless they are a little stricter about ‘you need to have a mask on in here,’ I don’t think I will be doing many public things, at least not for a very long time,” Yergert said.

Tanner Fujii, 26, of Highlands Ranch, wore a mask when he visited Park Meadows on June 3 assuming they were mandatory. About half of other shoppers were wearing them, he said, comparable to what he sees at the grocery store. He found some stores, including J.C. Penney, to be busy and saw about 15 people waiting in line to get into the Lululemon Athletica location there.

“It was an extremely enjoyable experience. I could tell that all the employees at the mall that I interacted with were excited to get back at it, to be making sales,” he said, noting he got some great deals on watches. “I felt a good energy.”

Fujii predicted that even if some regional malls are redeveloped in the near future, Park Meadows and Cherry Creek will continue to thrive.

Gallup polling conducted since the beginning of the pandemic has produced a recent bright spot for retailers. Over the last two weeks of May, 25% of respondents said they have visited a store other than a grocery store over the prior 24 hours, a highwater mark since the pandemic began. Part of that is availability. Many states including Colorado began rolling back business shutdowns in May.

The rollback could not come soon enough for the country’s retail sector. Industry sales fell by a record 16.4% from March to April, according to the U.S. Census Bureau. That comes after an 8.7% drop from February to March, the previous record.

Lakewood resident Lindsey McGuirk, 30, has now been to a brewery, golf course and done curbside pickup from a store since restrictions have been relaxed. The public relations professional and mother of 10-moOne nth old twins has even taken a few classes at the Cyclebar indoor cycling studio inside the Southwest Plaza in recent days. The studio opened before the mall because it has a separate entrance.

“I think it’s just all about what the precautions are and what the guidelines for guests are and making sure they fall within what makes me feel comfortable as a guest,” McGuirk said of going back into malls.

Nate Cole, 27, of Denver, has also been golfing a few times since government regulations allowed it and been out to eat twice but he has no intention of going back to a mall again any time soon. It has nothing to do with coronavirus and more to with the underlying problems that threatened many malls before the pandemic set in. It’s just easier to shop online, he said.

“There’s a not a lot a mall can offer from an in-person experience standpoint that makes it worth it for the parking and crowds and traffic,” he said.

That’s not to say that Cole wouldn’t go into an enclosed shopping center. He said he’s a huge fan of the metro area’s food and market halls, the smaller, trendier, food-and-beverage focused multi-retailer businesses that have been proliferating on the Front Range as a steady clip that last few years. Cole feels they offer a more adult-oriented experience than traditional malls.

Stanley Marketplace in Aurora quietly reopened May 27 and most of the market hall’s 50-plus retailers and restaurants are open with limited hours, spokesman Bryant Palmer said. One business, the short-lived Stanely Arcade, will not reopen, finding its business model unworkable under health safety guidelines, Palmer said. But Stanley welcomed two new tenants earlier this month, a bakery and a combination butcher shop-grocer.

At 140,000 square feet, Stanley is a fraction of the size of the Park Meadows mall but blessed with adaptable outdoor space. It has put up tents on the west side of its property to allow more room for customers to hang out and even painted social distancing markers on its grass lawn so people can safely space. Staff have removed all indoor furniture and instituted a number of other safety protocols. Masks are required.

Stanley’s ownership worked with each tenant on their lease arrangements and provided significant concessions to offset the damage done by 73 days of locked doors. Co-founder Mark Shaker, in an emailed statement, said his team is “committed to these businesses that we brought here and spent years building as a community.”

It’s the way that pandemic has changed consumer behavior that is likely to do the most lasting damage to malls, Petrivelli said. Consumers that never before ordered online have now found that their clothing and even groceries can be delivered to their homes. The convenience and time saved has real value that Petrivelli expects to extend beyond when shutdown orders expire. Non-store retailers, the segment of the economy that includes e-commerce business like Amazon, have set all-time highs for sales for three straight months, according to Census Bureau data, reaching nearly $78.4 billion in April.

“I think some people are still going to want to browse in brick-and-mortar retailers, but that’s not gonna happen for the masses until there’s a vaccine,” Petrivelli said. “We just don’t know how many of those brick and mortar retailers are going to survive until that happens.”

Updated June 12, 2020 at 11:36 a.m. Because of an error by a reporter, the original version of this story incorrectly characterized the financial condition of Nordstrom department stores.