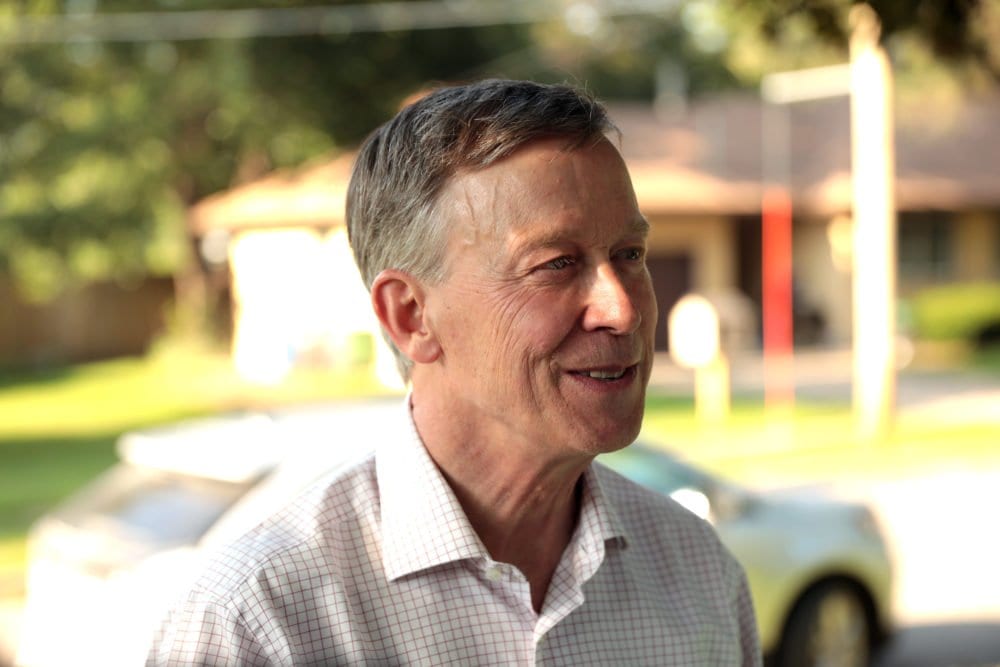 State law provides for infractions to incur penalties priced twice the value of the gifts, as deemed by the committee. In this case, Hickenlooper’s flight on a private jet to Connecticut was $1,100 and a limousine ride was $275, hiking up the penalty to $2,200 for the plane ride and $500 for the limo. The vote on Hickenlooper’s conviction for the chartered jet was unanimous, while one member voted against fining the Democratic Senate candidate for the second.

The commission handed down its fines a week after Hickenlooper was found in contempt by the panel for deliberately refusing to appear before a virtual hearing.

“Governor Hickenlooper accepts the Commission’s findings and takes responsibility,” Melissa Miller, a spokesperson for the campaign told The Hill.

The charges originated from a 2018 complaint filed by the Public Trust Institute.

While Hickenlooper’s campaign said the former governor would pay the fees out of his own pocket, Hickenlooper dodged questions on whether he would be refunding taxpayers who footed the bill for his legal representation.

VIDEO: Does millionaire @Hickenlooper feel like he should pay back CO taxpayers for the legal fees for his ethics case where he was held in contempt for ignoring a subpoena? #copolitics #cosen @ByJohnFrank pic.twitter.com/kCuk1MEmQg

The National Republican Senate Committee (NRSC) has been quick to capitalize on Hickenlooper’s conviction to gear up against their likely challenger in November.

“The Ethics Commission’s decision to order John Hickenlooper pay the highest penalty in Commission history is an important step toward accountability,” NRSC spokesperson Joanna Rodriquez said in a statement. “Hickenlooper violated the Colorado constitution, disrespected the rule of law, and forced the Commission to subpoena him and find him in contempt before answering their questions. Coloradans deserve better, and they deserve to be refunded for the hours billed as a result of Hickenlooper’s erratic behavior these past few weeks.”

Hickenlooper also found himself in hot water this week when he claimed that George Floyd, who was killed during a physical interaction with a Minneapolis police officer, was shot.

We make a lot of jokes about DSCC candidates being locked in Chuck Schumer’s “windowless basement” & where Hickenlooper is hiding from subpoenas.

But to not know how George Floyd was killed? He seriously must be living under a rock. pic.twitter.com/Gh1VH4RtbQ

Hickenlooper ran a brief campaign for the Democratic presidential nomination last year before dropping out late in the summer to mount a Senate run.