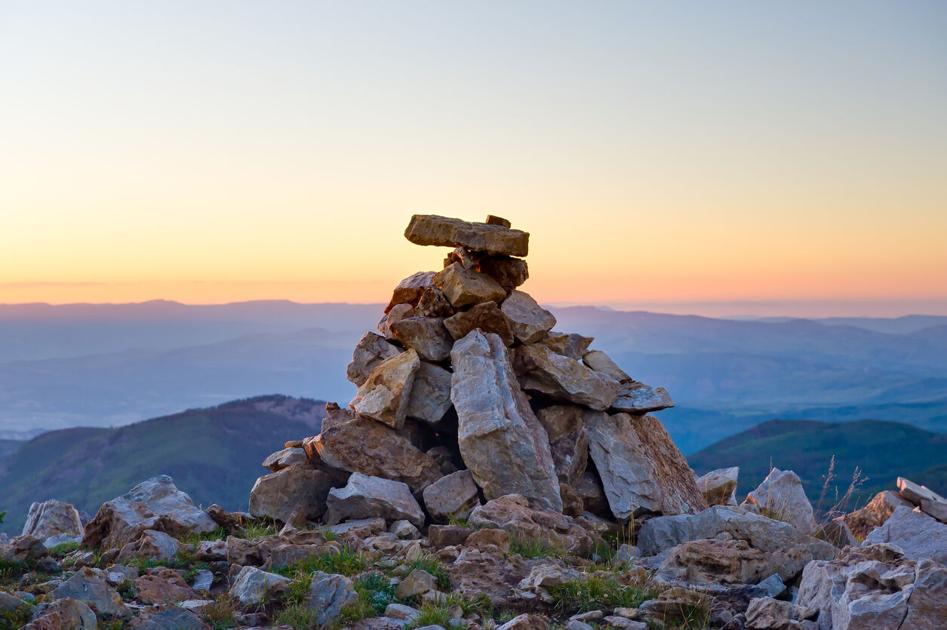 While stacked rocks, or cairns, may “look cool,” they also serve a very real purpose that requires their placement to be precise and their construction to be sound. Because of this, hikers should never build unofficial cairns on the trail.

Here are a few reasons why:

Typically, guiding cairns are carefully placed by authorities to keep hikers on the best trail based on a number of untold factors. Building an unofficial cairn can take hikers off course, making them subject to a number of easy-to-miss risks such as a dangerous rockslide potential or the destruction of a fragile habitat. Even if the “new route” you found seems to work, don’t build a cairn that might lead others off the official path.

2. Building new cairns can cause erosion

While it might not seem like stacking a few rocks can do much damage, the disruption of soil that comes with it can contribute to erosion of an area. Consider that while the surface layer of dirt is disturbed, the dirt being packed down by the weight of the rock beneath the top soil is also disturbed. This disruption can make the area more susceptible to erosion that washes away dirt and plant life during the next rainfall and each subsequent rainfall after that.

Overtime, erosion is capable to reshaping entire landscapes, diverting waterflow, and changing wildlife habitats. Avoid things that might cause erosion to lessen your impact.

In many cases, especially on fragile tundra terrain, moving rocks can have a negative impact on vegetation and micro-ecosystems. It also disturbs the habitat of bugs, reptiles, and small mammals in the area.

According to Zion National Park, removing rocks is especially harmful along riverbeds where invertebrates use the rocks for shelter and breeding.

4. Building cairns can put other hikers at risk of death

Obviously, there’s the risk of leading someone off of an official route with an unofficial cairn, but there’s also a risk that comes with moving rocks on delicate terrain. While a new cairn is being constructed, rocks are likely to shift in some areas, possibly resulting in a rockslide. Additionally, if the cairn is not constructed properly, it could collapse and cause serious injury or death to passersby. Removal of the wrong rocks for the cairn could also destabilize a rock group. This is another reason why cairn construction should be left to the experts.

6. It changes the view

If you’re following the principles of Leave No Trace, as you always should while in Colorado’s natural space, you should be leaving a scene as natural or more natural than you found it. Stacking rocks is a form of disturbing the area for the next person that comes along and should be avoided.