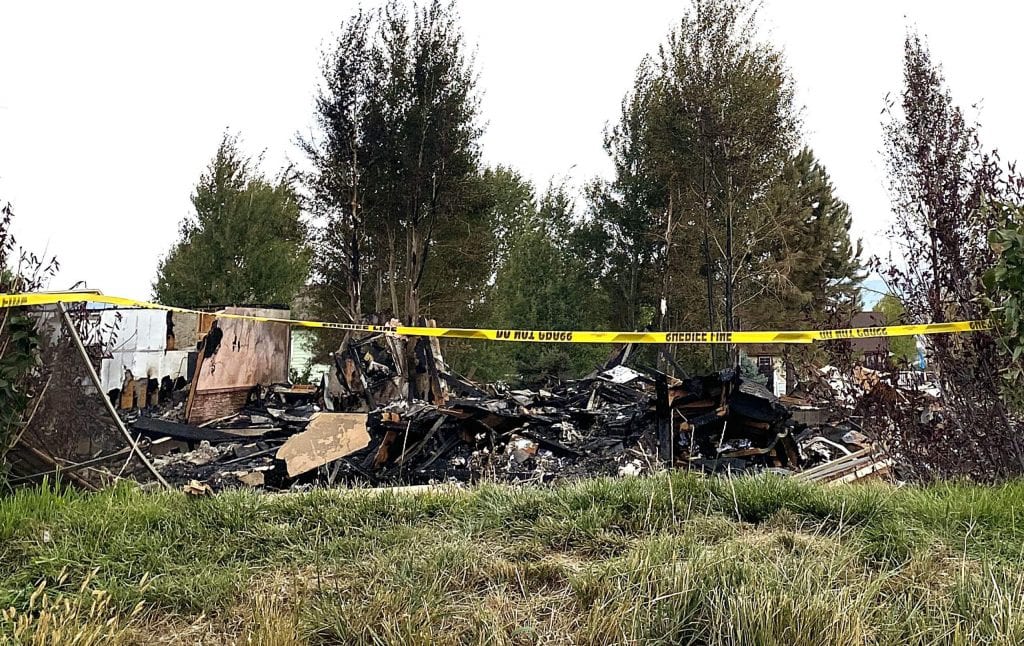 GYPSUM — Residents returned to their homes Saturday as electricity and gas service were returned to houses in the Chatfield Corners neighborhood.

The neighborhood was evacuated on Thursday following a gas leak explosion which killed a local resident and destroyed a home. The leak was reported at about 11 a.m. on Thursday and the explosion occurred at 12:35 p.m.

Evacuees who didn’t have another place to go were put up in the Eagle River Lodge.

Chatfield Corners resident Geoff Knapp, who returned to his home on Saturday, said an evacuation was little more than an inconvenience, and said the neighborhood was grieving for the loss of life.

“Everybody from the Red Cross to the local agencies have been here helping us out,” Knapp said.

Residents were given gift cards to Ridley’s grocery store from Black Hills Energy.

Authorities say the explosion was caused by a gas leak created by excavation work digging trenches for a Comcast project intended to bring a fiber-optic network into Gypsum and Eagle and bring new connection points within reach of homes.

Black Hills Energy Operations Supervisor Tom Warnes said Friday crews determined there was “zero gas saturation” in the ground. On Saturday, the smell of natural gas wafted through the neighborhood as part of a controlled release, something Black Hills described as “step one in the multistep process.” Workers went door to door relighting pilot lights and making sure everyone’s stoves were working as gas service was restored.

The investigation into the incident is ongoing, and the victim has not yet been positively identified, “which takes time,” Coroner Kara Bettis said Saturday.

When the victim is identified, the name will be added to a list of several people who have been killed by crews hitting gas lines in Colorado.

A Pueblo restaurant exploded in 2009, killing one woman.

“Xcel Energy claimed a restaurant explosion happened after Pueblo city workers worked near a gas pipeline owned by the utility, raising concerns they may have hit the pipe and caused a gas leak,” the Denver Post reported, however “Investigators said a compression fitting on the pipeline had separated because of tension, a situation they said likely developed over time as opposed to a single incident.”

A 2015 investigation revealed that nearly 1,300 gas pipelines in Colorado were damaged during excavations that year, but no penalties were issued.

In 2016, the United States Department of Transportation’s Pipeline and Hazardous Materials Safety Administration determined that the enforcement is inadequate, “which may eventually result in the withholding of federal funds from Colorado,” the Colorado legislature reported.

In 2017, a flowline which had been severed less than 10 feet from a home’s basement in Firestone, Colorado, caused an explosion which killed two people.

Following that incident, then Gov. John Hickenlooper said the state is spending millions to make sure something like that never happens again.

“This is about as close to never as you’re going to get,” Hickenlooper said.

In 2018, Senate Bill 18-167, sponsored by Kerry Donovan of Vail, was passed into law, creating an underground damage prevention safety commission which determines if a violation of the law has occurred if a gas line is disturbed.