Gophers football vs. Colorado: Keys to game, how to watch and who has edge – Twin Cities 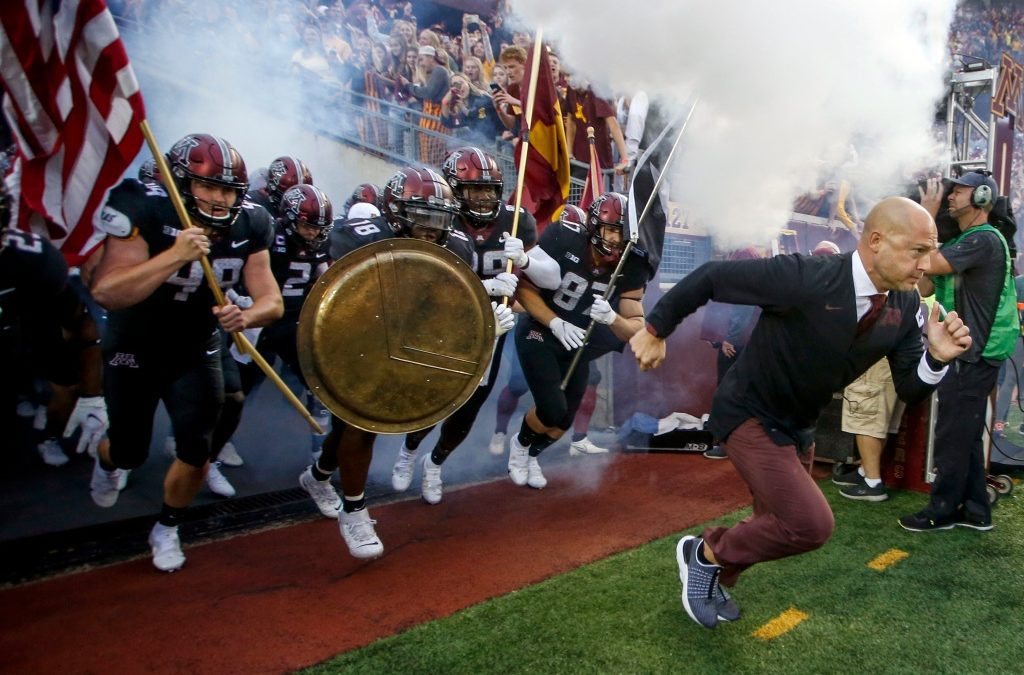 Records: Both teams are 1-1 with losses to top 10 teams. Minnesota lost to No. 9 Ohio State before beating Miami (Ohio) 31-26. Colorado beat FCS-level Northern Colorado before losing to No. 7 Texas A&M, 10-7, on late touchdown in Denver.

History: The Gophers are 0-3 against the Buffaloes, with a back-to-back series in 1991-92. As part of this home-and-home, Colorado will travel to Minnesota next September.

Key matchup: Colorado quarterback Brendon Lewis’ threat to run vs. Gophers front seven. Lewis, a backup promoted after J.T. Shrout was injured, has averaged 7.1 yards on 17 carries this season, meaning Minnesota will have to be disciplined to keep him contained. The U struggled with a similar QB last season in Maryland’s Taulia Tagovailoa.

WHO HAS THE EDGE?

Gophers offense vs. Colorado defense: Trey Potts and Mo Ibrahim have combined for 74 out of the 85 carries from U running backs through two games. With starter Ibrahim (foot) lost of the season in Buckeyes loss, Potts had 34 carries for 178 yards and two touchdowns against Miami. His health appears vital as backups Cam Wiley and Bryce Williams haven’t earned more playing time. Buffaloes LB Nate Landman draw praise from OC Mike Sanford Jr. for his instincts; Landman has team-highs of 14 tackles and three pass-breakups. Coach P.J. Fleck didn’t like the “mental toughness” from his receivers in the Miami game and the Gophers stopped passing in the second half. QB Tanner Morgan had only six third-quarter attempts and all fell incomplete. Morgan didn’t throw once in the fourth. WR Chris Autman-Bell (ankle) could return Saturday to be a veteran, go-to presence for the passing game. Buffs CB Christian Gonzalez is a future, long-time NFL player, Sanford said. The Gophers are No. 1 in red-zone offense with six touchdowns on six drives. Colorado’s defense is fifth nationally, allowing 8.5 points per game. EDGE: Gophers

Gophers defense vs. Colorado offense: Like Minnesota, the Buffaloes want to run the ball. RB Jarek Broussard, the 2020 Pac-12 offensive player of the year, is averaging 5.4 yards a carry this season. RB Alex Fontenot has been a nice complement for the 30th-ranked rushing team in the nation. Minnesota gave up 7.7 yards per carry vs. the Buckeyes, but only 3.5 vs. the RedHawks. LB Mariano Sori-Marin leads team with 16 tackles. While mobile QB Lewis has 120 yards rushing, he has only 191 passing yards across two games. No receiver has more than 37 yards. La’Vontae Shenault, the younger brother of Jaguars WR Laviska Shenault, has been suspended for violating team rules; he caught two passes in opener. U safety Tyler Nubin has progressed in his second season as a starter and had a game-changing interception against Miami. Fellow safety Jordan Howden sat out the Miami game with a thigh injury, but like a week ago, he has been practicing. The Gophers don’t have a sack through two games, while 117 program nationwide have managed at least one. EDGE: Gophers

Special teams: Gophers place-kicker Matthew Trickett made his first career 50-yard field goal last week against Miami, and it was the U’s first since 2018. Freshman KR Mar’Keise Irving’s 41-yard return jumpstarted the U in the fourth quarter. Buffs PR Dimitri Stanley is a threat, averaging 20 yards per return. Cole Becker has missed both FG attempts this season. EDGE: Gophers

Prediction: The Gophers are one of the most-experienced teams in the country, so going on the road and coming back with a win as a 3-point underdog should be one of the perks. Minnesota finds a way. Gophers, 24-21