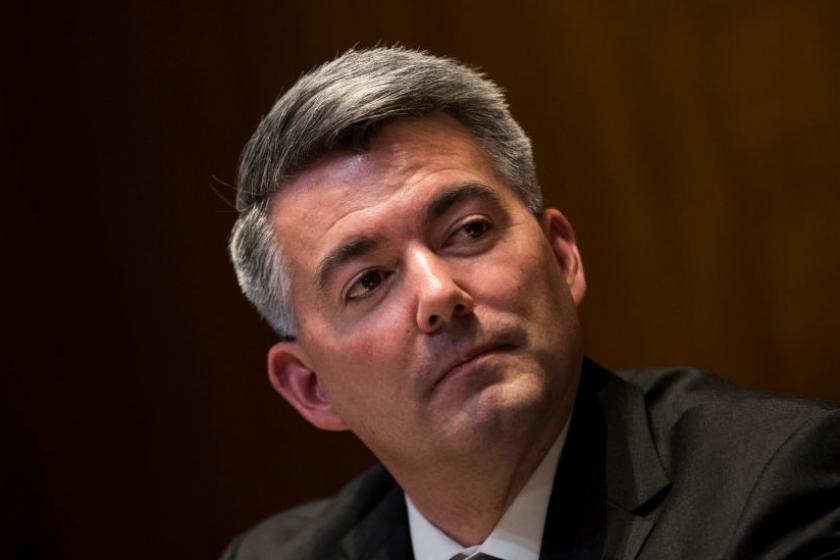 Lisa Gralinksi at the University of North Carolina, one of the few scientists in the world who specializes in coronaviruses, said the conclusions from the paper “are overblown” because they haven’t actually been tested. There could be a lot of reasons why the viruses with the mutation are more prevalent, but the simplest is that they just happened to be the ones that got out of China at a higher rate.

Throughout the pandemic, there’s been a lot of speculation about mutations creating different strains of the coronavirus that could vary in transmissibility or even lethality, but notes that many mutations are silent and just alter the viruses’ appearance, not their functionality. Indeed, several experts said they’d be surprised if the coronavirus had morphed into more than one strain already, since that family of viruses changes at a much slower rate than, say, influenza viruses.

The sports world is about to turn its attention to Germany, after Berlin and federal states granted the German Football League (also known as the DFL, or Bundesliga) permission to finish up its 2020 season. Games, which will be played without fans, could return as soon as May 15 or May 22, and the hope is to cap the season by the end of June.

Germany has a high coronavirus case load, but has instituted widespread testing and kept its death toll relatively low, considering it’s Western Europe’s most populous country. So it doesn’t come as a shock that it’s one of the first places to get sports up and running again. The DFL understands its decision comes with “great responsibility,” the league’s chief executive Christian Seifert said.

The league conducted a blanket test of 1,724 people associated with the 36 clubs in the top two divisions, and 10 tested positive for the virus, prompting concern over whether the plan to finish the season is wise. But the results don’t seem to have changed decision-maker’s minds. Results from a second round of mass testing have yet to be released, ESPN notes.

With all due respect to the Korea Baseball Organization — which began its season Tuesday and is home to good, exciting baseball — the Bundesliga is the first truly major sports league on a global scale to test the waters, so its efforts will be watched closely around the world. Read more at ESPN.

Reports that the coronavirus task force would be winding down appeared to come as a surprise even to Dr. Anthony Fauci, director of the National Institute of Allergy and Infectious Diseases, who told CBS News on Tuesday, “That’s not true. I’ve been in every task force meeting, and that’s not what they are doing.” also previously reported that “health officials and other aides inside the White House were not happy about the plans to dissolve the coronavirus task force.”

That doesn’t mean they aren’t hopeful, or even optimistic, that one of the many vaccines in development will prove effective. The confusion is more about how widely available doses will be, if and when one is in production. “I don’t think we’re communicating very well at all with the public, because I keep having to tell these people, you know, even if we had a vaccine that showed some evidence of protection by September, we are so far from having a vaccine in people’s arms,” said Michael Osterholm, the director of the University of Minnesota’s Center for Infectious Diseases Research and Policy.

Production capacity will be a major holdup — companies are working rapidly to find a vaccine, and will continue to do so when making doses (which many argue should begin even before a potential vaccine is proven to work), but the sheer number of people who will require a vaccine, there’s a long way to go; demand will far outweigh supply for a while. “I don’t think that the general population will have a vaccine probably until the second half of 2021,” said Robin Robinson, who formerly led the Biomedical Advanced Research and Development Authority. “And that’s if everything goes OK.” Read more at Stat News.