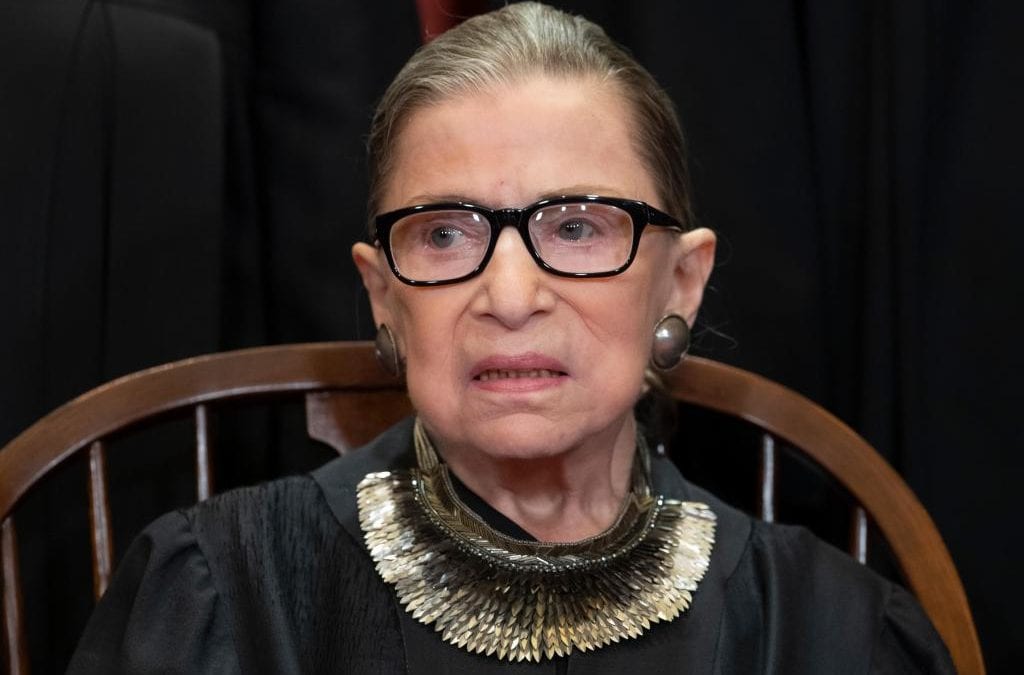 The death of a U.S. Supreme Court justice has thrust proposed abortion restrictions in Colorado to the forefront as advocates grapple with what comes next for abortion access across the country.

As one of only seven states without abortion restrictions and a state considered a safe haven for abortion-seeking residents of other states, Colorado’s abortion rights advocates are keeping a close eye on who replaces liberal Justice Ruth Bader Ginsburg.

Colorado law neither restricts nor specifically allows abortion, and state courts haven’t weighed in, either. Still, the Center for Reproductive Rights projects that abortion would likely remain accessible in Colorado if a new Trump appointee helped overturn Roe v. Wade — the decision that established a right to abortion.

Neither opponents or supporters of legal abortion expect the state’s voters or lawmakers to change that, given the increasingly blue tilt of both. Voters have rejected abortion limitations three times in recent years.

But Proposition 115, which will be on the ballot Nov. 3, could be a different story. It would make it illegal for medical professionals to perform abortions after 22 weeks except in cases where the mother is at an immediate risk of death. Public polling across the country shows that voters are more likely to support bans later in pregnancy.

“Proposition 115 would be in line with the vast majority of other states that restrict abortion at any time in pregnancy,” said Erin Behrens, one of the backers of the measure. “It does not interfere in any way before 22 weeks, about 5 months into pregnancy.”

Abortion rights advocates are fighting Prop 115, which makes no exceptions for rape or incest, fetal abnormalities or for the health of the mother, as another attempt to chip away at a woman’s right to choose.

“The stakes are even higher right now,” said Karen Middleton, president of Cobalt, a group dedicated to abortion access and reproductive rights in Colorado. “Stopping 115 is important because we know if we stop this, we can protect access to care here in Colorado at a time when there are so many unknowns.”

Fawn Bolak of ProgressNow Colorado says she always reminds people that “we’re one election away from banning abortion in Colorado.”

“We never know what the state of the nation or the situation of our state is going to be,” Bolak said. “That’s why fighting for this access is essential at every point.”

The weekend after Ginsburg’s death, the No on 115 campaign nearly tripled its engagement from the prior week, said spokesperson Stefanie Clarke. Over a 24-hour period Monday, the campaign received the most individual online donations since its inception.

The urgency has increased, but the arguments for and against remain the same.

For women like Christina Taylor, who had an abortion later in pregnancy because of a fetal abnormality diagnosis, defeating restrictions is critical. Taylor’s family moved to Colorado from Texas two years before her abortion in 2017. She was excited for her pregnancy, but the diagnosis of missing organs meant a baby couldn’t survive. Taylor could either choose to have an abortion or wait out the rest of the pregnancy, which seemed like an even more traumatic option.

“When hearing about these bans, it’s horrifying to me,” she said. “It’s a difficult experience like mine being made worse by laws getting in the way.”

Taylor has since joined the campaign to oppose the 22-week ban. She and other advocates believe Proposition 115 flies in the face of Roe v. Wade, and they’re concerned Ginsburg’s replacement will make it harder to remove such curbs on abortion rights in the future.

“We know that it’s a very real possibility that if this passes, then there could be no federal firewall that could overturn this ban,” she said.

Taylor also points to Trump’s comments about later abortions in his State of the Union address, which advocates say spread misinformation and demonized abortions. And last week, Trump announced he planned to sign an executive order that would require medical care be given to babies “born alive” after a failed abortion.

Proponents of Proposition 115 are depending on voters who agree with such sentiments to pass their measure, and they point to high grassroots engagement as a good sign.

“We have broad-based support for a late-term abortion limit in Colorado that will help moms and save babies,” wrote Deacon Geoff Bennett in a statement. “Even before the Supreme Court vacancy, the opponents of Prop 115 in Colorado were worried about citizens taking action at the ballot and also what the courts might do. Prop 115 in Colorado will win and be part of that national conversation.”

Behrens said the group has received support from “unexpected groups” in Colorado across party lines and said she believes public opinion is on their side, citing 2019 Gallup polling.

“There are multiple polls that show the vast majority of Americans want limitations on abortion at some point in pregnancy,” she said.

Behrens and other proponents of Proposition 115 say they don’t intend to propose bans that go much further in Colorado because they don’t think Colorado voters will support them. But some anti-abortion organizations support an all-or-nothing approach, and they aren’t confident that replacing Ginsburg with a conservative would be enough to overturn Roe v. Wade and make all abortion illegal.

“Without a single justice on the Supreme Court who acknowledged the unborn’s right to life, how is abortion about to end?” asked Bob Enyart of Colorado Right to Life. “The Republicans have to gin up their base and say this is our opportunity to end abortion.”

Abortion rights groups also are focused on the big picture as the country potentially heads toward a key decision point. Bolak and other advocates worry not just about the effects of restrictions on Coloradans but about those in surrounding states. Ten states — including North Dakota, South Dakota, Utah and Missouri — have “trigger” laws that would outlaw abortions in their states if Roe v. Wade were overturned, according to the Guttmacher Institute.

“Folks in those states would be impacted pretty quickly, and we know that in Colorado, we would see a lot more people coming in for care, and that puts additional pressure on our state,” Bolak said.

Expanding the patchwork of restrictions in different parts of the country would highlight health care inequities, only making abortions feasible for those who are wealthy enough to take time off work and travel.

Karla Gonzales Garcia, of Colorado Organization for Latina Opportunity and Reproductive Rights, credits the fact that so many women have been elected to the statehouse for making Colorado a safe haven.

She and other abortion advocates say they may look to add more legal protections for abortion in Colorado in the future, but their first order of business is defeating Proposition 115.

“We are focused right now to make sure people have the tools and knowledge and education to make informed decisions about this ballot initiative,” she said.