German Marquez continues to pitch like an ace in leading the Colorado Rockies to win No. 8 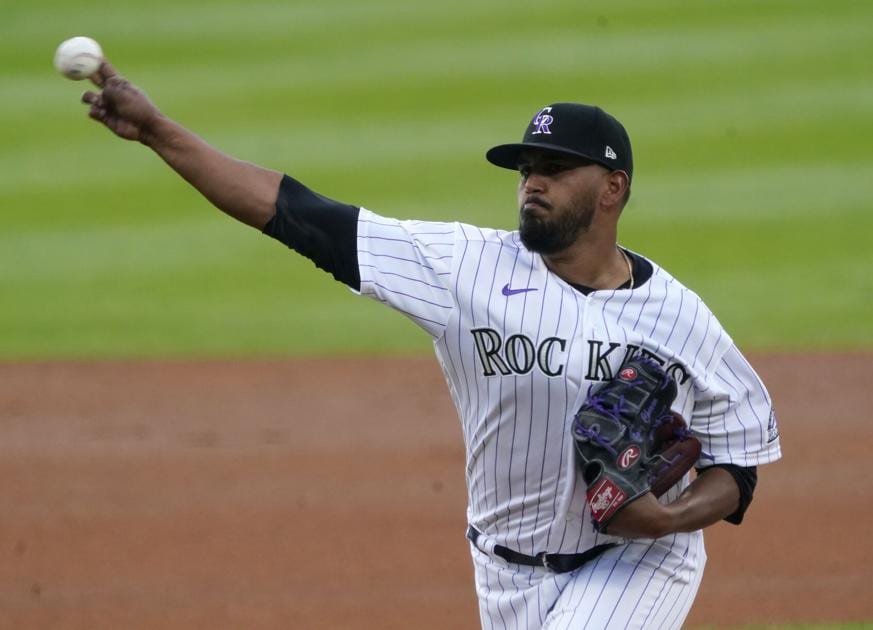 The comparisons for German Marquez seem to always stretch beyond the pitcher he’s facing on a particular night.

The measuring stick is instead the top arms in baseball for the Rockies’ 25-year-old ace.

“Compare him to the big boys,” manager Bud Black said after Marquez threw 7 1/3 innings to lead Colorado past San Francisco on Tuesday night at Coors Field, matching the franchise’s best record after 10 games at 8-2. “He’s right up there with them.”

Added third baseman Nolan Arenado, “He’s one of the best pitchers in the game, I feel comfortable saying that with him. He’s just in a different category.”

And the starts just keep getting better.

On Tuesday, in his first game this season at high altitude and against a Giants team that knocked him around last year (7.02 ERA), German (2-1) was largely dominant. He struck out nine compared to one walk, gave up six hits (only one for extra bases) and had one stretch where he retired 10 in a row and another where he sat down nine straight.

“From start to finish, I thought he was in complete control,” manager Bud Black said.

The Rockies staked him to an early lead after David Dahl tripled in the first and Charlie Blackmon — whose 2-for-3 night raised his batting average to .390 — brought him home with a sacrifice fly. The lead grew to 3-0 when Blackmon and Arenado scored in the fifth.

Then, Marquez made the most of a fortuitous bounce.

A fly ball from Steven Duggar was initially ruled a game-tying three-run home run, but replay showed it hit off the top of the wall and somehow bounced back onto the playing field. The Giants still had two runs on the hit, but Marquez retired Mike Yastrzemski and Alex Dickerson to stop the damage there.

The bullpen also lent a hand, with Yency Almonte relieving Marquez with one out in the eighth and getting a ground-ball double play on the first pitch. Almonte stayed on for the ninth and earned his first career save.

The Rockies’ starting pitching continues to put the team in position to win and improved to 6-1 with a 2.44 ERA.

The offense continues to get balanced support, with six players scoring or driving in runs Tuesday, including Arenado hitting a home run for the second straight night on a line drive to left.

“We’re just playing really good team baseball right now, and we’re having a lot of fun,” said Arenado, who also contributed a defensive gem on a lunging play on an Evan Longoria line drive. “There’s a good vibe going on with us. The pitchers are setting the tone, that’s the most important thing.”

And no pitcher has been quite comparable to Marquez.