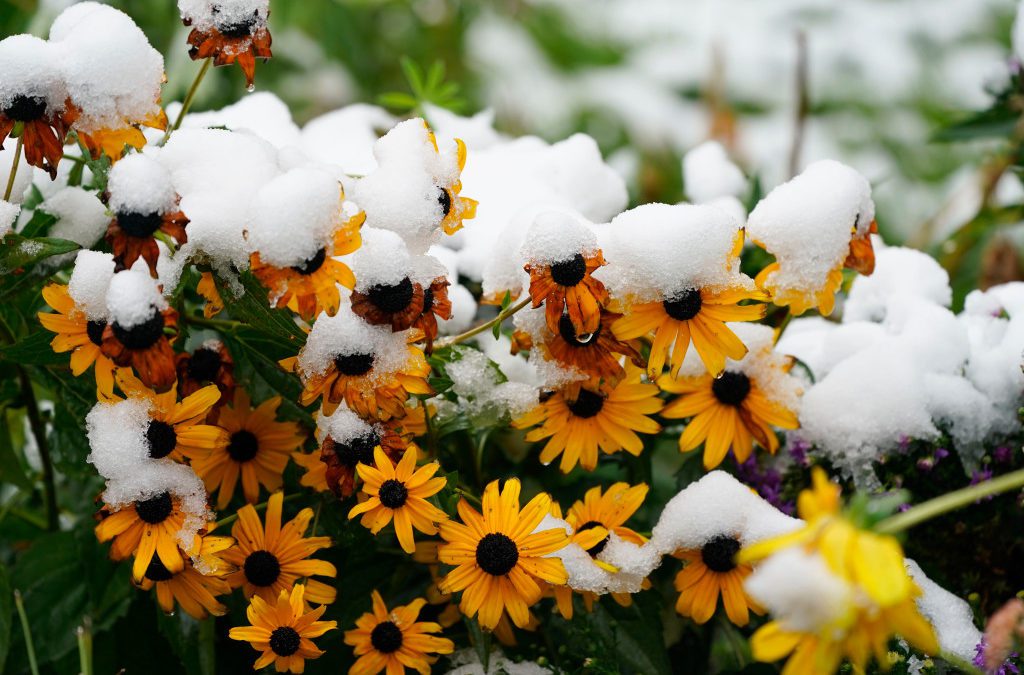 If you have lived in Denver or along the Front Range for a long time, you know how wild Colorado’s weather can be and how quickly it can change.

One year ago, between Sept. 5-8, the Front Range of Colorado saw the latest readings ever of 100-degree heat followed by the earliest accumulating snow in almost two decades.

On Sept. 5, 2020, Denver set its all-time record high for September, reaching 101 degrees that afternoon. This was also the latest date a 100-degree reading has ever been observed in Denver.

Another daily record high was then tied on Sept. 6 when Denver hit 97 degrees. Sept. 7 was the last day of heat across the Eastern Plains of Colorado when Denver’s high temperature reached 93. That tied us for the record for the number of 90-degree days for a year (73) and was also the warmest temperature ever recorded before a day of measurable snowfall. It was also the date when ash was falling from the sky in Fort Collins due to the massive Cameron Peak wildfire.

Other cities along the Front Range also felt this extreme September heat. Boulder, Fort Collins, and Colorado Springs were also feeling record heat leading up to the snow. One of the main factors that limited some Front Range cities from hitting the century mark was the thick smoke blocking some of the sun’s heat.

On Monday, Sept. 7, 2020, a series of cold fronts moved across the Denver area. This dropped temperatures from the 90s during the day into the 40s at night. Afternoon highs the following day only reached into the 40s for most along the Front Range and a mix of rain and snow developed by that evening. Snow was falling across the higher elevations most of Sept. 8 with accumulation stacking up along the Interstate 25 corridor from Tuesday night to Wednesday morning.

This cold front was one of the strongest cold fronts to hit the area in September. Numerous records were set during this event:

It was a wild weather forecast and was a weather event that will be remembered for years to come. The snowfall was extremely notable and left cities buried under inches of snow. Leading up to this event, the worst wildfires in Colorado’s history were happening. Residents along the Front Range were taking pictures of ash covering cars, and drivers were using headlights during the day because of the darkness due to smoke. There was also extremely bad drought and the forecast of incoming cold and snow only seemed fitting for the wild year that was 2020.

Numerous snow records were set in Colorado because of this storm:

Total snowfall accumulations were 1 to 3 inches across much of the Eastern Plains, 3 to 6 inches for cities along the mountains (including Boulder and the western portions of Fort Collins), and 4 to 10 inches for the mountains and foothills of the Front Range. A total of 5.6 inches of snow was measured at the NWS Boulder office, while Denver officially measured a total of 1.0 inches. Parts of the Arkansas River Valley, the Sangre De Cristo Mountains, and the Pikes Peak Region saw more than a half of a foot of snow accumulate.