Friednash: In Colorado a bipartisan push for civics in schools could save the republic 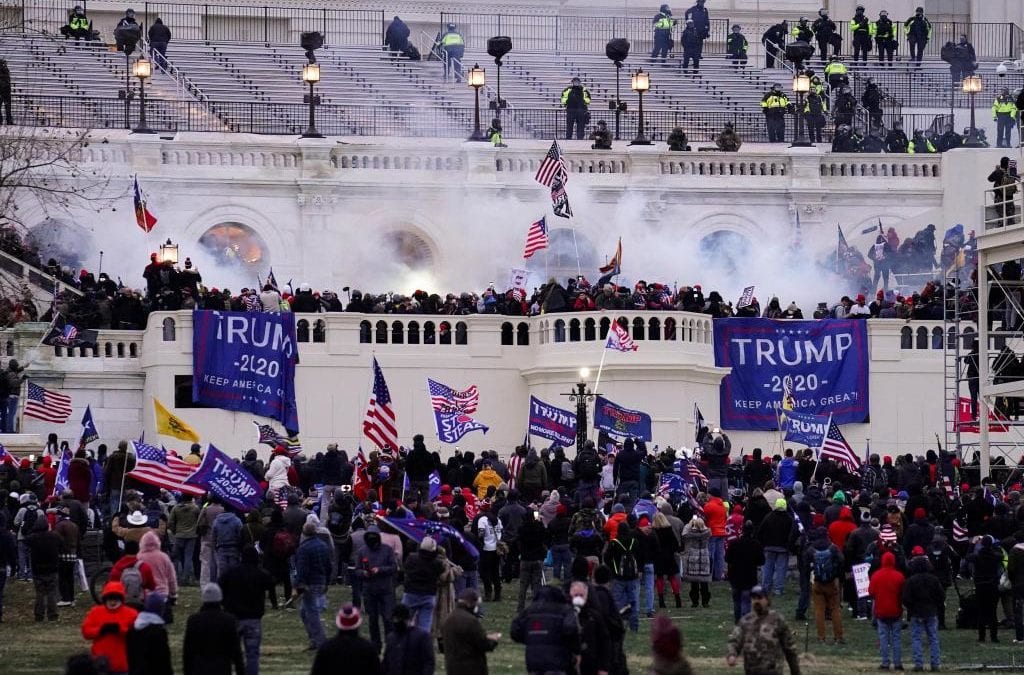 On the last day of 2019, Supreme Court Chief Justice John Roberts wrote, “we have come to take democracy for granted, and civic education has fallen by the wayside”. In a prescient warning, Roberts wrote that the constitution “leaves no place for mob violence”.

Following the post-election assault on our democratic institutions and the siege on the U.S. Capitol by a violent mob, we can no longer set aside the need for vigorous civics education.

Our founders understood, as Thomas Jefferson famously said, “an educated citizenry is a vital requisite for our survival as a free people”.

Our democracy is threatened by misinformation. Roberts wrote, “in our age, when social media can instantly spread rumor and false information on a grand scale, the public’s need to understand our government, and the protections it provides, is even more vital.”

Our citizenry, however, is largely uneducated about how our federal, state and local governments operate or work together. The Annenberg Public Policy Center most recent survey found that only one-quarter of Americans can name all three branches of government and nearly one-third cannot name a single branch of government. More than one-third couldn’t name any of the rights guaranteed by the First Amendment. Even more shocking, another study found that only one in three adults could have passed the easier Citizenship Test, which immigrants pass by nearly 90%.

Only one-third of Americans trust the federal government, according to a Pew Charitable Trust survey. This is not surprising.

Two Colorado leaders from opposite sides of the fence and state understand how this is an existential threat to our democracy and are taking action this session.

Enter stage right, Republican state Sen. Don Coram a good, old-fashioned cowboy, born and raised in Montrose County on his family’s farming and ranching operation. Enter stage left, former Democrat state Sen. Lois Court, a self-proclaimed “Jewish girl from East Denver.” Court is a retired teacher who also worked for former Denver Mayor Wellington Webb before serving in the legislature. Court, a progressive Democrat, was Senate speaker pro tempore when she resigned her seat at the beginning of last year’s session because of a health issue.

Coram embraces the core traditional values of the Republican Party: protecting individual property rights, free enterprise system, fiscal responsibility and smaller government. He has a storied career as director and treasurer of a school district, member of the House of Representatives and Senate. He has been a respected voice for rural Colorado throughout his career.

Despite their political differences, Coram and Court became fast friends serving together on the House of Representatives State Affairs Committee.

They share a love for our Constitution. This love carried into policy as well. Coram and Court were working on carrying legislation to strengthen civics education in Colorado, but shelved the legislation after Court stepped down.

Coram recognizes that this is a teachable moment in our nation’s history and is planning to introduce this legislation with Court’s well-regarded successor, Sen. Chris Hansen. Court is helping from the sidelines.

The legislative declaration explains what is meant by civics education: “to be active, knowledgeable participants in democracy, citizens must understand the mechanisms of the local, state, and federal governments that are available to them to address the issues and challenges of society and how to effectively participate in and influence these mechanisms”.

The bill would address an epidemic of ignorance that is spreading faster than the pandemic. The legislation encourages schools to provide active civics education and specify the information and issues that public schools must teach in providing courses on civil government. It would reward schools with a Colorado seal of civics excellence to recognize public schools and districts that implement high-quality civics education programs. And, it authorizes schools to grant a diploma endorsement in civics literacy to a graduating high school student who meets specified requirements.

The bill, if passed, would make Colorado the gold standard for civics education in the county.

At a time when our civility has worn thin, civics education can aid in the preservation of our republic and help counter the threat that extremism poses to our democracy. And, done correctly, our students can both lead and teach their parents and grandparents.

Doug Friednash is a Denver native, a partner with the law firm Brownstein Hyatt Farber and Schreck and the former chief of staff for Gov. John Hickenlooper.