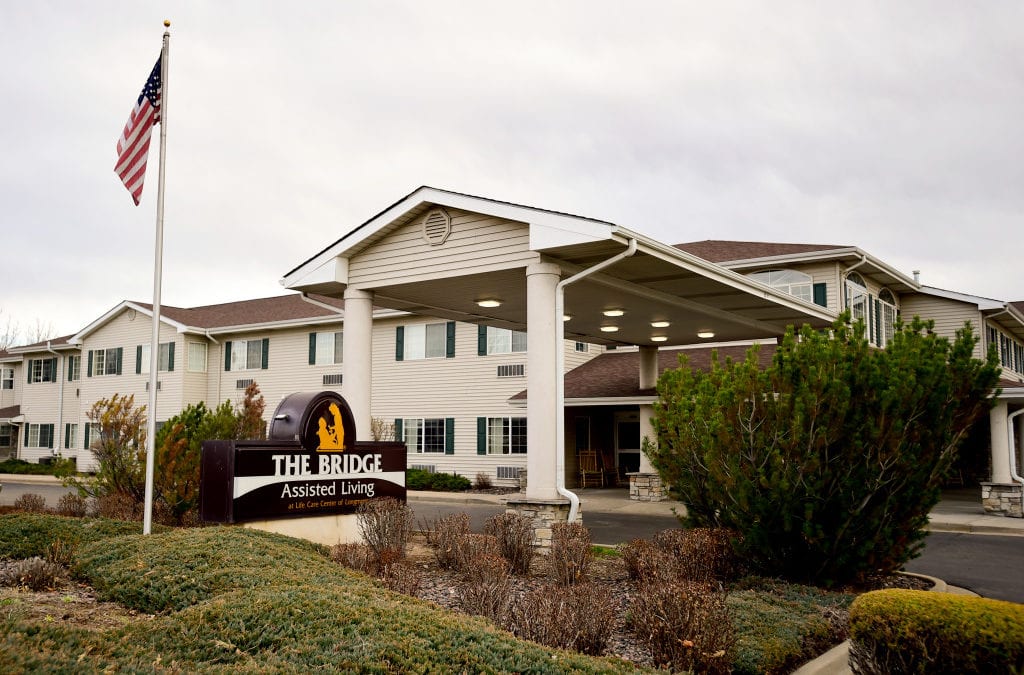 Boulder County’s good fortune in keeping COVID-19 out of senior living facilities ran out on Wednesday with the report that the new coronavirus has been detected in residents of four such establishments. At least one staff member of one of those facilities also has tested positive.

According to the Boulder County Public Health department, three residents of The Bridge at Longmont have tested positive for COVID-19 and all are hospitalized. One is in intensive care, while two more are listed as stable.

Two residents of the Frasier senior residential facility in Boulder have tested positive for COVID-19. The two residents, both in their 80s, have “recovered and are doing well,” according to department spokesperson Chana Goussetis.

One resident of Balfour Cherrywood Village in Louisville has also tested positive for the illness, according to Goussetis, and other residents and staff there are currently being tested.

She said three people who live or work at Boulder Manor in Boulder have tested positive as well. The exact number of residents or staff infected was not available.

“In response, we are working with each facility to ensure the ill residents are isolated; that proper infection control practices are in place, and that staff and residents are being screened for illness,” Goussetis said.

Goussetis said, “An ‘outbreak’ used to be considered two or more, but the CDPHE said they want us to consider one case an outbreak in a long-term care facility, because there is so much risk there.”

News of the longterm care facility outbreaks came as county health officials also reported on Wednesday that the number of confirmed cases in Boulder County has increased to 123, with 26 of those people hospitalized. A total of 63 have recovered from their illness, while two people have died. Eighty of the people infected by the virus fall in the age range of 18 to 59.

Statewide, the Colorado Department of Public Health and Environment late Wednesday reported that 3,342 cases have been confirmed across 50 counties, with 620 hospitalized, 80 deaths, and outbreaks at 17 residential facilities and non-hospital care facilities. That data only reflects reports confirmed by the state through Tuesday.

At both the state and county levels, published statistics are believed to run significantly behind the true numbers, because of both the lack of access to testing and the lag time in test results being returned.

Frasier management on Wednesday confirmed two of its residents had tested positive for the coronavirus; one recently was discharged by Boulder Community Health and returned to recuperate at Frasier, the other is still being treated by BCH.

“We are working with public health officials and taking all steps recommended by authorities to reduce the risk to all of our community’s residents and staff,” Frasier President and CEO Tim Johnson said in the statement:

“We want to make residents, their families, our dedicated staff, and our community aware of this situation. The health and safety of all residents and staff are of paramount importance to Frasier. Guided by months of preparation and the expertise of Frasier’s medical staff, extensive protocols in line with best practices in infection control were implemented on our campus beginning on March 6.”

Michelle McParland, vice president of Health and Supportive Services at Frasier, said “We feel confident there is no correlation between the two positive cases at Frasier.”

The Health Insurance Portability and Accountability Act prohibits the facility from disclosing more about its residents’ health, Johnson said.

Representatives of Balfour at Cherrywood Village, Boulder Manor and The Bridge at Longmont could not immediately be reached for comment.

Broomfield had it’s second coronavirus-related death, it announced Wednesday. A man in his 80s has died after testing positive. The city on Monday announced the first local death, a woman in her 70s who had “extensive” underlying health conditions.

As of Wednesday, Broomfield health officials said they were investigating 22 cases of COVID-19.

Also on Wednesday, in line with an announcement by Gov. Jared Polis that he is ordering schools to stay closed to April 30 due to COVID-19, Boulder County officials announced they will extend building closures through the same date, to conform with the governor’s directive. Public access had originally been shut down by the county through April 20.

The county, however, will keep providing online and phone services for county programs and services that don’t require in-person interactions or have statutory requirements to remain open to the public. That includes many Community Services, Public Health, and Housing & Human Services programs along with Motor Vehicle, Recording, Community Planning & Permitting and Taxation services.

Residents can go to the COVID-19 resources page for available programs and financial assistance.