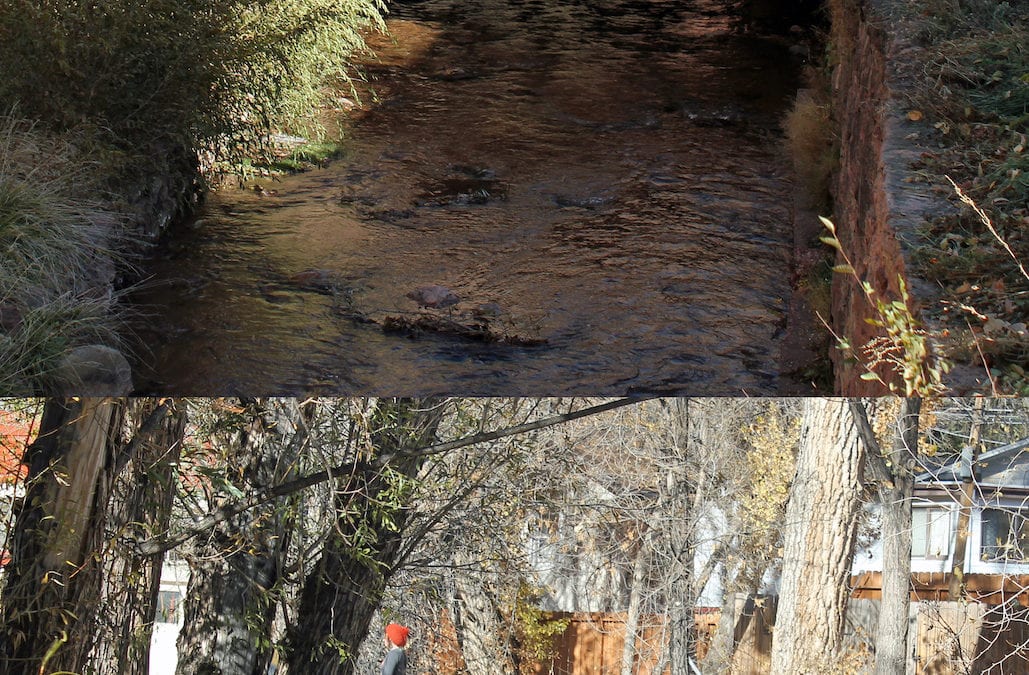 Bridges have been the cornerstone of landscape architecture since the Roman times, so it’s no surprise that throughout Colorado, many styles of bridges are can be found. From trestle railroad crossings to suspension pedestrian bridges, there’s something for everyone to enjoy while crossing Colorado’s rivers and streams.

For the bridge and history buffs amongst you, the Centennial State is a chock-full of pedestrian and highway bridges to explore and investigate. We’ve listed a few of our favorites here. These triumphs of engineering are marvels to behold, and the views they provide are wonderful as well.

Here are some of the famous bridges in Colorado, in no particular order:

Built in 1906 and 1907, the Canon Avenue and Park Avenue bridges are constructed of Manitou greenstone, a unique type of greenish sandstone mined from the nearby quarries, which have since been lost to time. Health-seekers who came to Manitou Springs in the early twenty-first century could be seen strolling across these pedestrian bridges, stopping for a drink at the famous mineral fountains in the area as they try to improve their constitution.

The Canon Avenue and Park Avenue bridges cross over the beautiful Fountain Creek, making them both a scenic place to visit and a great addition to any walk around Manitou Springs. They were listed on the National Register of Historical Places in 1985 for adding so much charm to Manitou’s riverwalk area, as well for preserving the historic architecture of this cute little town.

For a bridge with some serious history, the 19th Street Bridge in Denver cannot be beat. When it was entered onto the National Register of Historic Places in 1985, this bridge was the oldest iron-wrought bridge in the country, along with being the oldest continuously-used automobile bridge and oldest bridge still in its original location.

Built in 1888, the 19th Street Bridge was used as a vehicular bridge for close to 100 years. In 1986, it was closed to auto traffic after years of wear and tear and salting the roads degraded the structure enough to make it dangerous for cars to drive over.

Now a pedestrian bridge, this historic structure is still a marvel to see in its original location. The steel design, constructed to ward off damage from floods that tore down its previous wooden design, is also quite ornamental, featuring finials and other gorgeous metal architecture decorating its massive beams.

Bridge enthusiasts will delight in this incredible structure, so take some time to take a walk across the 19th Street Bridge on your next visit to Denver.

The Royal Gorge Bridge is a suspension bridge in Cañon City and perhaps the most scenic road bridge in all of Colorado. It spans the Royal Gorge, a narrow canyon created by the Arkansas River carving a channel through the rock over millions of years. Unlike canyons that are typically more broad and easier to see like the Grand Canyon, the Royal Gorge is a much narrower canyon system that extends almost 1,000 feet below the bridge.

This Royal Gorge Bridge is a marvel to behold and even more beautiful to drive over. It was built in 1921 to bring tourism to the area and held the title for the world’s highest bridge until 2001, when it was beat out by a Chinese bridge. Despite this, it still remains the highest bridge in the United States and is among the highest in the world at 955 feet tall.

If you’re up for a stroll around Pueblo’s beautiful Riverwalk over the Arkansas River, you must take a walk over the Veteran’s Bridge. The bridge may not have the long history that many of the others on this list do, but it’s dedicated to a great cause.

In 2010, the Veteran’s Bridge was created to commemorate and reflect Pueblo’s reputation as a city with a high population of veterans, giving it the nickname, “Home of Heroes”.

Uniquely, this bridge was not constructed using governmental funds. Instead, a fundraiser was held to raise the amount necessary to create this monument, with each donor allowed to add a name to the bridge’s siding. Almost 7,000 names decorate the sides of the bridge, honoring those veterans whose sacrifices have meant so much to this country, along with the four Medal of Honor recipients who have called Pueblo their hometown.

Military history abounds in the area due to the abundance of bases, and the Veteran’s Bridge should be a mandatory trip for all new recruits in the area. Their piece of history will not be forgotten, nor their sacrifices.

Soaring over the Eagle River with Highway 24 on its back, Red Cliff Bridge is an iconic and gorgeous steel bridge finished in 1940. It’s located nearby Vail, roughly eight miles south of Minturn in the hidden mountain town of Red Cliff. This incredible construction was created by King Burghardt, an engineer and bridge designer who was years ahead of his time, along with the work of F.M. Kenney, who helped to construct it.

A journal entry of Burghardt’s detailed the difficulty of the bridge’s construction, which consisted of workers being lifted by scaffold to the bridge each morning and dealing with the harsh cold and winds that came along with the height all day as they worked. Temperatures could reach as low as 0 degrees while working at the height of 200 feet, but workers persisted to create this iconic structure.

In 2004, the hard work of those early engineers was rehabilitated, with crews adding in a new deck to deal with the potholes that had collected on the original. This work cost more than $3 million and won awards for its reconstruction. Because of Red Cliff Bridge’s status as an icon of bridgework, however, the workers took special care to not disturb the original design of the bridge in their rehab. Today it looks just as gorgeous as it did the day it was built. Don’t miss out on this incredible bridge on your next trip down Highway 24.

We haven’t talked much about modern bridges yet (aside from Veteran’s Bridge in Pueblo) but one additional marvel of engineering is Denver’s Millennium Bridge, which opened in 2002. This gorgeous cable-stayed construction rises up from 16th Street Mall and crosses the railroad tracks and light rail to connect it with Commons Park, providing pedestrians with a beautiful way to cross the tracks without much effort.

One design feature of the bridge is its intentionally-short height. Rather than make pedestrians clamber up 50-100 stairs to get across the bridge, only 25 steps are required to get up and over the Millennium Bridge. For those who have difficulty with steps, two glass elevators sit on either side of the bridge, making it accessible without climbing.

If you’re already planning on spending a day in Denver, we highly recommend you take a walk over this triumph of modern bridge-building. Not only will its single-masted, cable-stayed construction please your eyes, your mind will also be fascinated with its intricacies and architectural appeals.

The San Luis Bridge is another prominent former road bridge that now serves pedestrian traffic. Like Denver’s 19th Street Bridge, this one is also on the National Register of Historic Places. It was originally built in 1911 to carry State Highway 15 in southern Colorado, but near the end of the century it had become a country road before being turned into a pedestrian walk.

The San Luis Bridge is unusual for its design. Open spandrel arch bridges are found more often in New England than Colorado. In Connecticut, for instance, these types of bridges abound. In the Rocky Mountain region, however, these bridges are not often found, which makes this one in sleepy San Luis, Colorado’s oldest continuously inhabited town, even more special.

Historic Sites to Visit and Explore

It’s quite fascinating to learn about the past of Colorado’s roads and bridges. If you’re a history buff or just someone who enjoys the rich remnants of the olden days, there are plenty of fascinating things to learn about in Colorado. For a primer on some of the unusual history of the Rocky Mountains, take a look at our list of famous events in Colorado’s history. You may be surprised at all that’s taken place within the state lines. For nature-based history, read this overview of wildfires in Colorado.