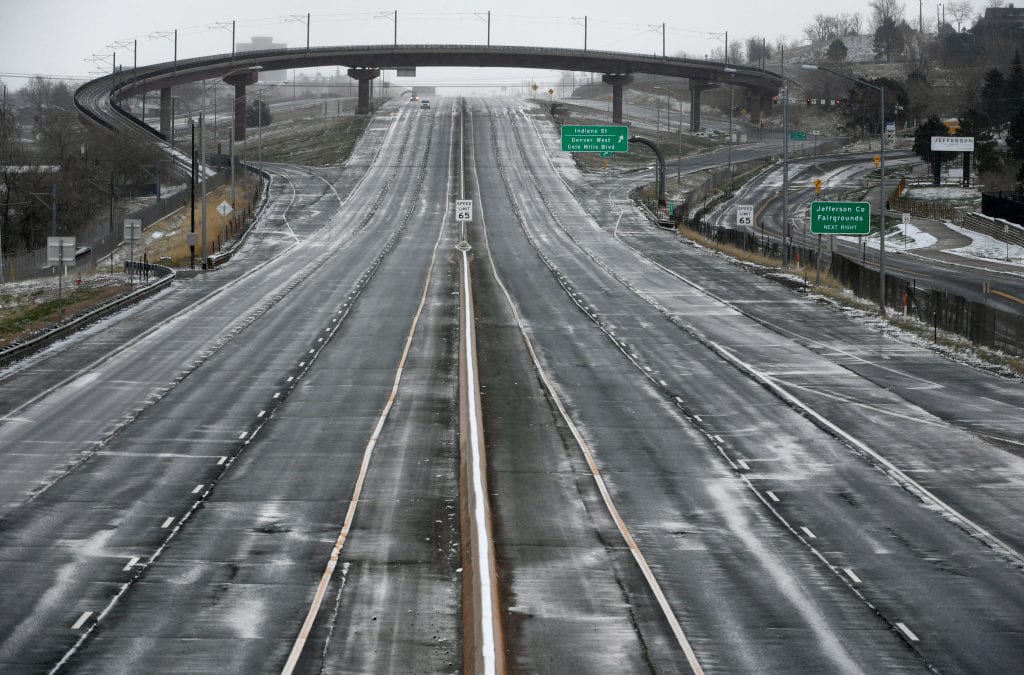 Stay-at-home orders and business closures have cut way down on traffic, resulting in fewer accidents and claims paid out by insurers. Now, more of those insurers are starting to refund the money they are saving back to their customers.

Insurers covering more than eight in 10 U.S. drivers have agreed to refund more than $6.5 billion back to their customers, according to a study released Monday by the Consumer Federation of America and the Center for Economic Justice.

“It was clear to insurers by mid-March that claims were dropping dramatically. Just looking at the roads made that clear,” said Bob Hunter, director of insurance at CFA, in a conference call Monday morning.

Traffic is down by 60% nationally and in some cities as much as 80 to 90%, cutting accidents in half, Hunter said. In the middle of March, the CFA and CEJ began calling for insurers to return money to their customers. Pressure also built on social media, and it worked.

The two groups graded insurers on what share of premiums they pledged to give back to customers, as well as how they were giving them back and how quickly.

State Farm, the largest auto insurance provider in Colorado received an A for promising to provide an immediate dividend representing a quarter of the premiums customers had paid for coverage from March 20 to May 31.

American Family, an early mover in giving money back, also received an A. It will provide a $50 refund immediately per vehicle, which works out to a savings of 21% on April and May premiums.

Shelter Insurance received a B-plus for giving back 30% of customers’ premiums this month and next, while Allstate received a B for providing 15% back to customers.

Geico, the nation’s second-largest provider of automobile insurance, received at D-. It isn’t that Geico won’t give customers a break. It has told them it will show up in lower premiums when their policies come up for renewal. The CFA puts that in the category of “wrong answer.”

A handful of insurers haven’t announced any plans to rebate premiums, which consumer advocates argue is the equivalent to pocketing a huge windfall. They include almost all auto clubs affiliated with AAA, National General, Mapfre, Country Financial, and Sentry, according to the CFA.

“Insurers are responding by providing more than $10 billion in relief to customers through refunds, discounts and dividends through the COVID-19 crisis — with no action required by policyholders,” said Carole Walker, executive director of the Rocky Mountain Insurance Association.

She adds they are also providing payment relief for those who need it, extending coverage to customers in financial distress and providing grace periods on premium increases. People should call their insurance agents if they have any questions or need help, she said.

Consumer advocates argue the time to give money back is now, not months from now, given the financial hardship many are facing. But they also argue the discounts still don’t come close to matching the savings insurers are seeing. They urge insurance regulators to make sure premiums going forward are reduced to reflect the lower number of claims. And they want a pause on insurers using impaired credit scores and a driver’s license expiration to raise premiums.

“If the auto insurance companies’ experience has changed due to the COVID-19 emergency, the division will require them to reduce rates,” said Vincent Plymell, assistant commissioner for the Colorado Division of Insurance. “Also, we have had discussions about moratoriums on credit scoring. That is the type of thing we would expect from insurers in light of the changed risk out there now.”

Those who had longer commutes or put an above-average number of miles on their cars should call their insurers and ask for an even bigger break, said Doug Heller, an insurance expert with CFA.

“Make sure you are being rated on what driving you are doing, not on that you used to do,” he said.

And they advise consumers to ignore advice circulating on social media that they should just suspend coverage on their vehicles.

For one, they don’t know when they might need a vehicle to make an emergency trip to receive medical help or go to a grocery store that isn’t in walking distance, Heller said. Also, drivers who turn their coverage on and off are put into a higher risk category and charged more in premiums, outside of California, which prohibits that.

Also, a car left outside can get hit, either by another car passing by, a falling tree branch or soon enough, the hail storms that will show up in the weeks ahead.