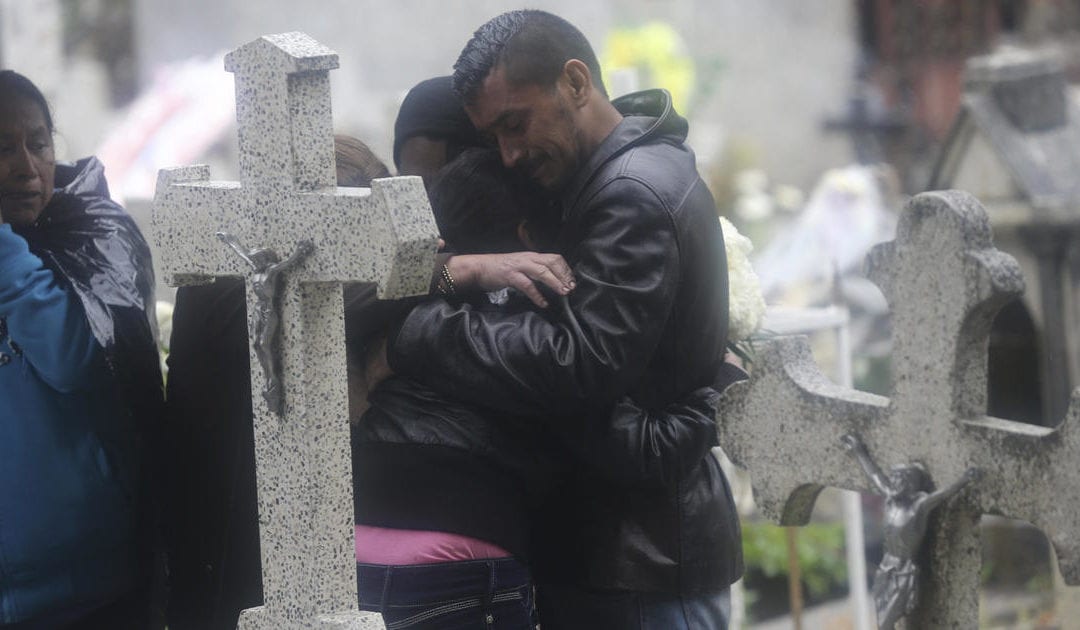 Another year, another homicide total unseen before in Mexico’s modern history as the country struggles to check rising violence.

Cartels and other criminal groups that hold sway over large swaths of territory are blamed for much of it, warring with each other and preying on local populations in places where the state, especially local authority, is weak or even in cahoots with the gangs.

In its latest National Drug Threat Assessment, published early this year, the U.S. Drug Enforcement Administration lists six Mexican criminal organizations as having significant trafficking impact on the United States: Sinaloa, Jalisco New Generation, Beltran-Leyva, Juarez, Gulf and the Zetas. But experts say most of the cartels have been splintered into competing factions in recent years, and today only Sinaloa and Jalisco meet the traditional conception of cohesive organizations with a large footprint. There are also other smaller, more local outfits.

Sinaloa, long led by notorious kingpin Joaquín “El Chapo” Guzmán, who is serving a life sentence at a Colorado supermax, is based out of the Pacific coast state of the same name but has a presence in much of the country, sometimes via allied local proxies. Sinaloa survived an apparent power dispute after Guzmán’s extradition that ended with the capture of cartel figure Dámaso López in 2017 and the surrender of his son. Today Guzmán associate Ismael “El Mayo” Zambada and Guzmán’s sons, known as “los Chapitos” or “the little Chapos,” are believed to be firmly in control.

Jalisco, based in Guadalajara, Jalisco, is Mexico’s fastest rising cartel, aggressively expansionist and not shying away from brazen, brutal tactics such as the October 2019 massacre of 13 police officers in Michoacan or the mass dumping in August of 19 bodies in the same state. CJNG leader Nemesio Oseguera Cervantes, alias “El Mencho,” is one of the most wanted men by both Mexico and the United States; the latter has offered a $10 million reward for his capture. The DEA says Jalisco is present in at least 24 of Mexico’s 32 states.

There are turf wars in many states, often between local groups or rival factions of erstwhile allies or even proxies for the big cartels. Jalisco’s ambition to expand and subsume smaller groups all over the country is seen as driving much of the conflict.

Experts say Jalisco is fighting Sinaloa in places from Tijuana, across from San Diego; to Zacatecas, in central Mexico; to Quintana Roo, home to Cancun and other popular Caribbean resorts. It’s fighting Gulf and Zetas splinters in Veracruz, along the Gulf of Mexico. And in states such as Guerrero and Michoacan, against local groups such as Los Viagras. Michoacan has seen some of the most shocking violence so far in 2020, such as the massacre in early February of nine people including four boys at a video arcade.

Sinaloa is also in conflict with Juarez remnants and proxies in the border area of the northern states of Chihuahua and Sonora; it was here that three women and six children from the U.S.-Mexican Mormon community were ambushed and shot dead in November along a rural mountain road. Sinaloa is also said to be supporting some local groups in their fights against Jalisco.

Zetas and Gulf offshoots are disputing control of the eastern part of Mexico’s border with Texas, including the Gulf coast state of Tamaulipas, a key smuggling corridor. Scott Stewart, a vice president and security analyst for global intelligence firm Statfor, said Jalisco has also made a play there including in Reynosa, across from McAllen, Texas. He called the conflict in Reynosa “a free-for-all” with little likelihood of a single figure emerging to control the “plaza” anytime soon.

According to a February report by Stratfor, synthetics such as meth and fentanyl offer the largest profit margins. Production appears to be exceeding U.S. demand, it said, and cartels have begun looking to ship synthetics to new markets in places like Australia, New Zealand and Europe.

Stratfor also noted an increase in 2019 in production of concentrated cannabis oil. Often smuggled in buckets, it’s more compact and easier to move across the border than the huge marijuana bales of old and can be used to make edibles and other products.

Most cross-border drug smuggling happens through ports of entry in private vehicles or mixed in with legitimate cargo on tractor-trailer trucks, according to the DEA. Cartels, mostly Sinaloa, employ underground tunnels to California and Arizona. They also use cargo trains, passenger buses, boats and individuals carrying loads in backpacks. The DEA says cartels use light aircraft for drug drops, mostly marijuana. Drone use is currently limited to small loads, though that could change “if their carrying capacity is increased.”

Cartels and gangs aren’t just in the business of smuggling drugs and fighting each other.

Rather, they have diversified into a range of illegal activities such as extorting businesses – Coca-Cola Femsa was forced to shutter a bottling plant in Guerrero in 2018, and last year a Ford dealership in Guanajuato closed after it was shot up.

Criminal groups are also involved in kidnapping, people-smuggling and theft of cargo and fuel. President Andrés Manuel López Obrador’s government has prioritized cracking down on fuel theft and says it has dramatically reduced incidence rates, but that has come with its own unwelcome side effects – in Guanajuato, the Santa Rosa gang has turned from fuel theft to extortion.

A notable exception, according to security consultant Samuel González, who previously headed up the Mexican Attorney General’s Office’s now-defunct Special Organized Crime Unit, is the Sinaloa cartel, which he said has basically stuck to the traditional business of moving drugs: “They have not wanted to get involved in other areas.”

López Obrador espouses what he calls “hugs not bullets,” emphasizing addressing root social causes of criminality such as poverty, inequality and joblessness. That’s at least a rhetorical departure from his two immediate predecessors, the latter of whom launched Mexico’s militarized anti-cartel offensive in 2006.

López has restructured security forces under a new National Guard, with tens of thousands of troops drawn mostly from police and the armed forces. But immediately upon deployment last year, many Guardsmen were diverted to immigration enforcement following pressure from Washington.

Last October saw a security operation in Culiacan, the cradle of the Sinaloa Cartel, that cornered one of “El Chapo’s” sons. After gunmen with high-caliber weapons paralyzed the city with gunbattles, blockades and burned vehicles, authorities ordered a retreat and the son was allowed to go free to prevent further loss of life. That decision prompted questions about whether the federal government has a realistic strategy to achieve security.

López Obrador, in office since December 2018, says it will take time for his holistic approach to bear fruit. He has also said that white-collar crime such as corruption has done more damage than the cartels.

Both gangland violence and corruption are problems that well precede his administration.

Since then-President Felipe Calderón launched a militarized anti-cartel offensive in 2006, homicide rates are up more than triple. Mexico recorded 35,588 murders in 2019, the most since comparable records began to be kept in the 1990s, although the rate of increase was 2.7% – significantly below recent years.

The rule of law is broadly wanting in Mexico – over 90% of all crimes go unpunished – and many areas lack firm regional control, either by government or a strong gang.