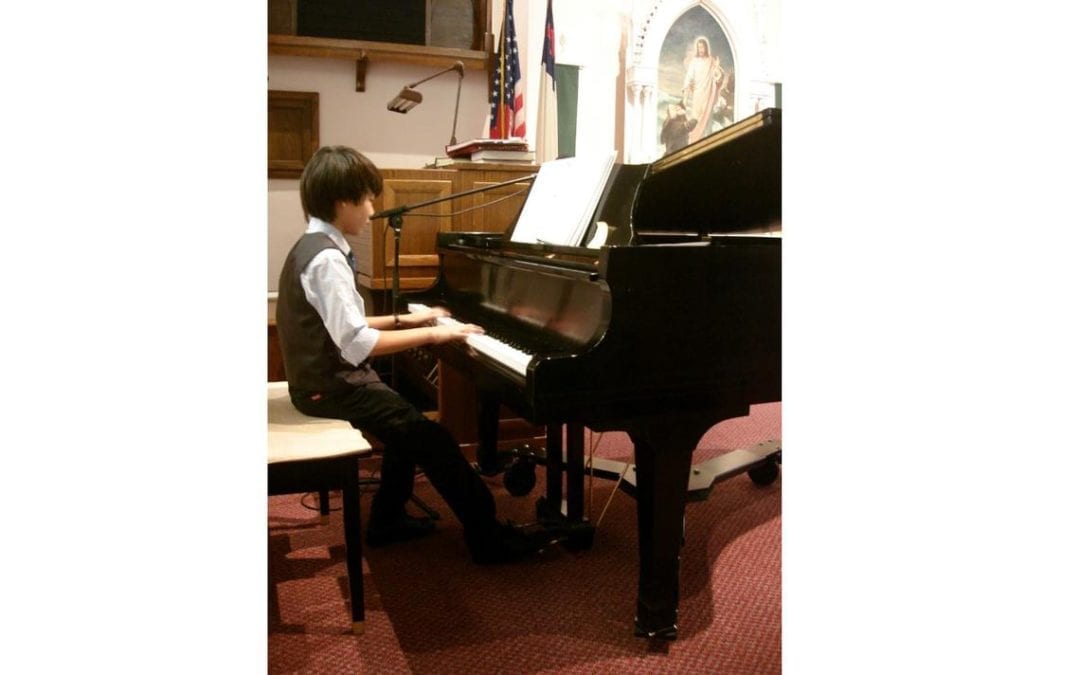 Titled “Two Harbors” the album focuses on his hometown and the music he hears as he makes his way through town.

“This is his thing: where we hear noises, he hears music,” said Eddie’s mother, Helen Ojard.

For example, Eddie might find inspiration in the sounds of the waves crashing against the shores of Lake Superior in Burlington Bay.

“I can hear the music in that, and it helps me write,” Eddie said. “If it’s a harsh sound, you put down a hard melody with those harder characteristics. If it’s a sweet little tune, then you use the lighter notes to mark that.”

Eddie’s writing process mostly consists of playing, recording and listening back again and again. He also uses a music software program called Finale to make adjustments and write out his pieces.

“I listen back and see if there’s something missing,” Eddie said. “Then I might later add something more to it or play around with it more to find what works.”

He also works with a mentor, Eric Hagman, who helps him determine when a piece is complete.

Eddie used this process for most of the 14 songs on the “Two Harbors” album. But he also wrote a few pieces that have more familiar rhythms such as the “Two Harbors Waltz” and “Two Harbors Rag.” Then he took bits and pieces from each of the songs he wrote to create the final number,”My Town Two Harbors.”

“I may have overdid myself on this one,” Eddie said. “But my style and techniques have been growing and changing with time. As I get older, my hands get bigger and I can take on more and more techniques.”

Eddie has been playing piano since age 3 and composing since age 4. He was trained to play piano using the Suzuki method, created by Japanese violinist Shinichi Suzuki. The method is an internationally known music curriculum and teaching philosophy dating back to the mid-20th Century. Eddie has completed all levels of his Suzuki training.

His album has already been released and is available at Anderson’s Greenhouse and Sweet Peas in Two Harbors. He’s planning to host an album release party in the future, but the date is yet to be determined because of the COVIE-19 pandemic.

“But I’m glad the album is coming out now, as it’s a good time to lift people’s spirits,” Eddie said.